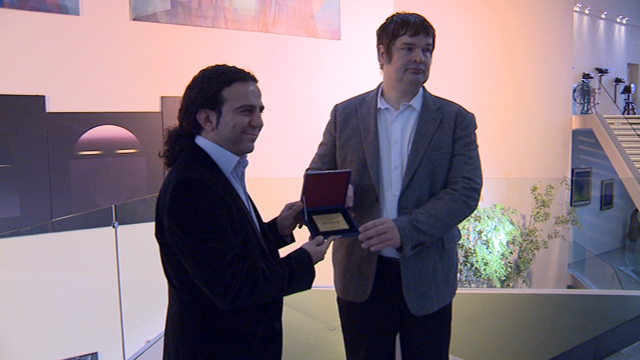 The South East Europe Media Organisation (SEEMO), an affiliate of the International Press Institute (IPI), has named Bülent Mumay, editor-in-chief of Hurriyet.com.tr, as the winner of the 2013 SEEMO Human Rights Award.

Mumay was recognised for his human rights-oriented editorial approach and his dedication to the rights of Turkish citizens. Hurriyet.com.tr is widely believed to represent the views of many different groups in Turkish society and, through its news reporting, contributes to the promotion of fundamental rights in Turkey.

Hurriyet.com.tr’s reports became increasingly important throughout 2013, in the face of mounting pressure from the authorities and a challenging time for the country. A team of some 30 journalists work for the news portal.

Born in 1977, Mumay is a graduate of Istanbul University. He did his master’s thesis on “Internet Journalism and the Changing Role of News” and is working on a doctorate at the university’s journalism school.

The SEEMO award will be presented by Oliver Vujovic, SEEMO secretary-general, on 4 December 2013 in Istanbul. The SEEMO Human Rights Award was established in 2002 in connection with International Human Rights Day on 10 December. Previous award winners are:

2009: Pavol Demes, director of the Bratislava office of the German Marshall Fund of the United States.