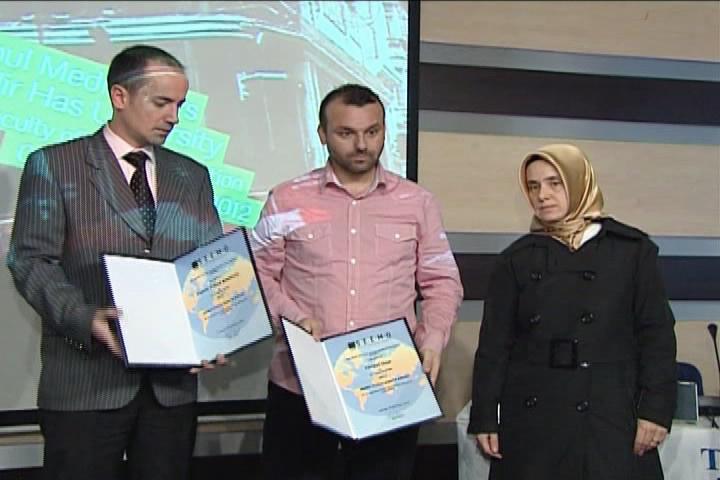 The award is scheduled to be presented during a ceremony on 6 December 2012 at the Kadir Has University in Istanbul, Turkey.

Ünal has worked as a cameraman for different news organizations in Turkey, including TRT Turk and CNN Turk. In May, the Turkish Association of News Cameramen awarded him the Baran Information Technology Special Award as part of the ZOOM 2011 Best News Pictures of the Year International Competition for Ünal’s coverage of the conflict in Libya in 2011.

Ünal was covering the Syrian civil war for the U.S.-funded Arabic-language satellite station Al Hurra in August 2012 when he travelled to Aleppo, where he was kidnapped, beaten and delivered to the Syrian Army on 21 August. He was released on 18 November after 89 days in captivity.

Fahmi Kaddumi, also with Al Hurra, travelled to Aleppo with Ünal and disappeared on 21 August. According to Ünal, Fahmi Kaddumi was shot as a pro-regime militia attacked the pair and other journalists with whom they were travelling. Ünal said he has not seen his colleague since that day and Fahmi Kaddumi’s whereabouts remain unknown. The Syrian government denies that it is holding him captive.
The SEEMO Human Rights Award was established in 2002 in connection with the International Human Rights Day on 10 December. Previous award winners are: