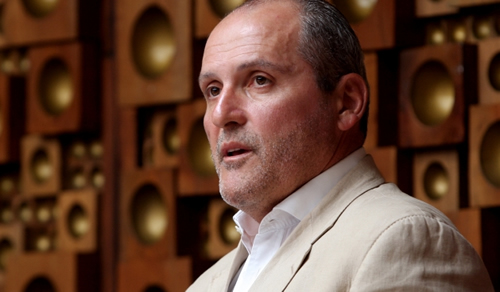 Kosovo journalist, publisher, politician and human rights activist Veton Surroi has won the 2011 SEEMO Human Rights Award. The SEEMO board praised Surroi’s non-violent methods and consistent “commitment to human rights” in all of his professional activities.

The 2011 SEEMO Human Rights award will be presented to Veton Surroi on 24 November 2011 at 18.30 in the Hotel Victory, Pristina, Kosovo, during the international conference on News Agencies and New Media in South East and East Europe.

Born in 1961, Surroi spent many years abroad, mainly in Latin America, accompanying his father on his diplomatic missions. He obtained university degree in Mexico City, Mexico. 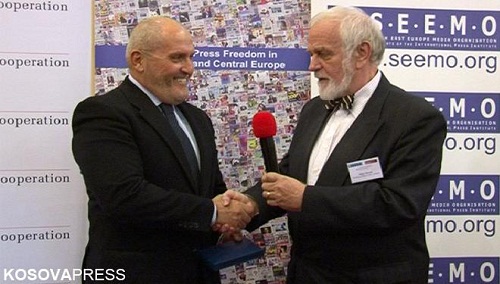 Presentation of the SEEMO Human Rights Award 2011 to Veton Surroi

It was unanimo Upon returning to Kosovo, he worked as a journalist for the Pristina-based daily Rilindja. After the fall of communism, he founded the Koha Media Group, which became one of the most influential media groups in Kosovo. As a journalist, Surroi defended Kosovo Albanians against the policies of former Serbian President Slobodan Milosevic. As an influential public figure, both as a political and a civil society activist, he participated in the 1999 Rambouillet peace talks and was one of the signatories of the Rambouillet Agreement.

The Rambouillet Agreement was a proposed peace agreement between then-Yugoslavia and a delegation representing the ethnic-Albanian majority population of Kosovo presented in Rambouillet castle in France.

As head of the Reformist Party ORA and an MP (2005 –2007), he participated on behalf of the Unity Team of Kosovo, which negotiated the country’s independence.
Surroi currently chairs the Board of the Foreign Policy Club, a Kosovo NGO specialised in international policy.

Surroi has edited numerous books and in 2005 published a recompilation of his texts in the volume: Fluturimi i vetëm i Azem Berishës për në Kështjellë ( “Azem Berisha’s One and Only Flight to the Castle”).

In 2000, Surroi received the IFJ Award of the Year as well Holland’s Geunzejgen Medal and the National Endowment of Democracy Award.