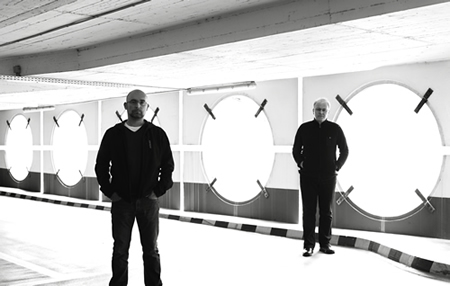 The Central European Initiative (CEI) and the South East Europe Media Organisation (SEEMO) are pleased to announce the winners of the CEI SEEMO Award for Outstanding Merits in Investigative Journalism 2012, Matej Šurc and Blaž Zgaga from Slovenia.

The Jury unanimously decided to hand the Award to Šurc and Zgagafor theirremarkable investigative work on arms dealingin Slovenia and in other countries of the former Yugoslavia in the 1990s, which resulted in the trilogy “In the Name of the State”. Their investigation was undertaken with great effort in terms of research and documentation as well as cooperation with investigative journalists from the region, which added value to the whole story. The fact that the authors received death threats after publishing the books and had to work under difficult conditions should be also highlighted. The choice of Šurc and Zgaga as winners of this year’s award is in line with the main criteria of selection – the quality of reporting; the impact on society of the messages conveyed; and the personal risks taken while performing one’s duty. 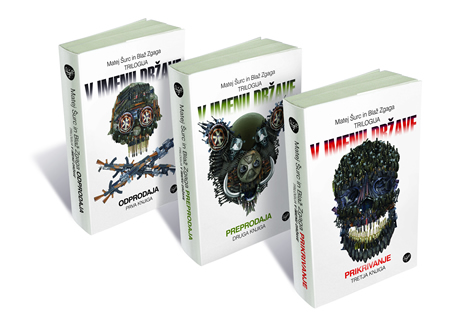 Matej Šurc and Blaž Zgaga will receive the Award of 5,000 EUR, offered by the CEI, on the occasion of the South East Europe Media Forum, to be held in Budva, Montenegro, on 22-23 October 2012. 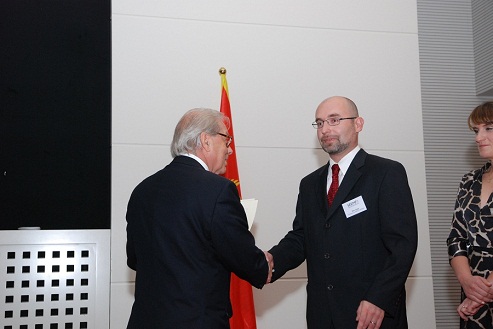 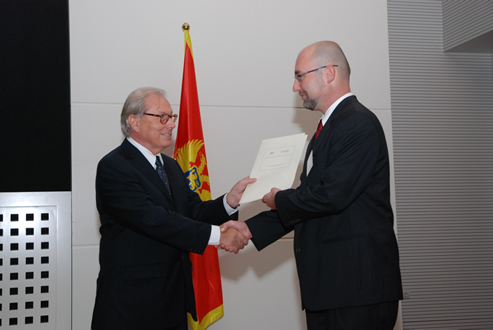 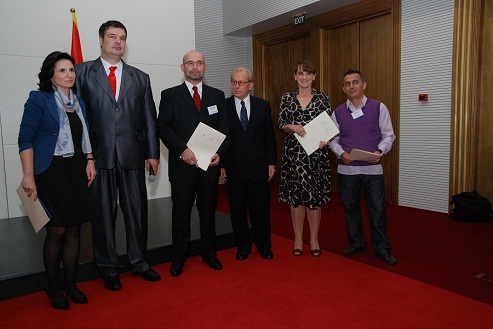 The Jury also decided to assign a Special Investigative Diploma to the Albanian journalist Telnis Skuqi, a correspondent for Albania’s Telegraphic News Agency (ATA) in the town of Gjirokastra, as recognition for work on investigative stories at a local level. A Special Mention was given to CIN Sarajevo for their remarkable contribution to investigative journalism in the region.

BACKGROUND
The Central European Initiative (CEI) was founded in 1989 as the first forum promoting regional cooperation among the countries of Central and Eastern Europe. Oriented towards policy dialogue, the CEI also focuses on economic growth and human development. Special attention is paid to capacity building, experience sharing and know-how transfer in order to achieve cohesion in areas of mutual interest and assist its non-EU Member States in consolidating their economic and social development in view of further EU integration. The CEI core mission is: regional cooperation for European integration, while acting as a bridge between macroregions. Cooperation in the field of media stands among CEI priorities. Initiatives are promoted to encourage experience sharing and awareness raising with the aim to endorse media pluralism, transparency and independence. www.ceinet.org

The South East Europe Media Organisation (SEEMO), an affiliate of the International Press Institute (IPI), is a regional non-governmental, non-profit network of editors, media executives and leading journalists from newspapers, magazines, radio and TV stations, news agencies and new media in South, East and Central Europe. With its committees, SEEMO aims to create a bridge between international media activities and the media developments in the region. One of SEEMO’s main activities is protecting press freedom by helping journalists and media outlets in South, East and Central Europe. Over 60 per cent of SEEMO’s press releases and letters of protest to governmental and other officials have had positive results in the past. www.seemo.org

The fruitful cooperation between the CEI and SEEMO has led to the creation of the Award for Outstanding Merits in Journalism which, since its first edition in 2008, was meant to honour journalists who highly contribute to investigative reporting despite the difficult conditions under which they often have to operate.

CRITERIA FOR ADMISSION
The Award is open to nationals of all 18 CEI Member States – Albania, Austria, Belarus, Bosnia and Herzegovina, Bulgaria, Croatia, the Czech Republic, Hungary, Italy, Macedonia, Moldova, Montenegro, Poland, Romania, Serbia, Slovakia, Slovenia and Ukraine – who have acquired in the last three years special merits in investigative journalism and who are still active in journalism. All media are accepted: print, broadcast, news agency or Internet.
The competing journalists should be nominated by individuals/organisations/media companies. Self-nominations are not allowed.

AWARD
The winning candidate will receive a cash prize of 5.000 EUR, offered by the CEI Secretariat, which will be officially presented on the occasion of the South East Europe Media Forum (SEEMF), to be held in Montenegro (Budva/Becici) on 15-16 October 2012.

TERMS OF PARTICIPATION
Applications should include the following documentation: 1. Filled in Application Form (here) 2. Curriculum Vitae of the candidate 3. Summary of the presentations of the candidate’s merits; details of the media which published / broadcasted the reports 4. Relevant supporting material about the candidate, such as TV reports on DVD, audio reports on CD, copies of articles in print media. The material prepared in local languages should be accompanied by a brief English translation. Please note that supporting material cannot be returned, therefore you are kindly invited to send copies of the original materials. Only applications including the above-mentioned documentation will be taken into account.