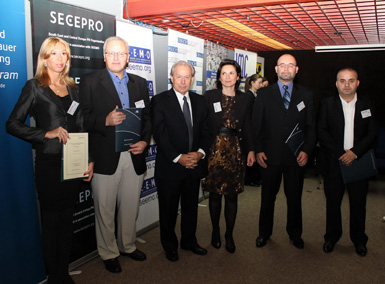 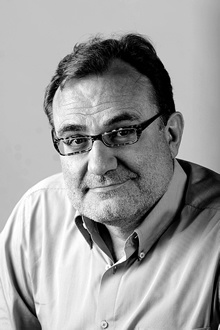 Presentation of the CEI SEEMO Award in Belgrade, November 2011

The Central European Initiative (CEI) and the South East Europe Media Organisation (SEEMO) are pleased to announce the winner of the CEI SEEMO Award for Outstanding Merits in Investigative Journalism 2011, Mr. Kalicki Włodzmierz.

Kalicki’s last success in investigative journalism was his tracking down in Germany of a famous painting by the Polish nineteenth century artist, Aleksander Gierymski. That work of art, entitled ”A Jewish Woman with Oranges”, was stolen from the National Museum in Warsaw during WWII. It was one of the most relevant paintings in the history of Polish art; searched, in vain, for many years after the war. Kalicki’s investigations helped Poland regain priceless items of huge value to the national culture. Furthermore, his articles highly contributed to disseminating information about the loss of the Polish cultural heritage during WWII.

Kalicki Włodzmierz will receive the Award of 5.000 EUR, offered by the CEI, on the occasion of the South East Europe Media Forum to be held in Belgrade, Serbia, on 2-3 November 2011.

The Jury decided to award a special investigative journalism diploma to Artan Hoxha (Albania) for his brave and professional coverage of police brutality during Albania’s January 2011 anti-government protest and penetrating documentaries on some of the wildest gangs in gangland Albania in the 1990s; to Dijana Subotički (Serbia) for her work on investigative stories along the news and reports, covering failures, missuse of power and corruption at local and regional level, but also as a message to journalists working on investigative stories at local level; to Matej Šurcand Blaž Zgaga (Slovenia), authors of the first of the book trilogy “In the name of the state”, for their investigative work on arms trade in Slovenia in 1990, based on consistent research of the arms dealings, supported by numerous documents and verified by credible sources as well as on a cross border investigative cooperation, which is an added value to the whole story.

The Central European Initiative – CEI (www.ceinet.org) was founded in 1989 as the first forum promoting regional cooperation among the countries of Central and Eastern Europe. Since its establishment, the CEI activities have focussed on fostering political and socio-economic development in the region aimed at avoiding new dividing lines in Europe. Its core mission is: Regional Cooperation for European Integration. Cooperation in the field of media stands among CEI priorities. Initiatives are promoted to encourage experience sharing and awareness raising with the aim to endorse media pluralism, transparency and independence. The fruitful cooperation with the South East Europe Media Organisation – SEEMO (www.seemo.org) has led to the creation of the Award for Outstanding Merits in Journalism which, since its first edition in 2008, was meant to honour journalists who highly contribute to investigative reporting despite the difficult conditions under which they often have to operate.

Criteria for admission
The Award is open to nationals of all 18 CEI Member States (Albania, Austria, Belarus, Bosnia and Herzegovina, Bulgaria, Croatia, the Czech Republic, Hungary, Italy, Macedonia, Moldova, Montenegro, Poland, Romania, Serbia, Slovakia, Slovenia and Ukraine) who have acquired in the last three years special merits in investigative journalism and who are still active in journalism. The competing journalists should be nominated by individuals/organisations/media companies. Self-nominations are not allowed. All media are accepted: print, broadcast, news agency or Internet.

AWARD
The winning candidate will receive a cash prize of 5.000 EUR, offered by the CEI Secretariat, which will be officially presented on the occasion of the South East Europe Media Forum, to be held in Belgrade in November 2011.

Terms of participation
Applications should include the following documentation: 1. Filled in Application Form (here) 2. Curriculum Vitae of the candidate 3. Summary of the presentations of the candidate’s merits; details of the media which published / broadcasted the reports 4. Relevant supporting material about the candidate (TV reports on DVD, audio reports on CD, copies of articles in print media). Reports in local languages should be accompanied by a brief English translation. Please note that supporting material cannot be returned, therefore you are kindly invited to send copies of the original materials.