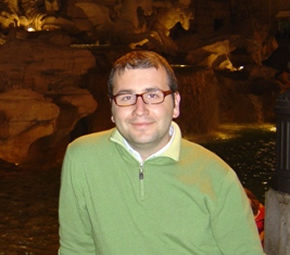 The Central European Initiative (CEI) and the South East Europe Media Organisation (SEEMO) are pleased to announce that the young investigative journalist Besar Likmeta from Albania is the winner of the CEI/SEEMO Award for Outstanding Merits in Investigative Journalism.

The meeting was also attended by Mr. Hari Stajner (Serbia), CEI expert in media issues, acting as advisor together with Mr. Oliver Vujovic (SEEMO Secretary General), Amb. Pietro Ercole Ago (CEI-ES Secretary General) and Ms. Barbara Fabro (CEI-ES Senior Executive Officer). The Jury examined a total of 26 nominations from 12 CEI Member States. The personal risks taken while performing the duty, the quality of reporting as well as the impact on society of the message conveyed were the main criteria taken into account by the Jury.

Besar Likmeta will receive the Award of 5.000 EUR, offered by the CEI Executive Secretariat, on the occasion of the traditional CEI Journalists Forum, to be held in Warsaw, Poland, in September 2009.

Besar Likmeta, born in Durres in 1983,is currently editor and project manager of the Balkan Investigative Reporting Network (BIRN). Likmeta investigative work has streched from fake degrees to consumer protection and fraud by large state corporations. In 2008-2009, Limkmeta has produced several significant investigative reports that were widely republished and have made an impact in the Albanian society as well as regionally: Albania Ignores Trade in Fake Degrees, Wind Farm Threatens Albanian Paradise, World Bank Demolished Albania Village
Likmeta has worked as professional journalist for various print publications, electronic media and television. He started his career reporting for the Florida Times Union in Jacksonville, Florida. He moved to Albania in 2005 where he has been a features editor for the Tirana Times, a world news editor for the 24 hour news channel, TV Ora news, and lately as BIRN Albania editor. He has also contributed stories to various publications such as Jane’s Intelligence Review, Businessweek and World Politics Review.

Moreover, the Jury decided to award a special mention to Esad Hecimovic from Bosnia and Herzegovina and to Stefan Candea from Romania, in recognition of their valuable contribution to investigative journalism. For that, they will receive a CEI SEEMO diploma during the CEI Journalists Forum.

BACKGROUND
The Central European Initiative (CEI) has traditionally paid particular attention to the area of information and media and encouraged the role of independent media in its Member States. In view of the difficult conditions under which journalists are frequently exercising their profession, in 2008 the CEI, in cooperation with the Vienna-based South East Europe Media Organisation (SEEMO), has launched the CEI Award for Outstanding Merits in Journalism, with a focus on investigative journalism. Following the positive outcomes of the edition 2008, the CEI and SEEMO are now launching the Call for Proposals 2009.

Criteria for admission
The Award is open to nationals of CEI Member States (Albania, Austria, Belarus, Bosnia and Herzegovina, Bulgaria, Croatia, the Czech Republic, Hungary, Italy, Macedonia, Moldova, Montenegro, Poland, Romania, Serbia, Slovakia, Slovenia and Ukraine) who have acquired in the last three years special merits in investigative journalism and who are still active in journalism. The competing journalists should be nominated by individuals/organisations/media companies. Self nominations are not allowed. All media are accepted: print, broadcast, news agency or Internet.

AWARD
The winning candidate will receive an award of 5.000 EUR, offered by the CEI Executive Secretariat, on the occasion of the CEI Journalists’ Forum to be held in Poland in September 2009. The winner will be invited to attend the Forum and his/her participation expenses will be covered by the CEI.

Composition of the jury The International Jury will be composed of distinguished journalists coming from the CEI region. Amb Pietro Ercole Ago, Secretary General of the CEI Executive Secretariat, Mr Oliver Vujovic, Secretary General of SEEMO and Mr Hari Stajner (CEI expert in media issues) will act as advisers.

Terms of participation
Applications should include the following documentation: 1. Filled in Application Form 2. Relevant supporting material (e.g. summary of the presentations of the candidate’s merits; Curriculum Vitae of the candidate; details of the media which published / broadcasted the reports).