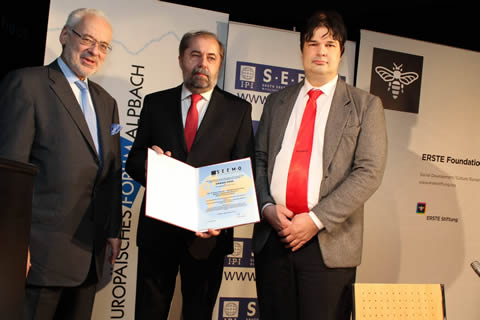 Croatian journalist Dragutin-Drago Hedl is the winner of the 2011 Dr. Erhard Busek – SEEMO Award for Better Understanding in South East Europe. An 11-member international jury honoured Hedl for his outstanding contribution to improving inter-ethnic communication and reconciliation, as well as for his investigative reporting on war crimes committed in Croatia in the 1990s 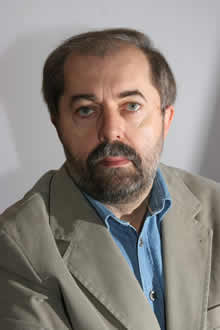 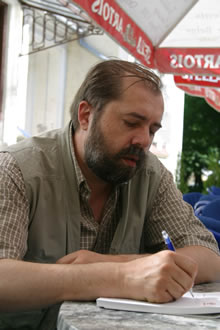 Drago Hedl was born in 1950, in Osijek, Croatia, a town 280 kilometers east of the capital, Zagreb. He began his career in 1975 with the literary magazine Revija in Osijek. From 1980 to 1991, he worked as a journalist and editor for the main regional daily Glas Slavonije. Upon the outbreak of the Serbo-Croat war in Croatia, Hedl refused to participate in war propaganda efforts and acts of hate speech. As a result, he was sacked in 1991 when politicians and the local army bosses stormed the paper’s building.

From 1991 to 1994, he covered the wars in Croatia and Bosnia for the Split-based daily Slobodna Dalmacija. After a year spent in London, working for the Institute for War and Peace Reporting, Hedl returned to Croatia. He worked for Feral Tribune, Novi List and since 2008 he has been writing the Zagreb daily Jutarnji List. In addition to writing for the Croatian media, he is published in The Guardian, Time magazine, Die Wochenzeitung, and numerous other US and European publications.

Due to his balanced reporting and investigations into war crimes, Held has been the target of government criticism, law suits, physical attacks and death threats. Nationalist organizations proclaimed him an enemy of the people. The latest death threat came in July 2011.

Hedl has written eight books and four scripts for documentaries, including the award-winning “Vukovar- the Final Cut” (Human Rights Award, 12thSarajevo Film Festival, Bosnia and Herzegovina). For his book on the convicted war criminal, Branimir Glavas, Glavas, the Chronicle of Destruction, Hedl received the Jutarnji List Award for the best non-fiction book in Croatia in 2010. Among the other prestigious Croatian and international awards he has received are: The Knight International Press Fellowship Award (2006) and The Central European Initiative Award for Outstanding Merits in Investigative Journalism (2008).

Hedl holds a B.A. Degree in Literature from the Pedagogic Academy in Osijek, Croatia.

The presentation will be followed by a panel discussion: “How does leaking change the World?

The event is part of the annual meeting of the Commission on Media Policy, organised by the Duke University School of Public Policy, ORF, European Forum Alpbach, ERSTE Stiftung and Styria International.
The Dr. Erhard Busek – SEEMO Award for Better Understanding, with a value of 3000 EUR, is sponsored by Dr. Erhard Busek, Jean Monnet Professor ad personam, President of the Institute for the Danube Region and Central Europe, Coordinator of SECI – the Southeast European Cooperative Initiative, former Special Coordinator of the Stability Pact for South Eastern Europe, and President of the European Forum Alpbach.

The Dr. Erhard Busek – SEEMO Award for Better Understanding was introduced in 2002.

The previous winners are: