Detainment of Roman (Raman) Protasevich (Раман Дзмітрыевіч Пратасевіч), 26, following the forced diversion of a Ryanair aircraft on a scheduled flight from Athens to Vilnius (flight FR4978) is against all laws and international standards. He was arrested at the Minsk National Airport on 23 May 2021 after the Belarusian authorities removed him from a Ryanair flight that was forced to land in Belarus. Protasevich is a journalist and co-founder of the Nexta channel on Telegram (messaging app for smartphones). Nexta and Nexta Live now have nearly two million subscribers and posts included crowd-sourced photos and videos of police brutality in Belarus. The Nexta team is based in Poland. Protasevich works since March 2021 as editor for Belamova, a different Telegram channel.

His girlfriend Sofia Sapega, 23, was also arrested after the plane landed in Minsk. She is a Russian citizen and a law student in Lithuania.

It is a clear “state sponsored” plane hijacking. SEEMO demands the immediate release of Roman Protasevich and other journalists detained in Belarus.

Belarus has been tightly-controlled by Alexander Lukashenko since 1994

On 18 May 2021 Belarusian officials announced the launch of a criminal case against the leadership of Tut.by, Belarus’s most prominent independent media outlet. Financial police searched the homes and offices of the publication’s journalists and at least 11 Tut.by employees were detained. The authorities also blocked Tut.by’s website. Security forces came also to the offices of online media Hoster.by and av.by.

According to Belarusian Association of Journalists (BAJ) Alexander Burakou, who collaborates with Deutsche Welle, received 20 days of administrative arrest for alleged “repeated participation in an unauthorized event within a year”. Burakou was detained on 12 May 2021 near Mahiliou regional court building. Uladzimir Laptsevich, reporter of 6tv.by received a similar sentence — 20 days of arrest. 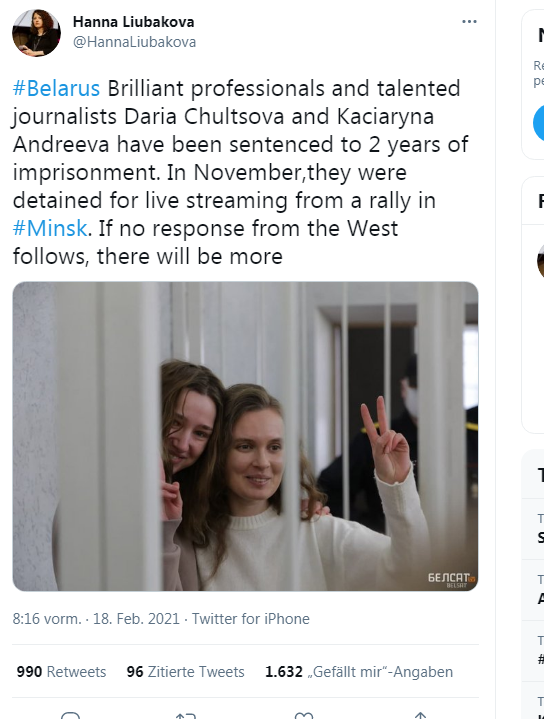 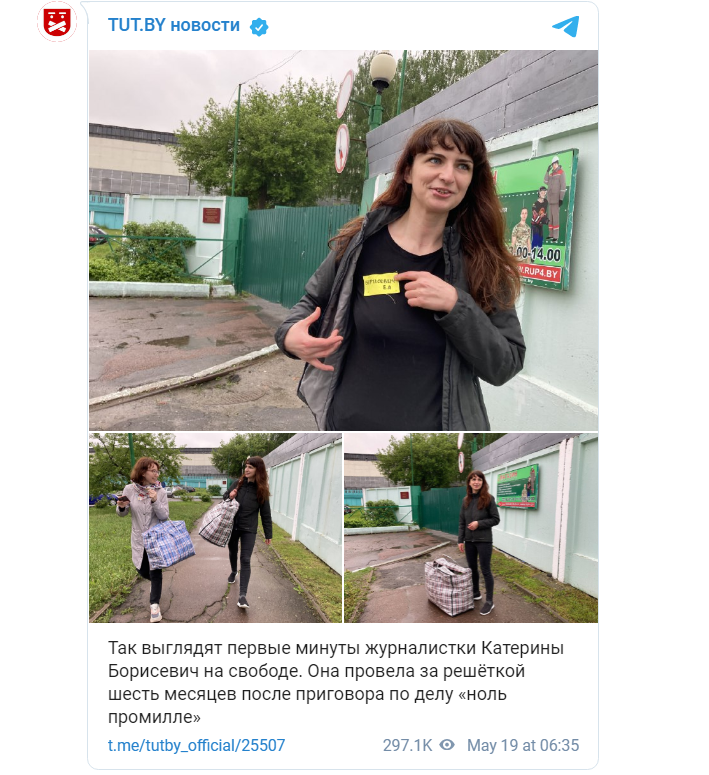 Tut.by journalist Lyubov Kasperovich was given 15 days in police custody for attending a mass event.

Journalist Tatyana Kapitonova was accused of taking part in an unsanctioned rally and jailed for 10 days.

Over 100 people, including five journalists, were detained in late March 2021. One of them was Yazep Palubiatka a journalist working for the Belarusian newspaper Hazeta Slonimskaya, who was summoned by the police on 22 March 2021.

Journalist Katerina Borisevich was arrested in November 2020 and on 2 March 2021 a Minsk court sentenced Borisevich to six months in prison and 1,150 USD in fines. She was released from custody on 19 May 2021, taking into account time already served.

According to the Belarusian Association of Journalist (https://baj.by/) In 2020, 480 detentions of journalists were recorded in Belarus.

In 2020, there were 97 cases of journalists serving administrative arrests in Belarus.

In 2020, after Election Day on 9 August, at least 62 cases of physical violence against journalists were recorded in Belarus.

The list includes incidents which the Belarusian Association of Journalists regards as violations of journalists’ rights, committed by representatives of the authorities.