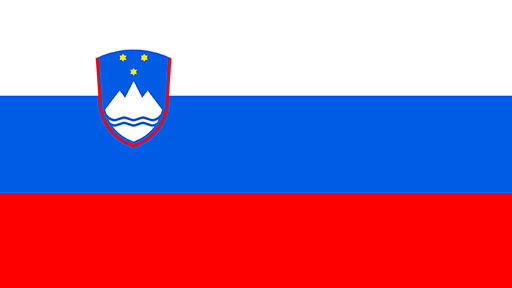 11 December 2020 – The South East Europe Media Organisation (SEEMO) is surprised by the decision of the Slovenian Government Communication Office (Urad vlade za komuniciranje – UKOM) to end the cooperation with the Slovenian Press Agency (Slovenska tiskovna agencija – STA) for the year 2020 and not to be able to implement the contract for 2021.

SEEMO called on the Slovenian authorities to restrain from exerting undue political pressure on STA news agency and on the public broadcaster RTV Slovenija.

According to STA management there was no legal basis for UKOM to suspend financing of the public information service performed by the STA under the annual contracts. The STA said that, despite all obligations from the 2020 contract having been fulfilled. UKOM withdrew the public service funds for October 2020 as well as a contribution for marketing service.

STA added that in a series of memorandums, UKOM had demanded answers to content-related questions about the journalist work of the STA, and about specific news content and responses to that content that ran against the editorial autonomy provided by law. According to STA the agency was regularly responding to the UKOM memorandums in a manner and within the scope envisaged by the legislation and the annual contract. The press agency said it regularly informed its supervisory board about its operations in a transparent manner, and its annual reports were also discussed in parliament. Its operation is also subjected to regular external and internal audits. According to STA only the government as the sole founder of the STA might request information in such a scope.

On 8 December 2020 the STA supervisory board has called on the government to take necessary steps to resume regular financing of the Slovenian Press Agency (STA) for the public service it performs after concluding, based on a legal opinion commissioned by the STA management, that the Government Communication Office has no legal basis to arbitrarily suspend financing. The STA supervisory board reviewed in detail the correspondence between the agency and the Government Communication Office (UKOM) and the situation after UKOM failed to transfer to the STA the overdue October 2020 instalment of the annual fee under the agreement between the STA and UKOM. The board established that the STA leadership had not acted in contravention of the valid law in its communication with UKOM, having ascertained there was no legal act whereby the government would authorise UKOM to act on its behalf as the STA shareholder in relation to the agency. In its conclusions, the board brings the government’s attention to pressure exerted on the STA by UKOM that it says is in contravention to the valid law. The author of the legal opinion, corporate law expert Gorazd Podbevšek finds the government has an obligation under law to pay for the public service and has the power and responsibility to act as STA shareholder. His conclusion is thus that there had been no legal grounds for the suspension of financing, which was hence unlawful. “Any other interpretation of the agreement, where it could be interpreted that explanations can be sought about anything, including editorial policy, commercial activities or such, would be null and void,” he said. He conceded that certain data such as those on commercial activities or business performance beyond public service can be requested by the government as STA shareholder based on article 512 of the companies act. However, under the STA law, the government cannot exercise that right in a way that would jeopardise the agency’s independence, including its financial independence. He noted that the aim of the special law is to prevent the STA from being subjugated to a political or any other bloc. “In our opinion, the government thus has an obligation to exercise shareholding rights in a way that is in accordance with the special STA legislation.”

According to STA “due to the suspension of financing by UKOM, the STA has found itself in a situation that threatens the agency’s operational stability and the ability to perform the public information service it is required to by law.”

According to UKOM, STA has been called to produce documents from which UKOM would interpret the financial operations of the agency so that the 2021 contract could be concluded. “Since the STA has failed to send us the requested documentation despite several calls, UKOM is not able to continue to honour the requests for payment…”. UKOM added that, without a comprehensive insight in the operations of the STA, it was not able to establish what “adequate financing” for comprehensive and undisrupted performance of public service, as defined in the STA act, actually meant. Consequently, UKOM is not able to conclude the contract on the financing of public service to be performed by the STA in 2021, the government office added.

Partners in the Rapid Response Initiative on Freedom of the Media (MFF) expressed serious concern about the recent decision by the government communications bureau to end funding STA. On 7 December 2020 the International Federation of Journalist (IFJ) joined the European Federation of Journalists (EFJ) and its affiliates, the Slovenian Journalists’ Association (DNS) and the Slovenian Union of Journalists (SUJ) to demand an immediate repeal of the decision, which threatens the agency’s ability to publish trustworthy information to citizens and threatens press freedom. A support for STA came also from EANA – the European Alliance of News Agencies. “Taking notice of the pressure exercised on our member STA by severely cutting or even stopping its income from the public service contract with the state-owned UKOM, EANA – expresses its support for the independence STA, urging the Slovenian government to make sure that any further moves against STA, that would alter the Slovenian news agency’s workflow, reputation and business, come to an end,” Also Slovenian President Borut Pahor gave a support for STA : “The Slovenian Press Agency (STA) is doing important work in the interest of the public, which is why its existence should not be jeopardised.”

STA news agency and the public broadcaster RTV Slovenija are for a longer period criticized by Prime Minister Janez Janša.

Prime Minister Janša retweets often tweets with negative comments about STA and RTV Slovenija on his Twitter account. He is known for his fights on Twitter with journalists and critical citizens.

Janša made repeated attempts to replace the management of RTV Slovenija. On 20 March 2020 in one of his tweets Janez Janša criticised the work of its public broadcaster RTV Slovenija saying, “Do not spread lies. We pay you to inform, but not to mislead the public during these times. Obviously there are too many of you and you are paid too well,” (Ne širite laži, @InfoTVSLO Plačujemo vas za to, da v teh časih informirate, ne pa zavajate javnost. Očitno je vas preveč in ste predobro plačani. @RTV_Slovenija)

Prime Minister Janša, a right-wing politician, is also President of the Slovenian Democratic Party (Slovenska demokratska stranka, SDS). According to observers, Janša is in his views close to Hungary´s Prime Minister Viktor Orban.