The Vienna-based South East Europe Media Organisation (SEEMO) has announced on 29 November 2018 that Remzi Lani, founder and director of the Albanian Media Institute, is the winner of the 2018 Dr. Erhard Busek – SEEMO Award for Better Understanding in South East Europe.

An international SEEMO jury chose Lani, who has a long career in journalism and media development. He worked for many media, like Zeri i Rinise (Tirana), El Mundo (Madrid), Zeri (Pristina) Alternative Information Network (AIM) etc. He was co-editor of the Albanian edition of Foreign Policy Magazine. He is an author of various articles on Balkan affairs for international and regional magazines. 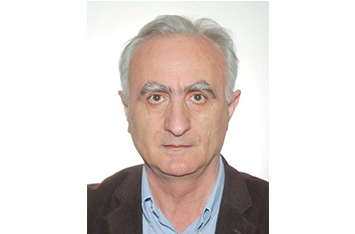 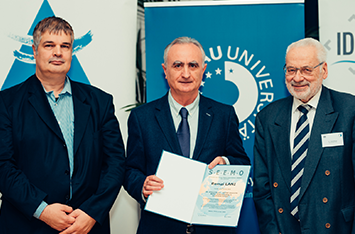 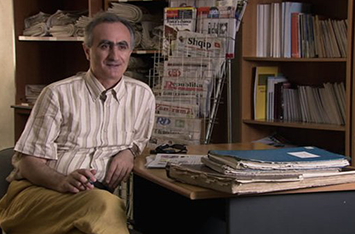 Lani was chosen for his longstanding media work in South East Europe, supporting development of media, media professionalism, and better cooperation between journalists in the SEEMO region. Lani was since end of the 80´ promoting press freedom in his country and the region and also constantly supported the work of minority media and the development of investigative journalism in the South East Europe.

Lani is member of European Council for Foreign Relations ; Member of the Steering Committee of GFMD (Global Forum for Media Development); Member of the Board of WAN-IFRA (World Association of Newspapers).

He was guest lecturer at Klagenfurt University (Austria), Otawa University (Canada), Windhoek Politechnic (Namibia). He worked as expert for the International Commission on the Balkans (2004).

The award, which carries a cash prize of €2,500, is scheduled to be presented on 29 November 2018 (16.15 ) in Krems, Austria (IMC University of Applied Sciences Krems, Am Campus Trakt G1, 3500 Krems an der Donau) by Dr. Erhard Busek, president of the Institute for the Danube Region and Central Europe (IDM), and by Oliver Vujovic, SEEMO secretary general.

Previous winners of the Dr. Erhard Busek-SEEMO Award for Better Understanding in South East Europe are:

– International Academy (Serbia) for the project Media and Inclusion of Persons with Disabilities;

– Nenad Šebek (Greece/Serbia) executive director of the Center for Democracy and Reconciliation in Southeast Europe (CDRSEE) in Thessaloniki for 12 years, developing and working on a wide variety of programmes, from the joint history project to the regional television talk show “Vicinities”;

– Jeta Xharra (Kosovo) director of the Balkan Investigative Reporting Network (BIRN), as well as a presenter on, and the editor-in-chief of, “Life in Kosovo”;