1. How is the whistleblower protection in Slovakia regulated ?
In Slovakia, whistleblower protection legislation came into force in January 2015, reflecting issues raised by our chapter and partner NGOs. Slovakia’s law is similar to the EU Directive. The Slovak Cabinet passed an amendment including TI SK’s recommendations in November 2018. In March 2019, the new Act No. 54/2019 Coll. “On the Protection of Persons Reporting on Anti-Social Activities” went into force. It introduced a new independent Office for the Protection of Persons Reporting on AntiSocial Activities.

So far, the Slovak parliament has not selected any of the candidates for the office’s director. The responsibility to protect whistleblowers from adverse employment actions was decentralized to regional labor inspectorates, which had neither experience with the issue nor new capacity to match the additional tasks.

To illustrate situation of whistleblowers in Slovakia, lets see numbers of granted protection to those who reported wrong doing. In 2018 there were 16 persons granted status of whistleblowers (in 5 cases by labour inspectorates and in 11 cases by prosecutors). Last year in 2019 number of granted status for whistleblowers decreased to 13 persons (by prosecutors or courts: 6 + by administrative authorities :7). In October 2018, TI SK published a ranking of the 100 Biggest Slovak Municipalities based on 100 indicators including questions about the number of received reports of wrongdoing from 2014- 2018. According to the survey, 89% of Slovak cities never received any report.

There is a new government in Slovakia after Parliament Election, that were in the end of February 2020. We hoped that new Authority – Office for Whistleblowers Protection would be established soon. Especially as party that won was underlining fight against corruption as their priority. Of course pandemic situation changed the priorities, however there have already minor changes done in judicial system. There are already two candidates for New Auhtority’s director position approved by Expert Commission since last autumn, one of them has to be elected by Parliament. New Government Policy Statement was submitted to Parliament in April. New Authority was mentioned in that document, too, but new whistleblowing authority office is till on hold, although our chapter has repeatedly reminded commitments and promises to new government including reminder in occasion of International Day of Whistleblowers in June. Due to this postponing whistleblowing agenda is in transition period till first half of 2021 earliest, when Office should be established.

This month we are going to publish fresh data from public opinion survey about knowledge of whistleblowing protection in Slovakia and willingness to report wrongdoing.

2. Can you please present us some main cases from your country?

There are several cases, to mentioned three of whistleblower cases related to those who were also awarded as
“White Crow”:
Ms. Zuzana Hlávková and Mr. Pavol Szalai/Slovak presidency in EU case: https://transparency.eu/zuzana/
Zuzana has been our member staff, more details about her work for our chapter and whistleblowing in her own words can be find here: https://spectator.sme.sk/c/20906290/ive-given-two-years-to-the-eu-presidency-scandal-im-leaving.html

I’ve given two years to the EU presidency scandal. I’m leaving. – spectator.sme.sk
Zuzana Hlávková is a whistleblower. She has worked for Transparency International Slovakia. I devoted three years to the presidency. First as a Foreign Ministry staffer responsible for cultural presentation, then I investigated the reasons for blown-up prices, and finally as a member of the Transparency International team.
spectator.sme.sk

4. Do you think that social media are a help for whistleblowers?

It might be, our chapter uses Facebook and LinkedIN as well as twitter and we consider it useful and efficient tool to raise awareness and create a campaign to call to action to support whistleblowers if needed, to push legislative changes, to remind commitments, to promote good practice and shame bad one in general. Content has to be always edited carefully according audience who is consuming it on social media.

During corona-crisis we were promoting movies about whistleblowers – to stay at home and learn about those who raised their voices against malpractices and wrongdoing. Mostly reactions were positive. On the other hand one must be prepared for dark side of social media, too. It often attracts people who comment any content about whistleblowers with negative intentions – labeling those who speak up as traitors and snitches. As admin of fan-pages that are having impact, we have to take care about discussions in comments and moderate them.

5. Connected to the Covid19 developments do you think that there was a space also for whistleblowers or all developments are transparent in your country? We are asking as we have information from several countries, that some activities of the officials connected to Covid19 are not so transparent.

In Slovakia we have also experienced, that some activities of the officials connected to CoviD19 were not so transparent and that there were officials willing to use the crisis for own profit, too. Our chapter has investigated purchase prices of health material during the corona crisis. In our public outcomes we underlined that the more resources are wasted in inefficient medical supplies purchases, the more they would be missed in a potentially longer crisis.

In the first place, the government started purchasing the masks, respirators, and disinfection very late. It resulted in low transparency and overpricing.

Our chapter published findings about problematic contracts including a contract with an until-then unknown one-person firm, another contracts with company whose CEO is a regional official of the Slovak Nationalists Party/that time still in government coalition.

Please find more in this article at our webpage:
https://transparency.sk/en/preco-v-case-koronakrizy-riesime-ceny-nakupov/

Why are we investigating purchase prices during the corona crisis? > Transparency International Slovensko

6. At the end, can you please present your work and of Transparency Slovakia.

Bit about me from my CV: Zuzana Grochalová studied Culturology at Constantine the Philosopher University in Nitra, she spent two semesters at Palacký University in Olomouc and one semester at Jagiellonian University in Kraków. She worked in non-profit sector as a coordinator of scholarship programmes and as a specialist for communication. Zuzana joined Transparency International Slovakia as junior fundraiser and project coordinator for whistleblowing projects in 2018.
Bit about TI SK: Our chapter has been the leading organization in Slovakia working toward advancing whistleblower protection and overseeing the implementation and measuring the effectiveness of corruption reporting systems. Our mission is to reduce corruption and increase transparency of the institutions. We observe the powerful, propose solutions, and engage people in public control. Transparency International was founded in Berlin in 1993 by a group of economists who were increasingly aware of the major impediments to corruption in the fight against poverty in developing countries. At present, Transparency has more than a hundred branches with it headquarters in Berlin, Germany. The Slovak branch was established in 1998 by the initiative of Eugen Jurzyca, Director of the Center for Economic Development. In 2002, it started to act alone as an independent civic association – Transparency International Slovakia. 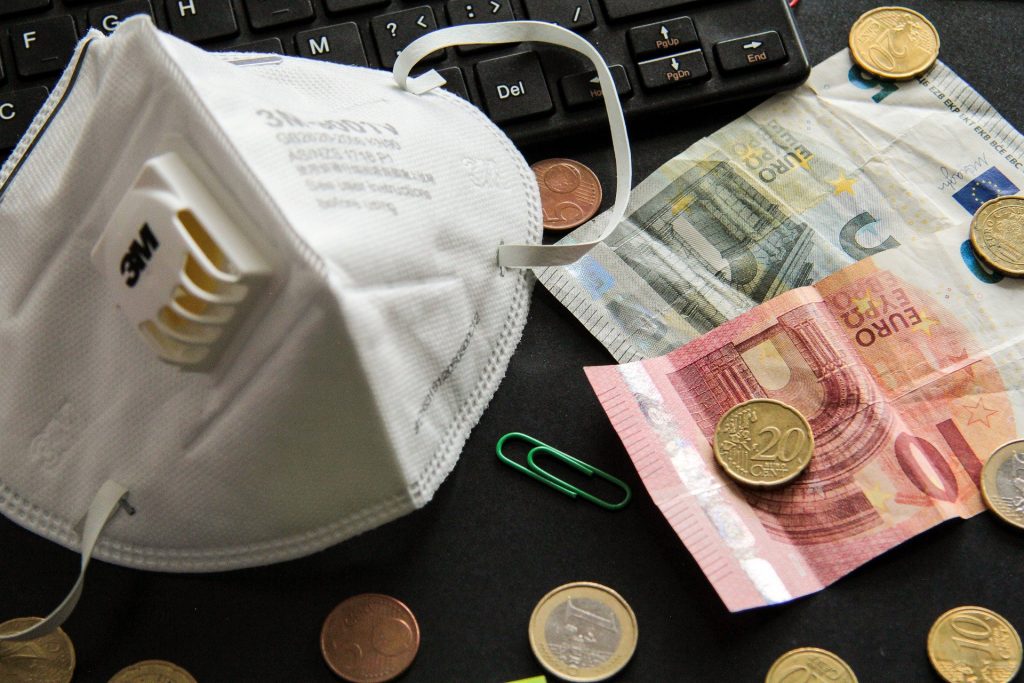