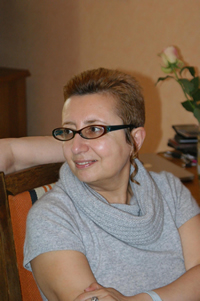 Among the so-called European post-Soviet space, neither journalists in Moldova nor Ukraine experience such problems and difficulties as those in Belarus. With regret to note, Belarus is becoming more and more similar to countries with restrictive press freedoms such as Uzbekistan and Turkmenistan.

Looking ahead, we denote that the electronic media in Belarus is completely under the brutal control of the authorities. Everything is subjected not only to censorship, but self-censorship. Attempts from all other electronic media to fully operate in Belarus do not work. In particular, the satellite television channel BelSat can not obtain a license in the country because President Alexander Lukashenko considered it a “silly, stupid and unfriendly” project. TV stations, in turn, broadcast via satellite from Poland. In Belarus itself, journalists who cooperate with BelSat are prosecuted for collaborating with unlicensed media. Moreover, the pressure is on those who give comments on the individual situation. It got to the point where people were forced to file complaints against journalists for not warning them about which media they are interviewed for.

The biggest pressure is subjected to non-state print media. Let’s start with the fact that in Belarus the registration procedure is extremely difficult for media. Among the many documents for registration, editors must show the Ministry of Justice proof that they’ve gained permission from local officials to operate in the district. In the case of objections, the media was forced to find another address for registration. Fortunately, this anachronism was recently abolished, but it is not much easier for the registration and activities of the print media since the government already has enough levers of pressure on the newspaper.

Even with registration, non-governmental publications may not have access to printing, as many presses prefer not to deal with such publications. There are cases when printing houses refuse to replicate the newspaper, Way Out – they were published in Russia, in particular, in Smolensk. Delivery of the printed edition to Belarus posed another problem. Typically, such cases were recorded in the period before elections or opposition activities. There were several seizures of circulation by law enforcement officials for the purpose of reviewing the text. Newspapers were eventually returned, but in that period, the article had already lost its relevance. And who needs a semifresh issue?

Another problem is distribution. As the country’s main distributor, “Belposhta” is a monopolist and maintains a small circulation. It attempted to distribute the newspapers with the help of individual distributors, but the latter were periodically checked and deprived of newspapers, so many of them refused to deal with the independent press. It is also periodically expelled from the subscription catalog. After some pressure from international organizations, catalogs would include it again but usually not for long. This undermines the financial component of non-state media. After an increase in prices for newsprint, it became even harder to make ends meet. Thus, unequal conditions for state and private press emerged which also substantially undermined the budgets of private enterprise.

In early July, it was reported that Shklovsky Plant of Newsprint Paper refused to sell paper to non-state media. Then the regionals “Intex-press” and “Brest Courier” faced the problems. Deputy director of the plant, Oleg Podobed, said that the approach of providing public and private media with paper would be different. “All the media outlets that were previously in the state order, of course, we will provide with paper; for the rest we will put our products on a stock exchange,” he said. “Now we get more profit by selling the paper for export than the dealers in Belarus.”

Another important method of pressure on the media are warnings for any infraction. Non-government newspapers are to receive a warning from the Ministry of Information if they forget to specify the number of copies or did not have time to change the address data. However, any faults are forgiven to government publications.

The saddest aspect is that the editors of independent newspapers tend to not seek justice in the courts. In particular, on 8 August, the Supreme Economic Court decided the case of the newspaper “People’s Will.” The newspaper filed an administrative case for multiple violations of law during the year. Under violations, they imply a warning that the newspaper received. The court decided that the newspaper must pay the state a fine of 14 million rubles. The newspaper lawyer Harry Pahanyaila said, “There is no sense in appealing against the verdict; it is a mere formality. The Supreme Court will review the case and simply will not change anything. Reasons for the fine are formal, so we can say that the state introduced economic sanctions against us. As you can see, independent publications supplement the budget by 14 million each.” Another non-governmental newspaper “Nasha Niva” is subjected to the same penalty for the three warnings.

It is worth talking about access to information and obstructing the work of journalists. The fact that independent press are not invited to meetings or gatherings and its members are denied accreditation is not so bad because the reporters still manage to get information by hook or by crook. It is much more dramatic when they interfere with the work during the protests, flash mobs, and other public appearances. Thugs in civilian clothes obstruct reporters, jostle them from the street, cover their cameras with their hands, and steal mobile phones to erase the pictures. Journalists are often detained by law-enforcement agencies for frivolous reasons, from foul language in public to taking part in an unsanctioned rally.

A particularly acute situation occured before the presidential election. Journalists were detained, staged raids occurred in their offices, computers were confiscated and some were imprisoned for “hooliganism” for several days. The impression was that the authorities deliberately behaved as if they intended to drive the most active and prominent journalists out of the Republic. It would be so much easier to accuse them of treason and Motherland aspersion. Search and seizure of equipment share the same goal–to paralyze the work of journalists and publications.

The apotheosis was reached during the election itself, which took place on 19 December 2010. On Election Day and the following day in Belarus, according to our data, 18 journalists were detained. According to the Belarusian Association of Journalists, about 20 journalists, including those working for foreign publications, had been beaten during a protest on 19 December. Then opposition media house searches began. The search and seizure of equipment took place in the Internet edition of charter97.org, which already received a third criminal case brought against it. According to the head of the investigation at the prosecutor’s office in Minsk, Sergei Ivanov, the new criminal case was initiated based on information found in the art confiscated from Natalie Radin, as well as Russian journalist of “Novaya Gazeta” Irina Khalip, the journalists of the newspaper “People’s Will” Svetlana Kalinkina and Marina Koktysh. But the law sections which brought the case were not named.

The searches also took place in the newsroom of the international station, European Radio for Belarus, which was deprived of its entire equipment. The Minsk office of BelSat was stormed on the night of 25 to 26 December. The unknown perpetrators even had to cut the door with a saw to gain access.

“We are reforming the Internet, bringing it in line with Western models. We have not done so before the election. That was my position: Do not touch, I said, they will think that we pressured someone,” said President Alexander Lukashenko. “That’s enough to mock the authorities and the people. For every printed word, you will take full responsibility!” Lukashenko warned the journalists.

This is an open challenge to the national journalism. So far the situation with the media can be described as serious but stable.

Journalist Andrew Gazety Wyborczej Poczobut, who was accused of defaming Lukashenko, received a suspended sentence. In this case, the prosecution has failed to present substantial evidence of his guilt.

Spokesman for presidential candidate Sannikov, Alexander Atroshchenko, received four years in prison. The journalist was accused of Part 2 of Article 293 of the Penal Code or participation in the riots.

One can not ignore the fact that the Belarusian journalism industry, especially the parts which are in opposition, is extremely politicized. In some cases, journalists have come under pressure not only as members of the media, but as activists of the protest movement. The arrest and conviction of journalist Irina Khalip, wife of presidential candidate Andrei Sannikov, confirms this. In our opinion, the authorities targeted her not so much because of her journalistic work, but because she was an active participant in the opposition movement. In this case it was strange to read comments by Khalip herself who said she had not expected “such cruelty from the tyrant,” even though she repeatedly stated the despotism of the president in her articles. There have been situations where the activists of the protest movement were issued membership cards from the Belarusian Association of Journalists, even while they were indirectly related to journalism. We are against any form of pressure and violence, however, in such situations. Each must decide for himself who he is: a journalist, human rights activist or a participant in the protest, because the tasks and functions are different. Perhaps this somehow would reduce the force of repression against them and would not give authorities another reason to blame the private media in provocations.

Be that as it may, according to experts in Belarus, the country suffers from its lowest level of media freedom in the past 16 years. It turns out that the government have achieved its goal.