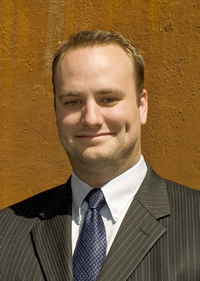 Hungary’s cosmetic amendments to its media law may have defused some criticism by the European Union, but the International Press Institute (IPI) and the South and East Europe Media Organisation (SEEMO) welcome news that other international observers remain unsatisfied.

IPI and SEEMO join the United Nations’ Human Rights Council’s special rapporteur on freedom of expression, Frank La Rue, in his recent conclusions that changes passed last month did not remove concerns that the law could be used to limit press freedom.

“The media legislation still risks generating a climate of self-censorship,” La Rue said Tuesday. “Freedom of the media is an essential foundation of democracy. Hence, every State must ensure that every medium of communication, be it television, radio, press or the Internet, can convey diverse opinions, including those that shock, offend or disturb.”

During a visit to Hungary, La Rue specifically pointed to the law’s prescription of media content based on vague concepts, and insufficient guarantees to ensure the independence and impartiality of the regulatory body empowered to apply the law. He also highlighted excessive fines and other administrative sanctions that can be imposed on media; the law’s broad scope regulating all types of media, including the press and the Internet; registration requirements for the operation of media service providers; and the lack of sufficient protection of journalistic sources.

La Rue’s concerns follow similar criticism by Organization for Security and Co-operation in Europe’s Representative on Freedom of the Media, Dunja Mijatovic, who said following the amendments last month that the law “can still be misused to curb alternative and differing voices in Hungary.”

Given Hungarian Prime Minister Viktor Orbán’s stated desire to reform his country’s Constitution, which could have strong implications on the right to freedom of opinion and expression, IPI and SEEMO are pleased that observers are continuing to pressure Hungary to conform with international human rights standards.

A flourishing, diverse, critical media is a cornerstone of any healthy democracy. The fundamental values underpinning the EU, including the right to freedom of expression, provide benchmarks for evaluating the admission of new members. Such evaluation would mean little if states can discard their commitments to those values upon joining the EU.

IPI and SEEMO therefore renew their call on Hungary to bring its media law in line with those values, and to respect the freedom of the press. Steven M. Ellis