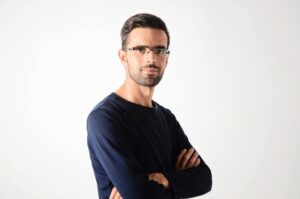 Zekirja Shabani is a graduated economist with a wide range of experience in business management in developing countries. He is well-informed about Kosovo and the regional economic situation. Mr. Shabani has worked in various NGOs, as well as a journalist for TV Klan Kosova, newspaper Express, and Koha Ditore. He was the economy news sector editor-in-chief for Gazeta Tribuna, a board member of the Economic Journalists Center, and is currently the Head of the Kosovo Journalist Association.

SEEMO: You were attacked. Please explain us what happened in your case.
Zekirja Shabani : It all happened after I announced that I was suing the newspaper Tribuna for failing to pay wages to their staff on time. For two months journalists of this newspaper hadn’t been paid, and I was one of them. The Tribuna newspaper owner called me in his office and after a verbal conflict he physically attacked me. He tried to get me to sign a document terminating my contract. This was against my will and against the labour law in Kosovo.

SEEMO: Have you experienced threats and attacks before?
Zekirja Shabani : Journalism is not an easy job and I often get threats and calls from people saying that they are going to kill me. Especially now that I am the head of the Journalists Association of Kosovo. In Kosovo, where newspapers are dependent of politics, criminal groups and other interest groups threats and attacks on journalists are evident.

SEEMO: Did it influence your work as a journalist? Is it possible to work normally, without worrying that something similar might happen again?
Zekirja Shabani : Of course it influences the work of a journalist. After the attack I lost my job and now it is hard for me to find another, even though I have more than 10 years of experience both as a journalist and editor for economic topics. None of the newspapers want me to be part of their staff, because they are worried I will raise my voice, calling for better journalism conditions. And I understand this. All the newspapers in Kosovo are treating journalists as slaves and this has to be changed. Now I expect that new attacks will come from other media owners, not physically, but in other ways of discrediting my job. But I am committed to fight for journalistic rights at all costs. Because it is known that ‘what doesn’t kill you, makes you stronger’.

SEEMO: Has your attacker been tried and convicted?
Zekirja Shabani : As far as I know, he is yet to be tried or convicted. After the attack, I went to the police station and reported the case, explaining everything that happened. Also I sued the owner of the Tribuna newspaper for failing to pay me wages. Because of the judicial system in Kosovo, I don’t expect that these cases will be solved soon. Usually these take long, at least five to six years. From experience I say that this will take long, because this year we as Association of Journalist reported 24 cases of attacks and threats on journalists and none of them are solved yet.

SEEMO: What advice would you give to colleagues that find themselves in a similar situation?
Zekirja Shabani : I was attacked for raising my voice against injustice in the workplace. This is a testament to the serious situation in which journalists work, and the violations of their human rights in Kosovo. But remember, journalism is not an easy job. We all accepted it as it is, and no threats and no other form of pressure will stop us in our mission to inform. We don’t have guns and we are not violent. We have a paper and the pen, and I encourage all my colleagues to use paper and pen and raise the voice for their rights. Don’t take justice in your hands, but write to make stronger justice that will protect your human rights.