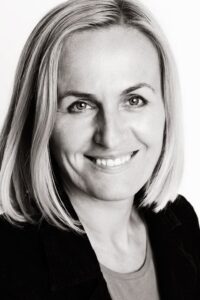 Štefica Galić is editor-in-chief of news portal Tacno.net. She has also been a professional photographer since 2010.

SEEMO: You were physically attacked in connection with your work. Can you please tell us about what happened?
Štefica Galić : I experienced a physical attack in Ljubuški in 2012, two days after the documentary I produced, Nedjo od Ljubuskog was aired. The movie caused a stir in Ljubuški, which led to my attack. This was an attack on my person, my freedom of speech, thought and a culmination of a campaign that lasted for days against the documentary, directed against me and my family. In the meantime, demonstrations against the film were held twice, along with constant threats, insults and pressures.

These were not random acts of hate speech by someone who was offended or insulted. They were well-organized actions of the political underground and war criminals, along with NGOs and associations from Ljubuški to Zagreb. The continuous death threats, hate speech, and media lynchings against those who dared to come to the premiere were unprecedented. One of the organizers of the demonstrations against me ran into me when I was on a walk with a friend, attacked me and hit me repeatedly, yelling at me with hatred that I had never experienced before. I went to the ambulance where I was taken care of, and then to the police where I reported what had happened. Since the woman who attacked me also worked in the police building, in the municipality part, I faced a lack of understanding by the police, to say the least. I also faced schemes, hiding of evidence and documents, and lack of tolerance, which was all in accordance with the environment I was living in.

SEEMO: Can you please tell us more about the documentary Nedjo od Ljubiškog.
Štefica Galić: It is a movie about my late husband, who received the award for Civic courage posthumously, which is the reason the film was made. The documentary tells the story of the two of us, when we publically stood against chasing Bosniaks out from Ljubuški in 1993, and tried to save them from concentration camps and terror. It deals with how Nedjo made fake guarantee letters and saved people from Ljubuški who were in the Heliodrom camp in Mostar, where members of the Croatian Defence Council (HVO) took them. The summary of the film shows how we stood against crime and the nationalistic government, who were pursuing innocent people just because they had different national and religious beliefs. We dared to think differently and showed it publically. Of course, it was all supposed to be hidden, ridiculed, insulted or removed from discussion by physical force.

SEEMO: Have the perpetrators been caught and tried?
Štefica Galić: In 2014, the Court in Široki Bijeg sentenced my attacker and the organizer of the demonstrations, Vera Dedić, to 3 months in jail and 600 KM. The lawyers from the Free Media Help Line have been great support and aid to me, and are currently in court for five cases of hate speech dissemination regarding my film. These cases are against media portals that constantly wrote false information, called for my lynching and put the lives of me and my family in danger. Oftentimes these portals didn’t actually exist, considering the fact they had no imprint or contact. Some of them changed their name or shut down as soon as we filed a lawsuit against them. The court scheduled several hearings, but many of them never showed up. It’s still in process. Recently we experienced verbal threats in Mostar. It is common that we receive threats in the comments sections on news portals. The perpetrators remain unpunished, or are fined only symbolically, so I consider those that attack and threaten us the protégées of the government.

SEEMO: As editor-in-chief of Tacno.net, do you feel safe, or do you fear other possible attacks?
Štefica Galić: I am not afraid of local thugs and chauvinists. However, some of the most recent verbal attacks show the deep involvement of the police and the system in all this, which discourages me. I believe other attacks will happen. Verbal and physical. But I also know, that as long as we talk about this, it won’t be easy to attack us. I believe we should stand together against bullying and fear created by nationalistic governments.

SEEMO: Did the attacks discourage you from covering certain topics?
Štefica Galić: No, never. We will not change our editorial policy at any cost, and nothing can change our mind. This is our moral duty. Unfortunately, our country is an undemocratic society, in which freedom of speech and opinion do not have the right interpretation, and cannot be exercised without repercussions.

SEEMO: Cases show that we often lack journalistic solidarity. Was this true in your case?
Štefica Galić: In my case, journalistic solidarity was not lacking. Many wrote about what happened to me immediately, prominent journalists from all over ex-Yugoslavia gave me their full support. However, there were those that disseminated lies and reported unprofessionally.

SEEMO: In your case, there were several campaigns of online portals and associations against you. How do you view that?
Štefica Galić: Yes, those were primarily right-wing portals and war associations that reacted because of the topics I talked about in the movie, which they wanted to hide out of fear, or as I was told by some generals and war veterans: the crime was stirred. We face attacks because of the critical stance we take on our website, which is not the desired behaviour in this part of the world. We’re recognizable for our anti-fascism, promotion of a tolerant and democratic society, and for raising our voice against everything that threatens human values.

SEEMO: What is the significance of international organizations that protect journalists, such as SEEMO? Do they provide any kind of protection in your work?
Štefica Galić: Of course. I find organizations such as SEEMO very important because they start public debate on important topics like freedom of speech, media professionalism and their importance in the society.