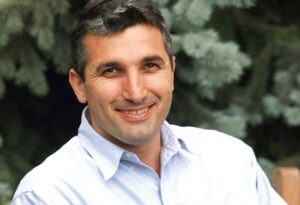 Nedim Şener is a journalist for dailies Milliyet and Posta. In 2009 he published a book on the 2007 murder of journalist Hrant Dink. In The Dink Murder and Intelligence Lies, he alleged that the police officers responsible for the Ergenekon investigation were behind the murder. In 2011, he was arrested and charged with collaboration with Ergenekon network. The Ergenekon network is, according to officials, a secularist ultra-nationalist organization with possible ties to members of Turkey’s military-security groups. Nearly 300 persons have been formally charged with membership of what prosecutors described ‘the Ergenekon terrorist organization’. Şener was released in March 2012 pending trial.

SEEMO: How you see the press freedom situation in Turkey in the year 2015?
Nedim Şener: While speaking at the Ambassadors’ Conference on Jan. 6, President Erdoğan said ‘I’m talking assertively: Neither in Europe nor in other countries is the media as free as the Turkish press’. Moments afterward, we learned that Diyarbakır-based Dutch journalist Frederike Geerding was detained by police at her home with allegations that she was ‘engaging in propaganda for a terrorist organization’. This is the clearest picture for freedom of the press in Turkey. The rough practice of the Anti-Terror Law turns the press freedom issue in Turkey into an ever-deeper problem of free speech at all levels for the society. Before the rise of new media, we were talking about press freedom issues. As more members of the society become able to participate in the practice of free speech through Twitter, Facebook and other social media platforms, now we see more examples of legal pressure. A tweet can send you in front of a prosecutor, and it is now seen as normal to be put on trial due to such causes. These are manifestations of a society of fear, which is created by the ruling Justice and Development Party that received a strong electoral backing.

SEEMO: How important is for you the support SEEMO and other international human rights and press freedom organisations gave you?
Nedim Şener: The book that I wrote in prison was titled The Truth Cannot Be Jailed. I resisted all the injustice and difficulties by the power of writing. It made me stronger toward myself. Meanwhile, the support of my colleagues in Turkey and international organizations kept my hope alive. The prison taught me the importance of telling the truth to the public at all costs, as well as the honour of resistance and solidarity.