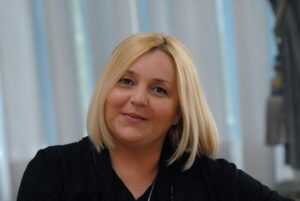 Croatian journalist Helena Puljiz is a commentator for Tportal. She previously worked as a journalist and editor for Tportal, Jutarnji list, Glas Slavonije, Globus, Banka magazine and Varaždinske vijesti. She established journalist’s trade union at the daily Jutarnji list and co-founded the Association of Croatian Investigative Journalists. She co-edited the White Book-A Chronicle of Threats and Assaults on Journalists 1990-2011. Puljiz was awarded the Aleksandra Zec’ Charter in 2004. In 2004, she accused Croatian Counterintelligence Agency (Protuobavještajna agencija – POA) of unauthorized and illegal questioning, and initiated court proceedings against the Republic of Croatia. The court ruled in 2014 that agents had violated journalist her rights when they took her in for unauthorised questioning and threatening her in 2004.

SEEMO: You experienced serious threats as a journalist in 2004 from the Croatian Counterintelligence Agency (Protuobavještajna agencija – POA), an agency that is currently part of Security and Intelligence Agency (SOA). Can you please tell us what happened?
Helena Puljiz: Members of the then-POA, and today’s SOA tried all the methods available to them – threats, bribery and blackmail, physical abuse – to get me, as a journalist, to spy on colleagues, politicians, heads of political parties, foreign diplomats, intellectuals in the country and abroad, and to publish dirty stories in the media for them. Even though I was worried for the safety of my own life and the lives of my family members, I reported them to the parliamentary Council for the supervision of security services, The Croatian journalistic association and the Croatian Helsinki Committee.

But instead of protection, the only thing I got from the parliamentary Board was a continuation of torture through interrogations, during which I was treated like a state enemy. Instead it was the agents that were breaking the laws and Constitution of Croatia. The only support I got was from the Council for national minorities and human rights. After they ruled that the POA agents endangered my basic human rights, then-President of Croatia Stipe Mesić decided to remove Joško Podbevšek from his position as the head of POA. But this was objected to by PM Ivo Sanader. After local and international pressure Sanader signed his annulment.

In those three months I was subjected to an attempted media lynch, political pressures, and after I reported that the agents questioned me about President Mesić to the Council, Prime Minister Sanader stated during a Parliamentary session that my case had nothing to do with media freedom and President Mesić, but rather that it was due to my connections to organized crime. This was an attempt to discredit me, and unfortunately it wasn’t the only time that happened. I was falsely connected to the case of Ante Gotovina, a war general that was on the wanted list at that time.

SEEMO: Why did POA decided to target you? You were a young journalist. Why were you so important to the POA?
Helena Puljiz: Up to this day I have still not received any information about why I was harassed by the POA agents. In 2004, I already had 10 years of journalistic experience, and as a media worker had been following the work of the President, the government and Parliament, so I had already researched the Croatia ruling elites. As a journalist I had many international contacts, was on the payroll of different media institutions and organizations. I also founded the first journalistic organization in Europapress Holding (EPH), the trade union of journalists from the daily Jutarnji list.

SEEMO: Then what happened to you?
Helena Puljiz: Then suddenly in 2004, I had no job, no income or possibility to publish under my own name in any media outlet in the country. The harassment I went through was by three POA agents, one of them being the head of POA for Zagreb at the time.

SEEMO: Threats by intelligence services often make people very scared. Were you afraid?
Helena Puljiz: Of course I was scared, like anyone would be, but I still chose to live as a free human being, as much as it’s possible today. Along with the threats, bribery and blackmail attempts, the secret service agents assured me that I had no choice, that I would never find a job in Croatia because I was not covertly working for them. They even threatened the safety of my younger brother, and the endangerment of not only my reputation, but also my mother‘s. I did not succumb to pressures at any point, or have any doubts about reporting them to the authorities. For me, this was a battle for life or death.

I would have rather died than worked secretly for this service against my own profession and against the people. I was afraid they’d kill me when I reported them, and this fear only grew when the PM Ivo Sanader and his spokesperson Ratko Maček falsely accused me of being connected to organized crime.

SEEMO: Are you aware of cases where POA was actively connected to other journalists? Did you get any feedback from colleagues who experienced similar problems with intelligence services?
Helena Puljiz: I don’t know. No one except me reported that they were approached for this reason as a journalist. But, from my own difficult experience I can say with certainty that these people have many accomplices in the media. A number of people who present themselves as journalists disseminated misinformation from the secret services about my case and tried to discredit me as a person and as a reporter.

It is common knowledge that during the 1990s in Croatia secret services abused their powers to covertly follow journalists, but unfortunately all of these cases remained unpunished.

SEEMO: Ten years after this case you got a positive ruling by the court. Are you satisfied with the decision?
Helena Puljiz: I’m satisfied to have proven in court what I claimed from the first day; they were trying to force me to be an accomplice for the secret services, and they broke many Constitutional and legislative rules.

I’m not satisfied that the Municipal State’s Attorney offices was against me, instead of prosecuting my attackers. It’s shameful that I had to make a private lawsuit against them, instead of this state institution which should have indicted them. The Attorney offices eventually filed a complaint against my verdict, which I see only as a continuation of the abuse.

I’m sorry they endangered my health and professional reputation, that they took ten years of my life and for not being able to leave all this in the past, but I was never sorry for confronting them.

SEEMO: What would your advice be to journalists who experience a similar situation?
Helena Puljiz: Be brave and wise.

SEEMO: Who supported you in 2004?
Helena Puljiz: Without the support of my family and friends I would never have been able to survive that period. The support of the Croatian Journalist Association was important too, as was the support from some NGO’s, like Udruga B.a.b.e. There was also the support of parliamentary representatives of national minorities, colleagues, the general public and the international institutions that protect human and journalists ‘rights.

SEEMO: How important was the international support from different press freedom organisations, including SEEMO?
Helena Puljiz: In 2004, the support from international human rights and press freedom organizations helped end the case with the removal of the head of POA from his position. Some of these organizations were IFJ/EFJ, CPJ, IWPR, HRW, Freedom Forum, and of course SEEMO. I must mention a special help of CPJ as well.

SEEMO: How did this case affect your life?
Helena Puljiz: This case influenced my personal and professional life in a big way, and it still does, considering the fact that even after 10 years, I haven’t received a final judgment.