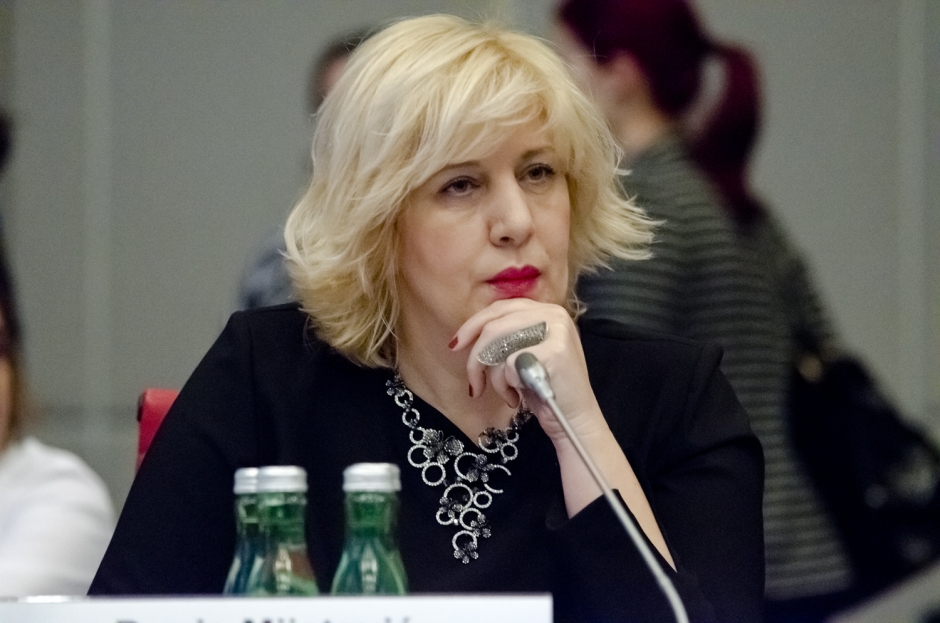 Dunja Mijatović is a media expert from Bosnia and Herzegovina. In 2010 she succeeded Miklós Haraszti as the OSCE Representative on Freedom of the Media (RfoM) and in March 2013 she was reappointed for a second three-year term.