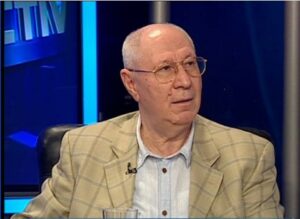 Dan Constantin is an editor-in-chief at the daily newspaper Jurnalul National in Bucharest, Romania. He was attacked in June 2014. Constantin continues to appear on television and write articles and op-eds. He is a well-known critic of Romanian President Traian Basescu, and has expressed his critical views many times in writing and on television. Constantin’s assailant said he wanted to ‘change his editorial views’, but the attack did not have the intended effect of censoring Constantin’s reporting. The case was recently closed, and the assailant went unpunished.

SEEMO:In June 2014 you were attacked in front of a supermarket in Bucharest. What happened?
Dan Constantin: I was in the parking lot of the supermarket, loading the shopping into my car. A very aggressive young man approached me and asked, ‘What would you think if I hit you in your mouth? I know what you do, I know you from [TV news channel] Antena3 ‘. My wife was with me. I tried to settle down, but my wife got scared, called 112, said that we were being assaulted by a young man, and the police came. They took our data and also the attacker’s information.

SEEMO:Why you think you were attacked?
Dan Constantin: What my assailant said was very similar to the propaganda coming from President Traian Basescu’s supporters. I was used to the words, but the aggressive young man was different. The physical aggression is another step. He said he wanted to call another television team to come there. I didn’t know the guy, it was the first time I saw him. I was surprised with his very virulent attitude. The young man didn’t want to hide, on the contrary. He wanted to stay, he wanted to be identified. I did not have the impression at any time that he wanted to leave. He wanted to appear as a ‘man’ to fulfil his mission. He gave all this information and acknowledged the fact that was associated with a politician, but he did not name this politician.

SEEMO:Do you have a message for people who could repeat this gesture by making threats against journalists like yourself?
Dan Constantin: Freedom of expression is guaranteed by the Constitution, and this is what everyone has to keep in mind. Those who like this kind of attitude should recall that freedom of expression and the right to an opinion is guaranteed by the Constitution. If you do not agree with another person’s opinion, you can avoid it, but you have to let journalists to do their job. Without freedom of expression there is no rule of law! This man had this attitude not only against me, but against the many people who agree with us and support our ideas.

SEEMO:Did this attack affect your life?
Dan Constantin: I will continue to express my views and express myself freely, in a democratic manner. My wife was scared for a longer period of time, and still fears similar situations. But this didn’t change my reporting.