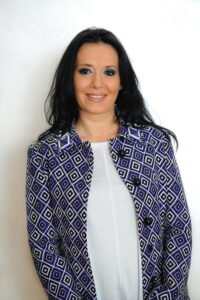 SEEMO: As a journalist, you’ve experienced threats many times. Please tell us about the ones you consider to be the most extreme, and what were you investigating at the time?
Brankica Stanković: After the serial I did on hooligans in 2009 and 2010, I experienced a culmination of threats that were public, via social networks, on stadiums, by mail… I was put under 24-hour police protection by the Ministry of Interior Affairs, based on the assessment of my security. I was told that my security was endangered not only by hooligans, but also by many others that I investigated in previous years. This came as a shock to me, because I never thought that something like this could happen just because I was doing my job in the fairest way possible.

SEEMO: What is it like living with threats? Did it affect your life, both publically and privately?
Brankica Stanković: The threats had no effect on me because they’re a part of the job. Of course, the people whose misdeeds you report about are bothered, but the problem was that living under police protection affected my private and professional life. That year, I decided I wouldn’t do the show, in the sense of going to meetings and interviewing people. But I was aware that in those circumstances, the best answer would be to continue. That’s why we expanded our team of journalists. I became the editor, and Insajder kept playing on air.

SEEMO: Have you ever thought about not covering certain topics, or not publishing something because it could lead to potential threats?
Brankica Stanković: Never. That couldn’t happen at any cost.

SEEMO: You’re often seen as a very courageous woman. What is it besides courage that you need to do your profession?
Brankica Stanković: I don’t like being told that I’m brave because I think it diminishes the importance of everything we’ve done. You don’t need courage for that, you need to abide to the rules of the journalistic profession, to be committed. I think I’m doing my job the best I can, not that I’m brave.

SEEMO: You are very professional in your work. What are, in general, your sources for information that you present to the audience?
Brankica Stanković: The rule is that for every piece of information we publish, we have to have evidence. When you put things that way, sources are important in the sense of hearing about something, and then investigating and proving that by yourself. We always have official confirmation for our information, we don’t just rely on sources.

SEEMO: Is it always possible to verify a source’s information?
Brankica Stanković: In cases when it is not possible, we don’t publish the story.

SEEMO: Please give advice to your younger colleagues who may experience threats.
Brankica Stanković: My advice is to never give up. Journalism is not a profession, it’s a lifestyle and there is no room for fear.

SEEMO: You’ve received two SEEMO Awards, the SEEMO Busek and the SEEMO CEI in previous years. How much does this SEEMO support mean to you?
Brankica Stanković: Of course the awards mean a lot because they are a confirmation that we’ve done our job in a professional and responsible way. They are confirmation that we’re doing the right thing.

SEEMO: Does SEEMO support generally mean anything, more particularly, in cases of threats and SEEMO reactions?
Brankica Stanković: There is commonly no solidarity among journalists, and this is exactly why the support of journalistic associations, international organizations and others is relevant. As for SEEMO, I can only say that it is always active in supporting journalists.

SEEMO: Lately you’ve stepped back from the public eye, perhaps because of the birth of your daughter. What are your future plans? Do you intend to continue the same profession in the future?
Brankica Stanković: Well, I have withdrawn in the sense that I don’t go to meet my sources and record them anymore, because I could reveal them by showing up with police escort. But I haven’t pulled back from my job, because Insajder is still airing. In the meantime, I decided to say everything I was quiet about in a book, because I was sure that would finally change this situation in which I am, still living under police protection. I was sure someone would solve my problem…

SEEMO: Does this mean Insajder will keep on existing?
Brankica Stanković: Of course.