Sebastian Kurz , Minister for Foreign Affairs and Integration of Austria (2016) 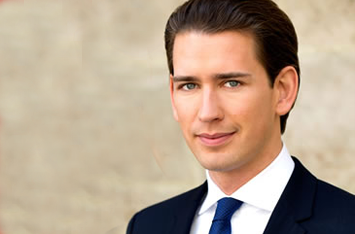 The number of journalists who fall victim to attacks, arbitrary detentions and even murder has increased substantially around the globe.

This resolution calls for the immediate and unconditional release of all arbitrarily detained and arrested journalists and condemns attacks on media companies in the strongest possible terms. The text particularly highlights the special risks faced by journalists in the digital age and draws attention to the special problems faced by female journalists. This resolution is by far the strongest text that the UN Human Rights Council and the UN General Assembly have ever adopted on this topic. The fact that it was co-sponsored by more than 80 states and adopted by consensus underlines its significance and adds to its importance.

After this latest success, we will remain committed to supporting the safety of journalists as well as the protection of the freedom of the media and the press, and particularly in the context of Austria’s Chairmanship of the OSCE in 2017. In the context of the related efforts, we also seek to establish a link between a long-standing geographical priority of Austrian foreign policy, the Western Balkans, and substantive issues on Austria’s thematic agenda. In 2017 and in cooperation with the OSCE Representative on Freedom of the Media Dunja Mijatović, we therefore plan to host a conference on the safety of journalists in the Western Balkan countries.

One of the most important NGOs active in promoting freedom of the press in the Western Balkans and in Central Europe is the South East European Media Organisation (SEEMO). Since its inception, this organisation has launched numerous initiatives that have succeeded in supporting journalists in the free exercise of their profession. This makes SEEMO a particularly important partner of the Federal Ministry for Europe, Integration and Foreign Affairs in the region. I am very pleased that SEEMO is continuing its valuable efforts and remains committed to promoting a free media landscape and wish the organisation every success for the future.

Sebastian Kurz , Minister for Foreign Affairs and Integration of Austria.