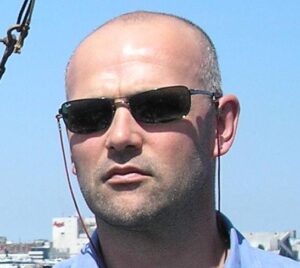 Saša Leković is a Croatian freelance investigative journalist, trainer and media advisor. Born in 1959, he used to work as journalist and editor in Croatian media. Since 2003 he has been working as a freelance investigative reporter, lecturer and trainer in Southeastern European countries as well as director of the Investigative Reporting Center (IJC) in Croatia. As licensed investigative reporting trainer and lecturer he has worked with a hundreds of journalists and journalism students, not only in South East Europe, also in Armenia, Bangladesh, Israel/ Palestine, Nigeria… From 2015 to 2018 he was a president of the Croatian Journalists Association. Since 2005 he is SEEMO member and advisor to SEEMO Secretary General.

1. As a long year investigative journalist how you see the relation between journalists and whistleblowers ?

Whistleblowers are important allies of journalists without whom the most important secrets that protect “bad guys” would remain undiscovered.

2. Are the whisleblowers today more in public focus than 20 or 30 year ago ?

Today, it is harder to keep secrets and whistleblowers are generally more protected but often still do not get enough support given how much they help society.

3. Speaking about your country, are state institutions, police and courts protecting whistleblowers in Croatia?

4. with experience from Croatia, but also with your international experience, how you see the position of whistleblowers in Croatia compared to some other part of the world?

Croatia is a highly corrupt country where many people think it’s okay to behave badly if they benefit from it, and they look at whistleblowers as snitches doing something they shouldn’t care about. The international whistleblower protection project in which I participated as a coordinator in Croatia has just been completed. The idea was to allow whistleblowers to report anonymously but neither the mayor nor the director of the public company wanted to use the online platform to report illegalities.

5. You spent a good part of your life in Zagreb, the capital of Croatia. Now you live in a small town in Istria in Croatia. Do you see a difference of the work of journalists, but also of the position of whistleblowers between this two places in Croatia.

There is no significant difference. The biggest difference is that in a small town it is harder to hide an irregularity in work, but people find it harder to choose to be whistleblowers because everyone knows each other and whistleblowers have to meet people every day who are directly or indirectly affected by their actions.

6. Connected to Covid19, now after one and half year of the changes that happened with Covid 19, how transparent were Croatian officials? Did some investigative journalist stories or information from whistleblowers helped that the public in your country is better informed?

Officials in Croatia generally verbally advocate transparency but do not act transparently. More than a dozen ministers and heads of state-owned companies have had to step down in recent years due to journalistic revelations, but authorities continue to claim they are fighting corruption and other illegal behavior. Covid 19 has not changed anything for the better.

7. And how you see the situation connected to Covid 19 and governments in some other countries in this part of Europe?