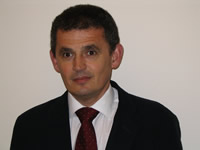 “Democracy requires the pluralism of opinions, not centrally controlled news services,” proclaimed university student András Szeles before tens of thousands of demonstrators in the very heart of Budapest on 15 March 2011. Szeles, born in the year of the fall of communism, added that he and all those who were still getting information from independent sources could not understand why Hungary was now going against Europe and the European standards of democracy. The protest rally has been the largest one initiated by civil groups since 1989. The organisers chose the date consciously, as March 15 is a public holiday and marks the anniversary of the 1848 revolution when the number one demand of revolutionaries was the abolition of censorship and the call for press freedom.

The demonstration was held eight days after the Hungarian government bowed to the pressure from the European Commission and the parliament modified the controversial media law, having provoked strong criticisms both internationally and domestically. The amendments have decreased the harmful effects of the regulation by tackling some of the worst aspects of the legislation, such as the obligation of balanced coverage for all media, the prohibition of openly or covertly defaming any community, the possibility of fining service providers even settled abroad, and the obligation of registration for all media outlets, including print and online.

Though the changes are not negligible, the core of the problems remains. The package of media legislation adopted late last year by the parliament, where the ruling conservative party FIDESZ has two thirds of the seats, goes against international free speech standards even after having been amended. That is why Dunja Mijatovic, the OSCE Representative on Freedom of the Media stated, “Hungary missed the opportunity provided by the modifications.” She recommended further changes in the laws, suggesting that the legal requirement on balanced coverage should be deleted; editorial independence must be safeguarded; print, broadcast and online media require different rules; the vague notions in the legislation must be clarified; excessive registration requirements should be deleted; and the regulatory body should be politically independent and competent. Mijatovic also emphasised the importance of media self-regulation instead of over-regulation.Very similar opinions were articulated in the European Parliament where, on 10 March 2011, MEPs voted 316 to 264, with 33 abstentions, in favour of a resolution calling on Hungary “to repeal the provisions of the laws which are not compatible with the letter or the spirit of EU laws and other European conventions.” Even further, the members of the European Parliament asked the Commission to propose a directive on media freedom and pluralism. This would be a significant step forward as the European Union lacks competence in human rights and media law in general. That is why the Hungarian media package could only have been examined by the Commission on the basis of the Audiovisual Media Services Directive and provisions on freedom of movement and freedom to provide services.

Even if there is no EU directive on media for the time being, Hungary – as a signatory of the European Convention of Human Rights – must respect the Council of Europe’s standards on freedom of expression and media pluralism. This was reflected in a recent statement of CoE Commissioner for Human Rights, Thomas Hammarberg. He concluded that “the wide range of problematic provisions in Hungary’s media legislation coupled with their mutually reinforcing nature result in an unfortunate narrowing of the space in which media can operate freely in Hungary.” According to Hammarberg, all of this suffices to warrant a wholesale review of the media law, a view which certainly resonates with the demands of those tens of thousands who went to the streets of Budapest on 15 March 2011 to demonstrate for press freedom.