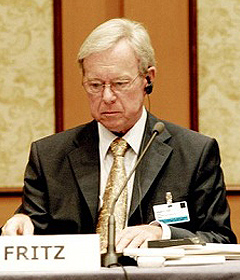 Johann, we will never forget you !
Thank you for the support since 2000!

The South East Europe Media Organisation (SEEMO) mourns the death of Prof. Johann P. Fritz, Member of SEEMO Board of Advisors and IPI director emeritus, who passed away on 14 September 2021 in Vienna, Austria at the age of 81.

“Johann will always be an integral part of SEEMO’s history, and all SEEMO members owes him an immense debt of gratitude. He was a perfectionist and diplomat, a great manager, and fighter for human and media rights! Thank you Johann for all you did for SEEMO”, said SEEMO Secretary General Oliver Vujovic.

In 1970 he joined the Austrian Economic League / Österreichischer Wirtschaftsbund where, among other duties, he edited its magazine.

From 1975-91 he managed the daily paper Die Presse and from 1975-83 was Managing Director of Austrian Cable Television.

1982- 1991 Johann was board member and member of the supervisory board of the Austrian news agency APA (Austria Presse Agentur).

In 1977 he co-founded with his wife Brigitte Radio Adria, a radio station for German speaking tourists in Northern Italy and  covering  the Adria cost in former Yugoslavia (Radio Adria covered part of Slovenia and part of Croatia).

He became the Director Designate of the International Press Institute (IPI) in 1992, and in 1993 as the Director, he successfully moved its headquarters from London to Vienna. In 2000 Mr. Fritz received the Honorary title of Professor from the Austrian Ministry of Science.

After his retirement he became in 2010 member of SEEMO board of advisors. He participated in 31 conferences and seminars organised by SEEMO.