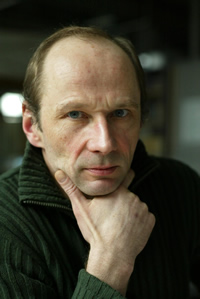 From the onset of its EU presidency, which Hungary has just completed, the government in Budapest was widely criticised for enforcing the controversial media law, which was accepted by the Hungarian parliament a few days before the commencement of the EU presidency.

The bill established a new media council, a regulatory body, which may impose severe fines on media that do not, allegedly, report politics in a ‘balanced’ way. It is at the discretion of the council to judge what is considered to be ‘balanced’.

All current council members are also members of the ruling Fidesz party of Mr. Victor Orban. Fidesz has more than two-thirds majority in the parliament.

Mr. Orban’s critics accuse him of infringing upon press freedom, and of limiting, through parliamentary laws, the powers of the Hungarian constitutional tribunal.

Later, the media law, after critical review by the European Commission, was slightly softened. Originally, the powerful media council dealt only with broadcasting media; e.g. fining TV stations for ‘indecent’ content. However, begining on 1 July 2011, the council gained powers to censor printed press (daily and weekly newspapers) and websites.

There is a threat that, through the aforementioned ‘balance’ provision, the Orban government may try to silence the media, particularly left-leaning media. Leftist commentators, and other observers, are certain that, to that aim, the government would use its influence on the media council.

This threat is even greater since, after the end of the EU presidency, the coverage of Hungary by foreign media has substantially decreased. So, the Orban government may now take off its ‘white gloves’, and may, for example, take revenge on the left-leaning media, which criticised him heavily before his two lost elections, in 2002 and in 2006 (the latter case was Orban’s defeat by his socialist rival Ferenc Gyurcsany).

The very power of the media council to impose financial punishments on the press and broadcasters may be sufficient enough to make them subdue to self-censorship.

Hopefully, the Orban government would be aware that its potential actions against the media will be closely watched by Brussels, and other European capitals, and press freedom organisations, like the South and East Europe Media Organisation (SEEMO) and the International Press Institute (IPI).

Press freedom is a part of European ‘DNA’ and a pillar of democracy. And even a strong democratic mandate, which the Orban government undoubtedly holds, does not give him the right to restrict free speech.