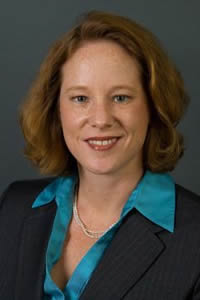 December 02, 2011 Last week I joined a delegation of leading freedom of expression organizations in Hungary to assess the impact of much criticized media legislation that went into effect in January. Discussions with dozens of journalists, media officials, regulation authorities, and government representatives validated the serious concerns expressed by international press freedom experts since the law was passed last December.

The new media legislation has many troubling features. Not only does the legislation put in place a new regulatory structure with excessively broad authority and questionable independence, it also provides limited possibilities for judicial review of the decisions made by that body, which has the ability to issue or suspend licenses, monitor media content, and issue fines and levies in cases of content violations

At the same time, it provides overly broad language on prohibited content. The law bans content that insults “human dignity” or that discriminates against “any majority” or “any church or religious group.” The legislation extends registration requirements to print and online media, a step that sharply contrasts with internationally accepted norms, and greatly expands the circumstances under which journalists can be forced to reveal their sources. Finally, the new regulatory regime has developed a model of co-regulation that amounts to outsourcing censorship to media owners in exchange for immunity from fines, which can otherwise be levied up to 2 million forints (approximately $950,000) for radio and television outlets.

As troubling as are the legislation’s implications for press freedom is the government’s arrogance in responding to widespread international criticism. Since the legislation was passed, detailed criticisms have been addressed to the Hungarian government by an impressive roster of neutral authorities: the Council of Europe, the European Parliament, the Media Representative of the OSCE, the United Nations special rapporteur on freedom of expression, and many leading press freedom and human rights organizations.

Yet rather than engaging in any sincere reflection regarding the concerns of domestic and international experts, the government’s response has been to dismiss criticism as exaggerated and politically motivated. At the same time, the government of Prime Minister Viktor Orbán has spent countless hours and reams of paper justifying every questionable aspect of the law by searching out and documenting similar examples in other European countries. The examples range from objectionable laws that should never have been passed in the first place to legitimate laws that have been taken out of context and invoked in misleading ways.

Regardless of whether the failings in other countries are valid, the Hungarian legislation represents a collection of laws that when taken as a whole represents a substantial threat to media diversity and the ability of the media to play its essential watchdog function. Journalists we spoke with, aside from those who take a pro-government line, claim that they are already engaging in self-censorship to avoid legal penalties or punitive actions by media owners who have agreed to the broad content restrictions. In an already tough economic environment, these journalists fear that few will be brave or financially secure enough to challenge the new laws. A cowed media is no asset to any democratic system, including one like Hungary, where free institutions generally prevail.

The damage to Hungarian democracy wrought by the Fidesz-led government is not limited to the new press regulation regime. Orbán’s Fidesz government also rewrote the constitution, pushed through a controversial law on religions, and passed a law limiting the authority of the Constitutional Court. Such measures, enacted with little genuine public consultation, are particularly disheartening given Hungary’s status as a model post-Communist democracy. For two decades Freedom House has been documenting the hitherto impressive progress of Hungary since its dramatic break from Communism—progress, it should be emphasized, that was unquestionably advanced by the previous Fidesz government. Since breaking free from the Communist bloc in 1989, Hungary has emerged as a consolidated democracy, rising to an impressive status of “Free” in bothFreedom in the World, our annual survey of political rights and civil liberties, and in Freedom of the Press, the companion survey of media freedom.

Unfortunately, Viktor Orbán, who once fought for democratic principles against an oppressive communist regime, seems to have succumbed to the toxic polarization of Hungarian politics by adopting a winner take all approach to governing. Having returned to power with a resounding two-thirds parliamentary majority following eight years of ineffective and corrupt Socialist rule, he had an unprecedented opportunity to reinvigorate Hungary’s sagging economy and restore public faith in the democratic process. So far, he and his party seem more focused on maintaining their stranglehold on power than on addressing the country’s numerous ills. The months ahead will show how Hungarian democracy will weather the storm.