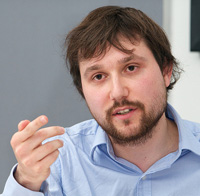 Mike Harris
Head of Advocacy
for Index on Censorship