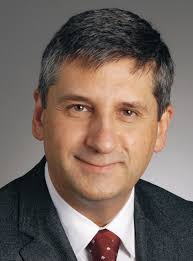 The main tasks of SEEMO, which was founded in 2000, have always been the fight for press freedom and anti-corruption as well as building networks of media representatives from the region with organizations at international level. SEEMO is today respected by media companies and media owners, journalists, but also all other important players in society, including leading political representatives and international organisations.

In this context, the organization has worked together with the Austrian Federal Ministry for European and International Affairs numerous times: When SEEMO organises its missions, it also includes meetings with Austrian diplomats in the region. SEEMO has therefore become an active partner for the Foreign Ministry in bringing the South East European countries closer to the European Union as it is imperative for Austria to support the positive developments especially in the media sector in the region. Press freedom and pluralism of media are core values of the European Union, wherefore they must also be at the bottom of any developments in this field of countries seeking EU membership. Diversity of media, fight against censorship and self-censorship, development of independent public services, free work of journalists, safety of journalists, free access to information, active work of investigative journalists, and transparency of media ownership are essential for democratic developments.A country that has taken these principles seriously is Croatia, which will join the European Union as its 28th member state this year.

Another area in which the Federal Ministry for European and International Affairs is benefiting greatly from the partnership with SEEMO is Austria’s membership in the UN Human Rights Council (2011-2014) which we see as an opportunity to deepen our focus on issues as press freedom and the safety of journalists.The work of SEEMO is therefore a great support for our country and her foreign policy.

I would like to conclude in expressing my appreciation for the excellent cooperation between the Austrian Federal Ministry for European and International Affairs and SEEMO.May our partnership lead to many more positive results.