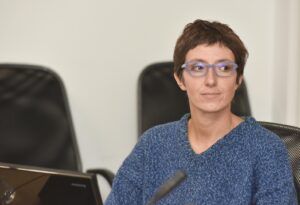 How and when did you start your journalistic career?
I started working on Croatian Radio Television at the very beginning of my studies in the children’s and entertainment program on the third channel, more like a side job while studying journalism. Then the war started and many of us reported on the war. So in September 1991, at the age of 20, I became a war reporter. After a couple of dreadful years, I returned to Zagreb and started learning in practice what journalism actually is.

Where have you worked in the past?
I have always worked on public television. In addition to my journalistic work, I occasionally did summer jobs during high school and journalism studies, but in fact I spent my entire working life on Croatian Radio Television (Hrvatska radiotelevizija – HRT). 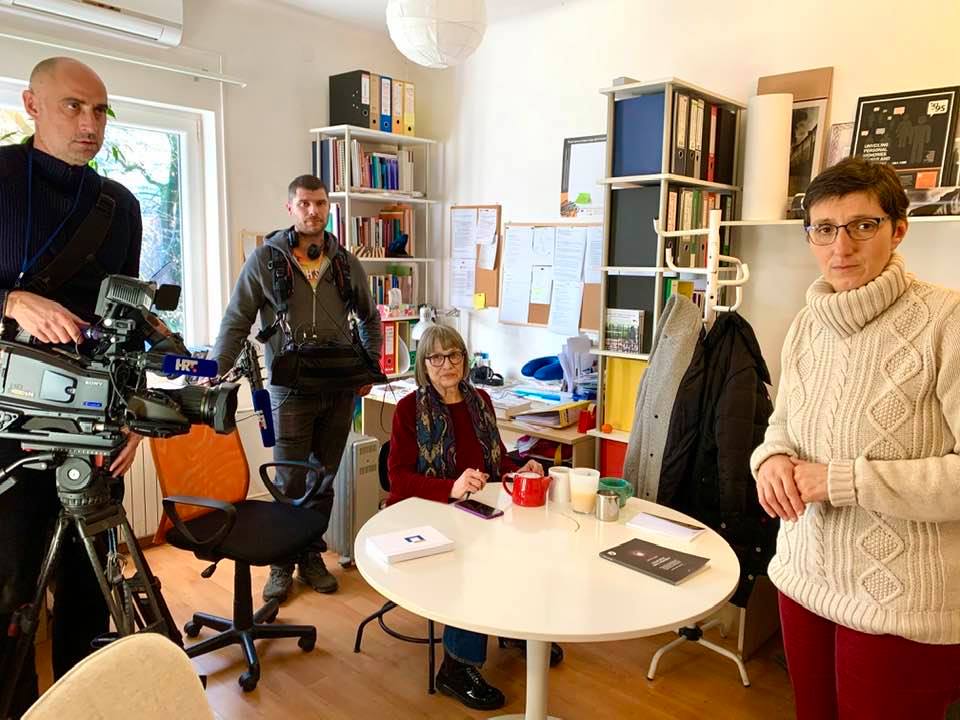 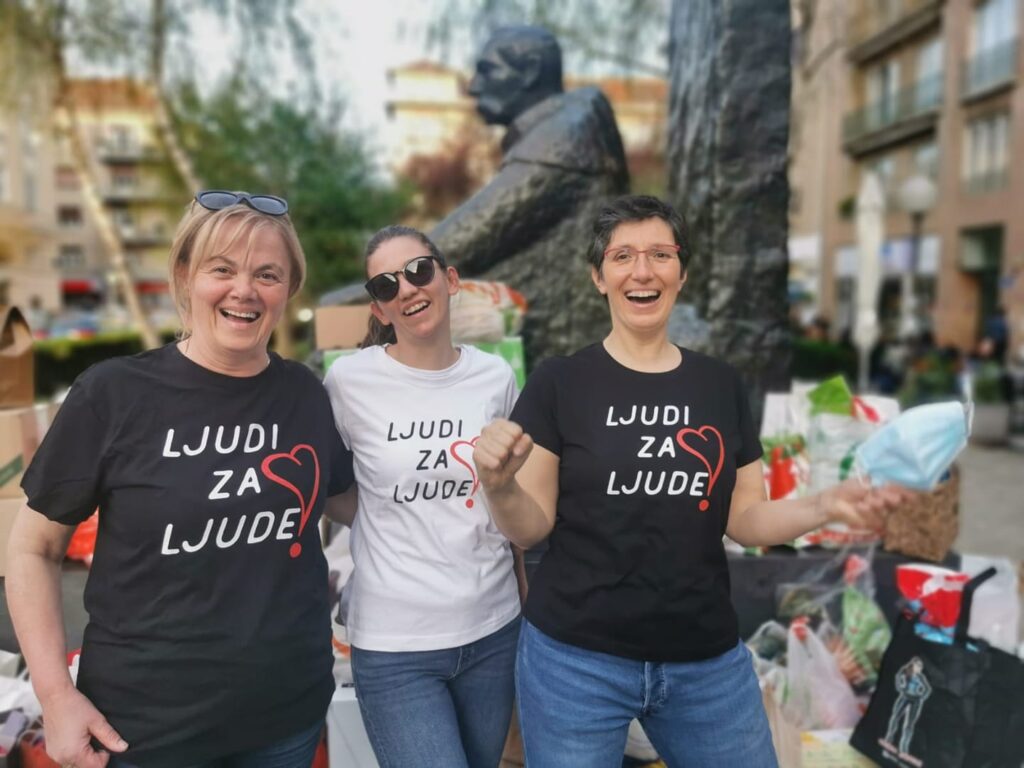 What motivated you to become a journalist?
My whole family is in some way connected to journalism, even though I originally wanted to be a theatre actress because I’ve been in love with theatre since I was little. But somehow I ended up studying journalism and it all led me to this job that I’m still doing. I believe that journalism is very important and that with the help of journalism we can change the world.

Can you tell us a bit more about the situation in your media house at the moment?
Croatian Radio Television is going through a big crisis. Not only this burning, ongoing one, because our director general is in custody on suspicion of being involved in some criminal activities, but also because of the slowness of the system to adapt to the changes that public services are going through across Europe.
We are failing to open up to new ways of functioning, educate journalists in new digital skills, and transform Radio Television into a new media environment. We are not free from political pressure and we are not provided with completely independent work, which is oppressing. I believe that the struggle for the survival of the public service is important in all parts of Europe. In a society like Croatia, which recently joined the EU community, and which sometimes suffers from a lack of democracy, public service is extremely important. 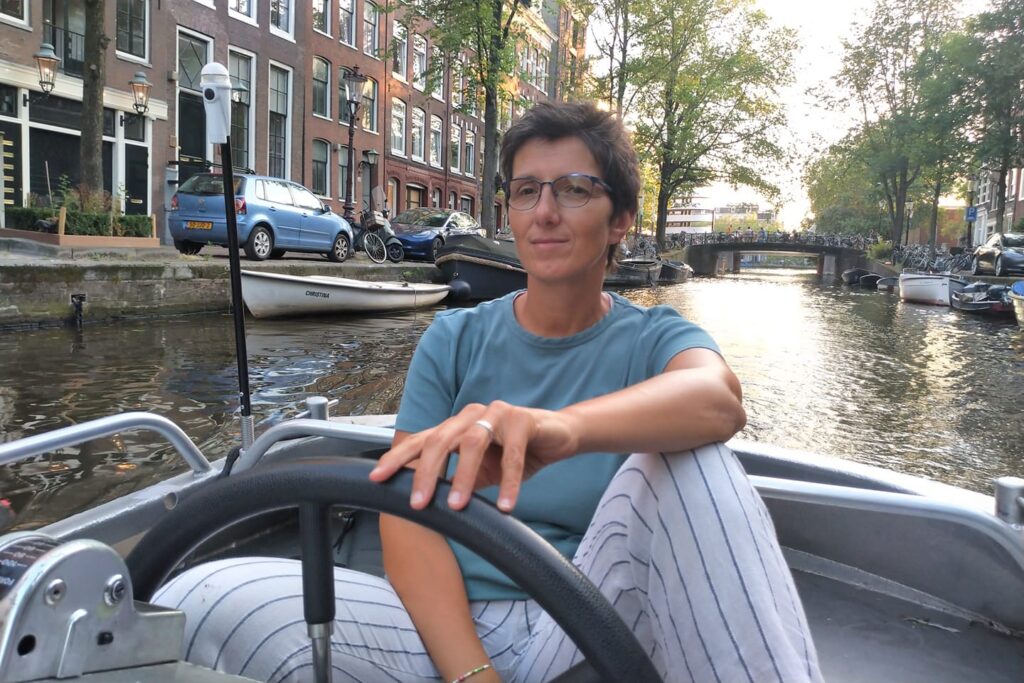 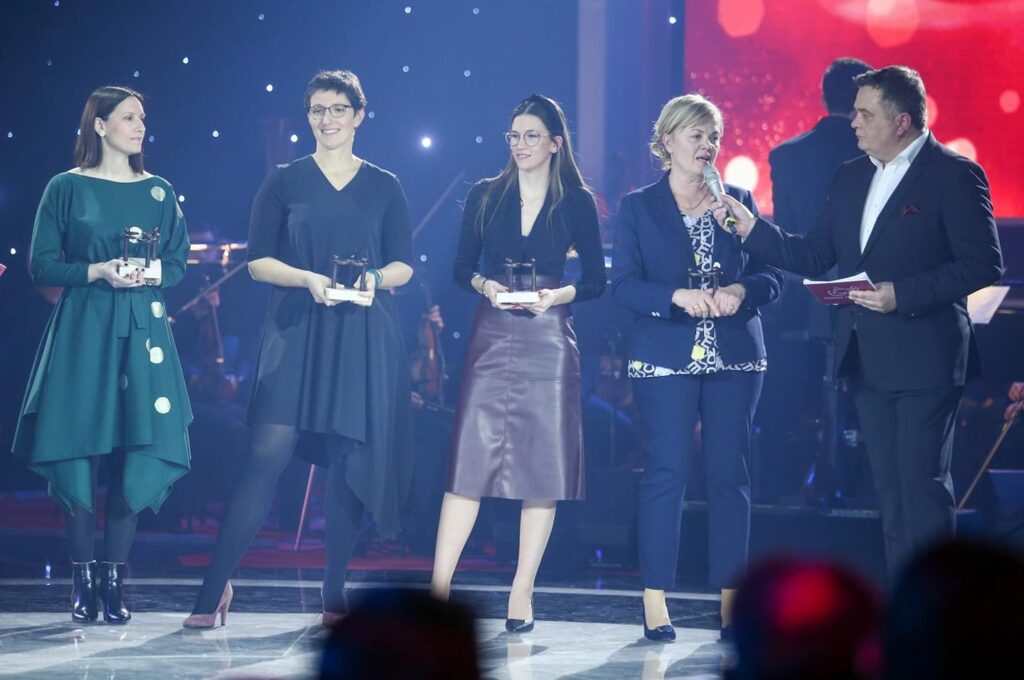 At the same time you are active in the journalists’ union – you run the union in Croatia. What are the biggest problems of journalists through the eyes of a labor rights fighter?
Only a journalist whose existence is protected can be a free journalist and that is the key to the problem. The position of journalists is reflected in the level of freedom of the media. In Croatia, there are only two signed collective agreements. There is no security for journalists. They have not company employment contracts that guarantee their safety, insurance and work without fear of retaliation and punishment. In local media, dependence on local politics, which mainly finances these media, definitely stifles their independence, and journalists are forced to work as they see fit for local leaders because their existence depends on it. Freelancers are completely unprotected; for them there is no legal regulation that would guarantee the protection of the minimum of their rights.
Through the union, we first try to make our colleagues aware that they have some rights guaranteed by the law and that they can and must fight for them. The Union is here to help. This basic protection of workers’ rights is followed by many things – the union wants to connect colleagues, offer additional education, help find funds for work, offer consultations on EU funds … We are mainly trying to respond to the demands of this modern media environment.

And how do you see the general media situation in your country Croatia in 2021?
It’s getting harder. We didn’t get out of that big crisis in 2008 when the number of journalists in Croatia almost halved because people couldn’t make a living from journalism, and here we are in a new big crisis. As in the whole of Europe, the press is in big trouble and we shall yet see how it will get out of this Covid 19 crisis. Money for the work is decreasing, so we are trying to motivate and help our colleagues to turn to European funds, as the EU has decided to open up to journalism through the Recovery plan, and through the Creative Europe program.
As in the whole world, we are struggling with a decline in citizens’ trust in journalism. In Croatia this often goes to extremes, such as attacks and insults of journalists, and we are among the champions in Europe for Slapp lawsuits – a form of pressure on journalists when strategic lawsuits exhaust journalists and newsrooms and drag them to the courts for insults. Basically, it is not easy to be a journalist in Croatia today, but I repeat – somehow we have to change the world for the better. 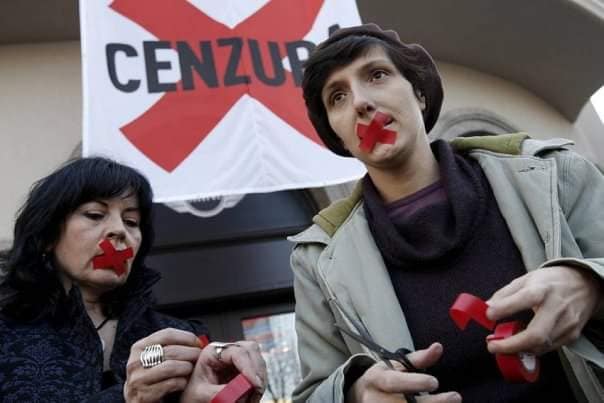 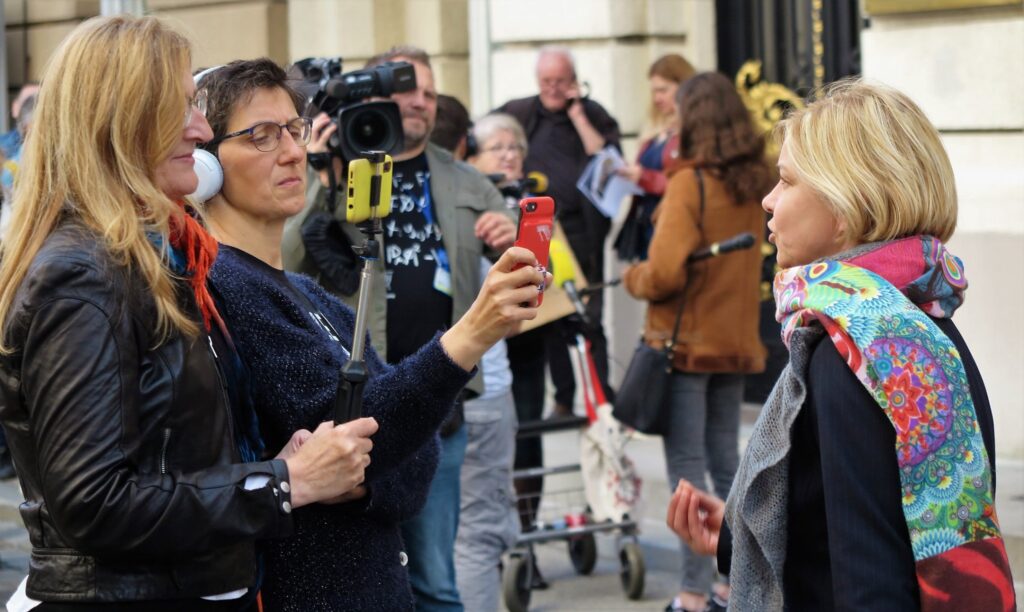 How professional are the media and journalists in Croatia? Do you see problems?
With the rise of new media, which are no longer new, the old rules of who can be a journalist and what a journalist must do have changed … Within the Croatian Journalists’ Association there is a Council of Honor of Journalists that works hard and reacts to irregularities and publicly points out how journalists must work and act. Of course, that is not enough, but that is what a professional organization can do. There is a lot that could change. For example, many owners and editors do not adhere to the rule that advertising texts must be signed as such and that a journalist is not obliged to sign an advertising text in their own name. This is, however, largely done in many media. Therefore professionalism and trust in the media decline. A journalist is not a public relations associate, he is in fact on the other side. 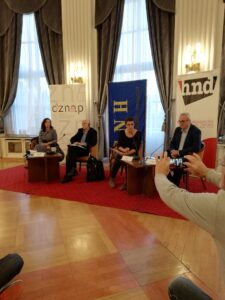 When we talk about the safety of journalists, what are the biggest problems in 2021?
Attacks on journalists linked to protests against corona measures; unfortunately we have seen several cases. Also, hate speech and threats to which journalists are often exposed, but also inappropriate behaviour of politicians towards journalists.

You have also received some threats in the past. Can you tell us a bit more about it and how it all affected your professional and private life?
It is not pleasant to receive a message in which someone threatens to kill you and your family, but I think it is important to report such things and thus fight them. Personally, provocations that I hate my country or anyone else used to hurt me, because they were just not true. However, my family supports me and that is in fact the most important thing in such moments. It gives me strength to continue further. 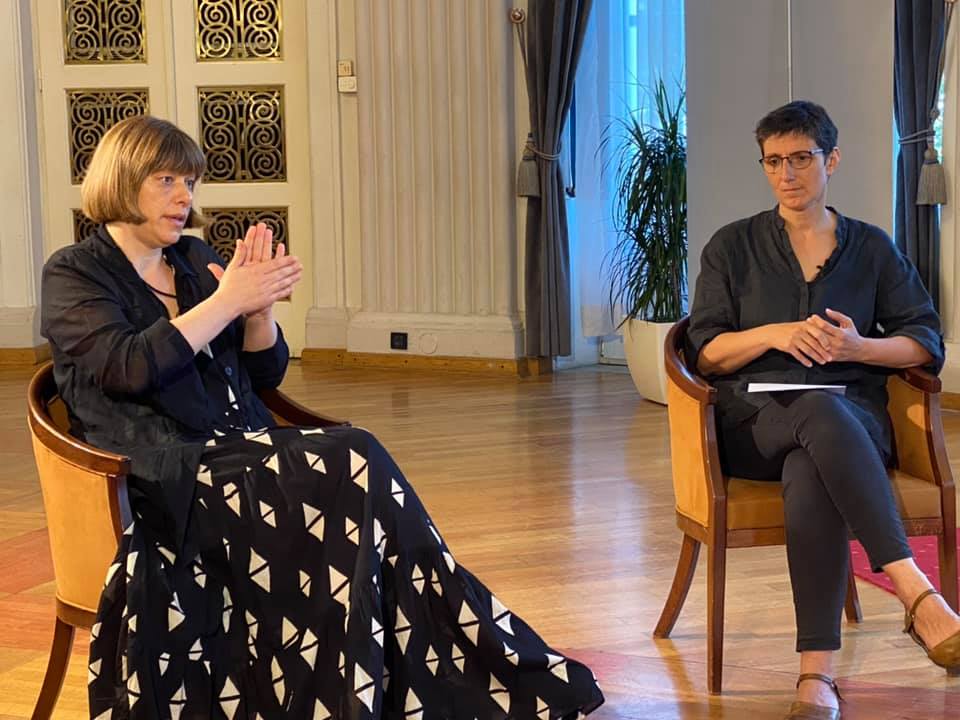 Has Covid-19 influenced your journalistic work?
Aside from a couple of self-isolations and absences due to illness, I worked normally. I didn’t work from home, but Covid drastically changed my life like everyone’s else in the world. We have done a lot in the Union to help people. We agreed that the state would open a fund for journalists who lost their jobs, we advised people, and helped to procure equipment in the first days.

Finally, you are a journalist and a public figure, how much does it affect your private life?
I actually live one ordinary life in a family with three children. I cook, I wash, I shout that they have to clean their rooms. My “dramas” are common to them, and I don’t think my people at home see any difference from other families’ lives.