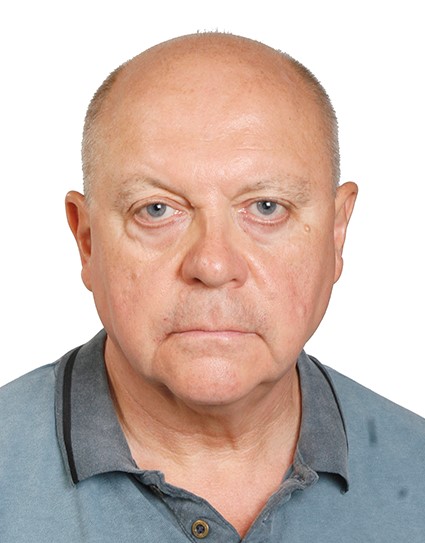 Can you tell us please something more about the start of your career?
I graduated General Linguistics and Cultural Anthropology. Already as a student of the third year, at request of my Linguistics professor, I started volunteering by teaching Hebrew to students of the General Linguistics and Oriental Studies department, having been promised an assistant post upon completion of my studies and as soon as funds for a new assistant were approved. Yet, after three years of volunteering, another assistant had to be employed because he was politically connected.
I decided to stop teaching and try my luck as journalist: I took my CV to “Vjesnik”, once a mega-company encompassing almost all print media in Zagreb, and several months later, in February 1984, I got a call that there was an opening at “Večernji list”, major daily newspaper. I passed the test, done the three-months in-house training, and I stayed there for the next 28 years.
As a young person you spent part of your life during the Summer in Israel…
In high school, at the age of 15 and 16, my parents sent me for two summers to a summer school of English in Croydon, England. Such English summer schools were at that time pretty popular in Croatia. The following three years I spent summers travelling around Europe by Interrail. On my way I made some Israeli friends, got interested in the country, and having seen everything in Europe (or so I thought then), in 1977 i boarded a boat to Israel. I hitchhiked around the country and the West Bank – at these days there were no checkpoints, Israelis were usually going to Tul Karm or Qalqiliyya for Shabbat lunch and Palestinians were spending weekends on Israeli beaches, hitchhiking was safe – quite unbelievable today. I started learning Hebrew, and I also picked up some Arabic on the way. I spent several weeks volunteering at the Sha’ar Ha’Amaqim kibbutz (a decade before me Bernie Sanders also volunteered there) which was established by immigrants from Croatia, Vojvodina and Romania, and in the following years I also participated in some seminaries organised for youth from abroad, and continued volunteering in other kibbutzim, like Ein Gedi at the Dead Sea and Yad Mordechai, next to the border with Gaza. In the summer of 1986, upon the opening of the border, I also hopped on one of the first tourist busses that were taking tourists from Israel to Kairo, and have written a 4-part report on the experience for “Večernji list”.

Most of your professional work you spent in Vecernji list in Zagreb. Can you tell us a little more about this period?
I started as a sector journalist covering city transport and network construction from 1984. until 1991. Upon the fall of “Communism” I was allowed to move to the previously politically sensitive Foreign Affairs Department, for which the Party membership was no longer required, and appointed a Middle East Specialist. I was covering the region from Zagreb, but spending several months a year as a visiting reporter in Jerusalem, until 2002, when I was sent to Brussels as EU and NATO correspondent.

You worked for more than 10 years as Correspondent on Middle East Affairs. How you see the today developments in this part of the world?
I still remember the days of old, when tensions between Israelis and Palestinians were much lesser than today. But when Menachem Begin’s Likud replaced the Labour as the Israeli ruling party in June of 1977 and started expanding the settlements in the West Ban and Gaza, the situation began to deteriorate seriously. At the same time, by introducing the liberal market reforms Begin had begun what Netanyahu had completed: tearing down the fabric of the Israeli society. The previous slogan “Kol Yisra’el Chaverim” – all Israelis are comrades – no longer exists, and chasing the maximum profit margin has become the norm. Now, when Palestinians are finally ready for serious peace talks, it seems that nobody in Israel is interested any more. And four years of the Second Intifada, when there was almost not a single day without a suicide bomber exploding somewhere, has pushed most Israelis to the Right. This quest for security above peace has become even stronger with Da’ish having conquered most of Syria and Iraq. Even now, upon the fall of Da’ish the feeling of security has not returned because of Hamas spraying Israel every once in a while with rockets from Gaza and with a similar threat coming from Iranian backed Hizbullah in Lebanon. Taking a more general view of the region, it is still recovering from Da’ish and trust between Shi’a and Sunnis has yet to be established.

Would you include Afghanistan in Middle East and how strong is the influence of some countries in the Middle East on the developments in Afghanistan?
The recovery from Trump’s betraying the Kurds, and insecurity that it brought to the other Western partners in the region would have taken some time even without Biden relinquishing Afghanistan to the Taliban. In this way you could consider Afghanistan as a part of the region, as its fall will definitely have some influence on the Middle East. But at the same time Afghanistan is a story for itself. Not even a country but an amalgam of different tribes, languages and customs, belonging more to Central Asia and Indian subcontinent than to the Middle East. Even though several of the languages spoken there are very similar or even identical with Farsi. The biggest influence on Afghanistan comes definitely from Pakistan, although Saudi Arabia and Qatar may also see it as their playground.

How important is journalism for you?
Once a journalist – always a journalist. Even though I don’t work as a journalist for living, I still pay my Croatian Journalists’ Association membership fee and feel deeply disturbed by the developments in the field. What Nick Davies wrote in his book “Flat Earth News” in 2008 has in the meantime become the reality of journalism also in Croatia.

Today you are not more active as journalists. Why you made this change in your life?
I was forced to make this change. It begun in 1998, when for the first time in “Večernji list” we were not paid overtime. Us Union representatives went to the CEO, former journalist colleague, to ask him what was happening and he told us: “Look guys, I can at this moment go out to the street and find 20 kids who would much, much cheaper than you fill these blanks among the adverts”. At that time it sounded as a harsh joke; no more. In July 2011 I was brought back from Brussels where they replaced me with a much cheaper free-lancer. In September Styrian owners of “Večernji list” decided to start a new weekly magazine “Forum”, to which most of us still fully employed staff were moved, pushed out into the open sea and sunk in the summer of 2012. Several month before, in March, even to those who thought Styrians were serious with “Forum” must have understood what was happening, when they offered us either a beginners salary (and most of us were employed for 20+ years!), or a gracious severance pay. Disgusted, I took the latter and left.

After having been on the dole for 19 months, I first got an 18 month contract with the EESC in Brussels, replacing two translators on maternity leave. When it expired; I was offered a lower level job as an assistant in European Parliament’s General Directorate for Communications, organising events and exhibitions for MEPs. In an internal re-shuffle my service has been moved to another DG, LINC, which deals with interpretation and conference organisation. My journalistic urge I satisfy nowadays mostly on social media. Also, since 2004, I have been a free-lance Croatian national editor for Standard Eurobarometer reports.