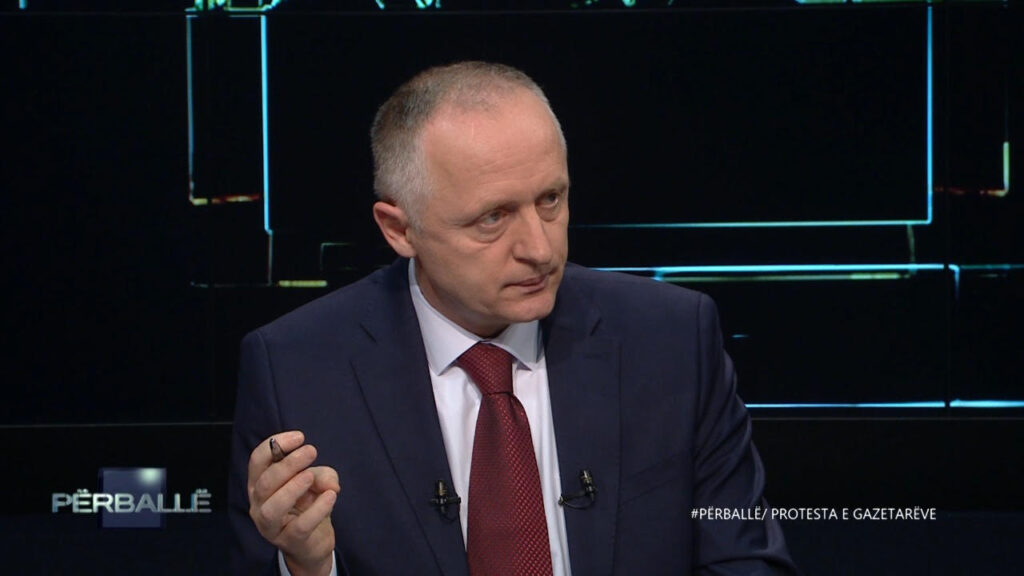 How and when did you start your journalistic career?
I graduated from the Faculty of Geology and Mining in Tirana in 1991 and 6 days after graduation I started working as a journalist. So 30 years ago. At the time of system change, when Albania started the transition from the harshest dictatorship in Europe towards democracy and the market economy.

Where have you worked in the past?
As a journalist I started working in newspapers, with a brief experience in radio and recently television.

And where do you work today?
For 5 years I have been directing on the public television in Albania a political talk show called ” Përballë “. The show is based on in-depth interviews mainly with personalities of the political life in the country. I also teach students the subject of investigative journalism and I am also a part-time trainer at the Albanian Media Institute. 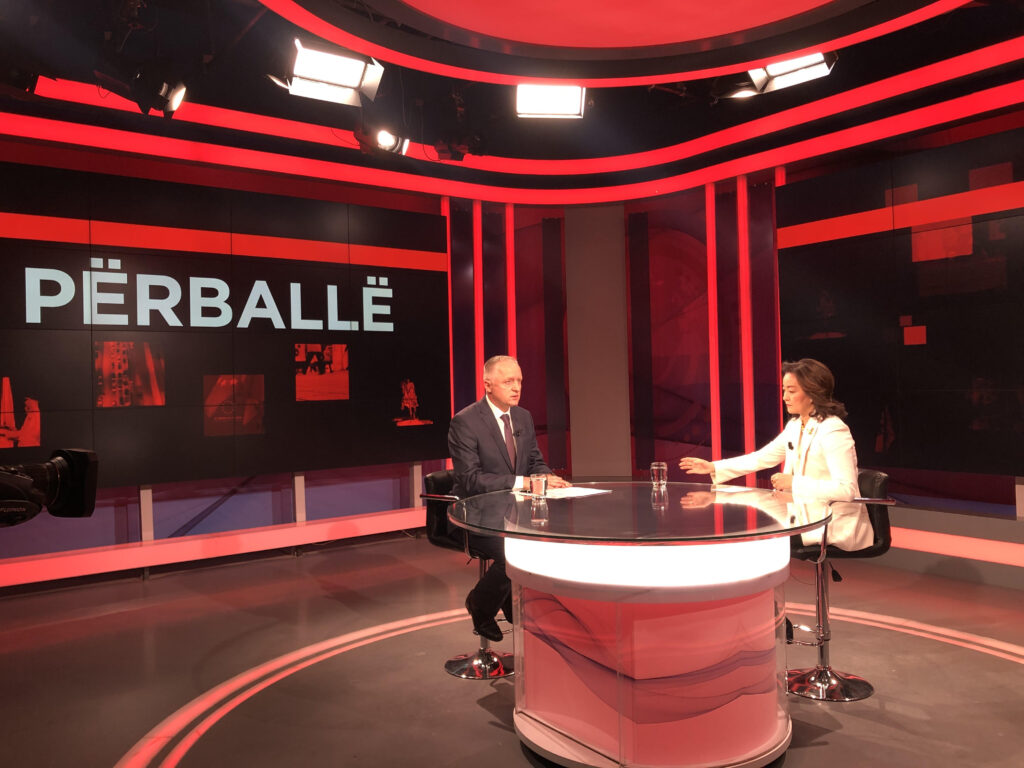 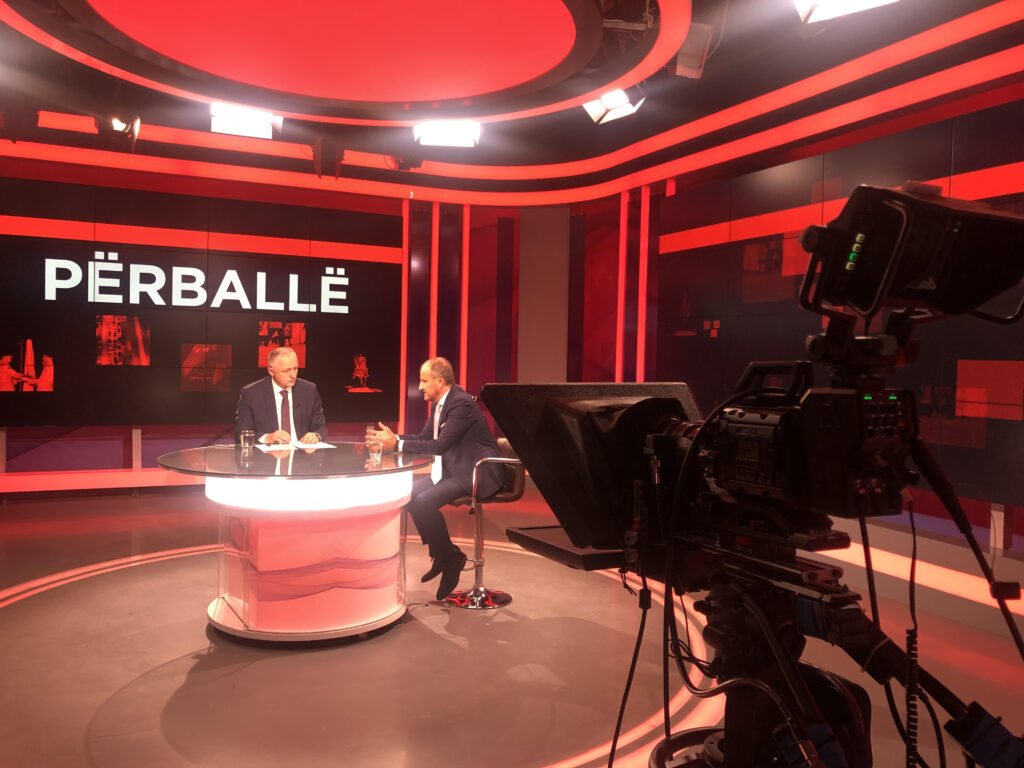 How important is social media for you?
Social media is very important because it allows you to communicate without filtering with many people. Indeed with as many as you want. They are important channels of communication with the audience that, if used properly, should help in the work as a journalist. But I emphasize that they are good communication channels. They cannot replace the work of journalists.

What role in society has the public radio and TV in Albania, especially when you compare it with private radio and TV channels?
Public television does not have many friends. Private competitors naturally do not want it to grow, politics always aims at controlling it. The only friend of public television remains the public. But to be friends with the public, you have to serve them. It is easy to say this but not very easy to implement. The legacy of the “red carpet” television, lack of flexibility to compete with the private sector, political pressure and mediocre people pressure are some of the factors that prevent the public media from being an aggressive actor in the overcrowded media market in Albania.
Recently, the public media is undergoing a process of transformation and the public is increasingly demanding from the public media. This is positive.

How do you see the general media situation in Albania in 2021?
In a word the situation is good, in two words not good. It’s a good situation because there is a huge variety of media operators. Albania is a small country with less than 3 million inhabitants but has about 60 television stations, 5 national television channels, dozens of cable televisions and hundreds of web sites dedicated to the news. But on the other hand quality is a problem. A quality media product requires time, skilled people and money. The tendency is to produce as few people as possible and before. Producing investigative stories or, to put it mildly, critical journalism – this is the test of whether the media serves the public or the day-to-day interests of politics and business. Unfortunately, mainly investigative journalism in Albania takes place in satirical television shows or is developed by media that does not operate as a business, but is supported by foreign donors. As long as donors are present everything seems fine. The question is what if donors leave or priorities change?
People more than information today need clarity, more than content need context, more than details need the big picture. Media should hold those in power accountable.

How strong is the influence of politics and business on the media in Albania?
There has long been a great deal of debate about political influence in the media. Not that this impact has been mitigated, but there are ever bigger problems that still remain under the carpet. Business has its own interests and moreover the media itself has its own problems that it does not talk about. Corruption, widely acknowledged to be widespread, is also present in the media. Cases of media blackmail against business or other actors for close political and economic accounts are not absent. The pressure on the media from all sides is mounting. It’s time for the media to stand up. 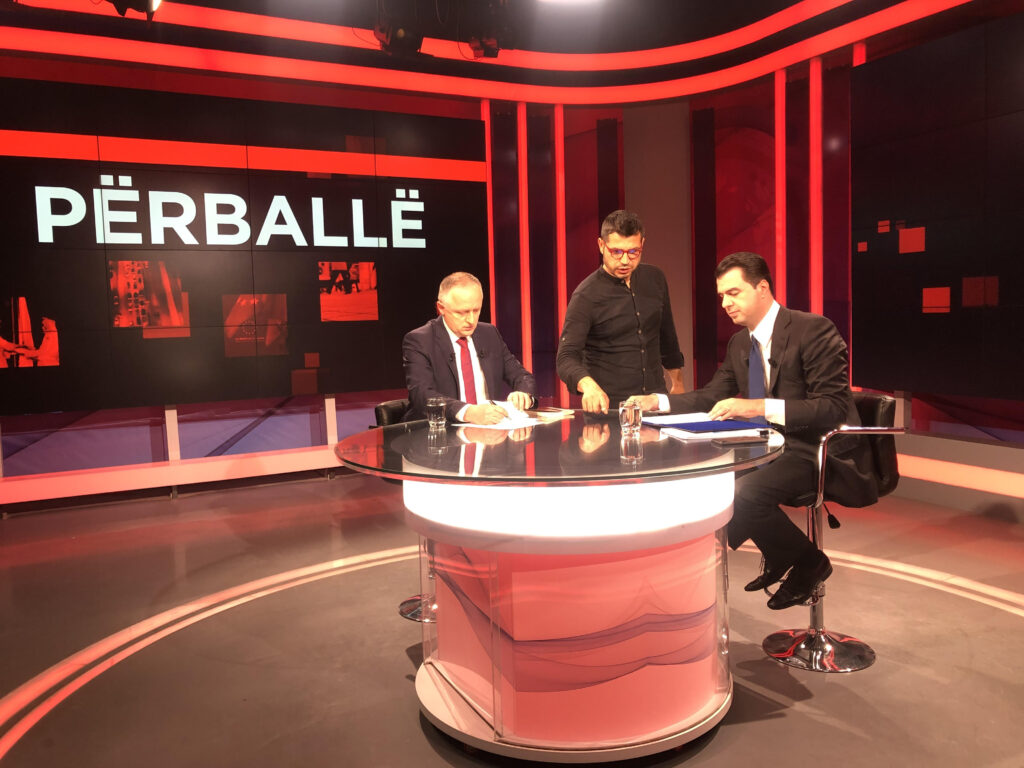