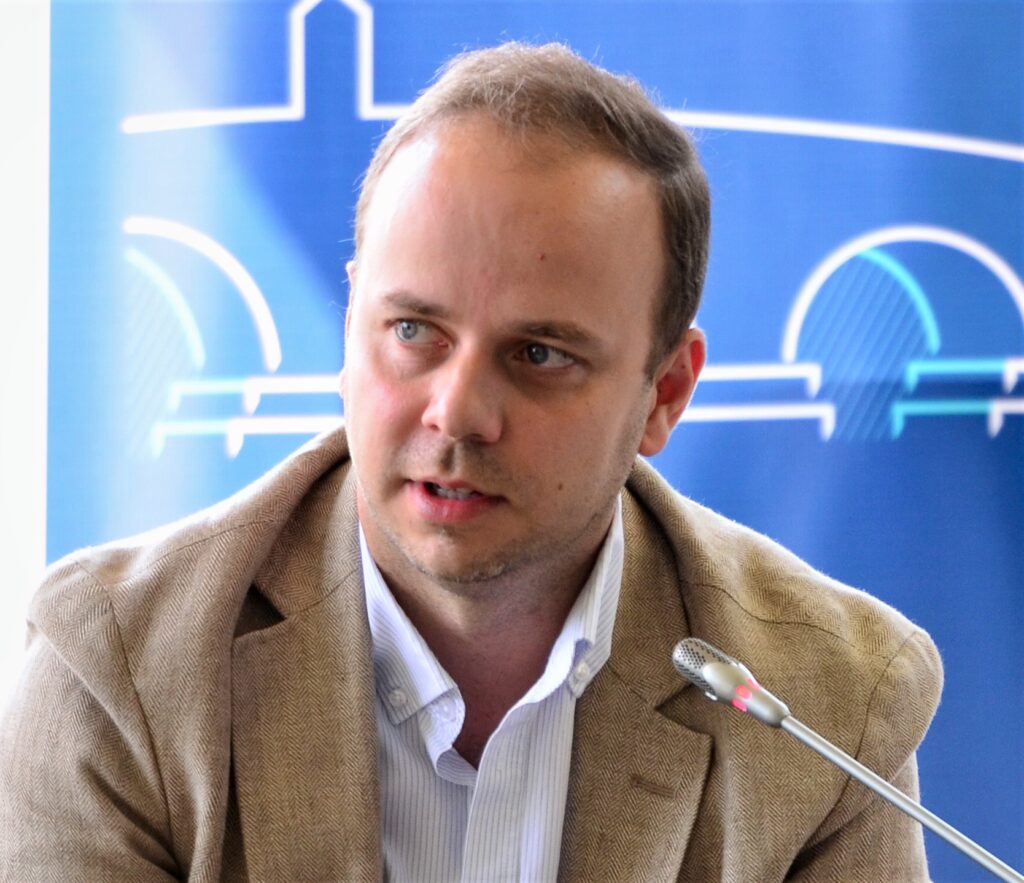 You are international well known with your work in the leading journalist association in North Macedonia Здружение на новинари на Македонија. Can you present us a little more your work.

One thing is absolutely true about my work as Director of the Association of Journalists of Macedonia and that is that I am never bored. There is simply no time for such luxury but not only that since we do not have routine work given that the diverse topics tackled by this organisation which are never the same. So constant learning is a must. We are trying to follow the trends in journalism and the instruments of pressure towards journalists for which the mitigative measures ask specific and new approaches and this is a professional challenge. In addition, the partners that support us which are members of the international organizations they all have different procedures which burden our work but eventually make me and my colleagues learn constant new things in order not to improvise but to provide quality results.

Can you tell us please something more about the start of your career.

In the past, I worked in the commercial sector in the IT industry and later in the Ministry of Finance for the EU funds for Macedonia. This experience helped me to nurture professional communication especially with the foreign stakeholders and to be efficient in fundraising since the technical issues of the EU procedures for the pre-assistance funds were already familiar to me. I did have difficulties to accommodate the dress code, in the beginning, to be frank since a suit and a tie were common for my past job however for somebody that is in a company with reporters on daily basis and is “on their side” this was rather unusual. So some jokes were present about my style by other colleagues which is kind of funny thinking on that from this perspective.

How you can describe the media situation in North Macedonia in 2021?

The media situation in Macedonia has seen better days for sure. In numbers, Macedonia used to be 34th position on RsF Global Index in 2009 and for comparison this year we are on the 92nd position. So there is a lot of space for improvement. The biggest problem is the small market and vast number of media and simply there are no funds for everybody to be happy that leads to a problem since it makes the journalists to be fragile from the social and economic aspect. This also affects the generally poor media offer with some exceptions that is provided to the citizens. In addition, the policy of impunity is widely spread and attacks and threats to media workers are simply not efficiently processed by authorities that can easily trigger new attacks of journalists and this is also something noted in the international media reports.

What is the role of public radio and television in North Macedonia today?

The MRTV as stipulated in the national laws should provide to the citizens quality informative programme, education and entertainment. Although that there are certain improvements in the informative segment of the public broadcaster and some positive examples of private production within the MRT I can not say that this media is fulfilling its mission. The management of the board has an expired mandate which was legalized recently with amendments in the law and the annual budget of this media is now less than 15 million euros which is less than 50% of the budget that should have as stated in the law having in mind that the financing is fixed with a concrete annual percentage of the national budget of the country. So obviously there is no political will for serious reforms in the MRTV and this is sad since this media should be a trendsetter of standards in the media discourse.

Some years ago it was very hard for many journalists to work only as journalists, and they worked sometimes in several newsroom or had some additional job to survive. Is it better today?

The average salary of a journalist is less than the average salary in the country and people are expecting bravery from the media workers. Yes, there are brave individuals that motivate others but in general, the economic standards of journalists especially in the local and media outlets out of Skopje are very concerning. Hence the influence can be very cheap which may affect negatively the independence of the editorial policy.

How strong is the influence from business and politician on media and journalists in North Macedonia?

There are examples in which well-known businessmen that have links with the politicians are suing journalists at the court for defamation. This is an example for their poor tolerance of critic. The influence is bigger by the political parties since almost every year there are elections in the country and millions are spent (public funds) for party campaigns in the private media. This creates later a circle of clientelism in which the public interest suffers.