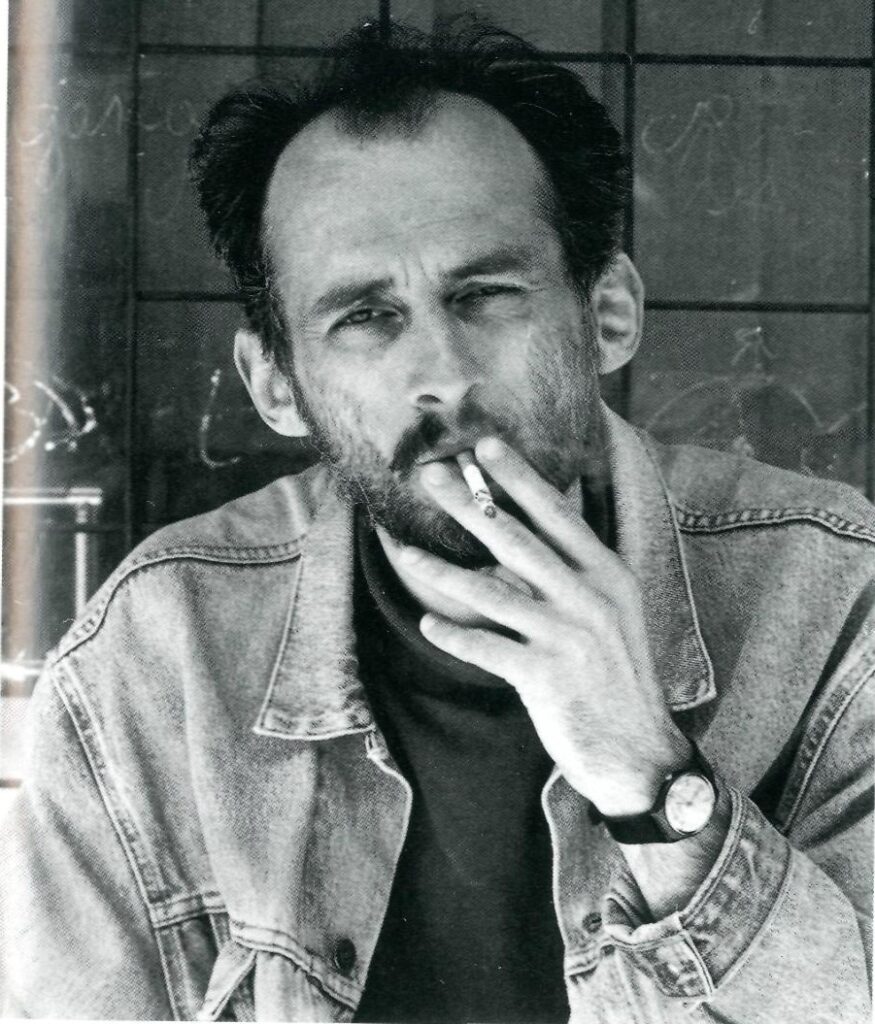 Boro Kontić (Nikšić 1955)
Started his journalistic career on Radio Sarajevo (1979) as a host of the live radio broadcast called “Primus”. In a later analysis “Primus” was estimated to be one of the most significant media project in former Yugoslavia. “Primus” was a basis for the young authors from Sarajevo who were recognized as creators of “Surrealists’ a specific movement in arts and media with broader cultural and social implications.

During his radio career Boro Kontić won Grand Prix of two remarkable world festivals of radio authors for his documentary “Jazztime”: Prix Futura – Berlin and Prix Italia (1991). As a co-author in a radio documentary “Sniper” with colleagues from Danish Radio, won another Prix Italia, 1993.

During a war and siege of Sarajevo (1992-1996) he reported for BH Radio and Voice of America.
Since 1995. he has worked as a Director of the Mediacentar (www.media.ba).

Media center – Sarajevo developed few core activities: education of the journalists, Data base with content from the main regional media (www.infobiro.ba), Research department, Documentary Film department as well as broad regional media co-operation Mr Kontić was author and producer of numerous documentaries. Among them “Years eaten by lions” about journalism and hate speech in ex – Yugoslavia between 1991 and 1995. For the movie he¸s got prominent regional prize “Jug Grizelj”- for achievements in investigative journalism in the service of developing friendship among people and removing the boundaries between nations.

You were born in Niksic, Montenegro. How and when you came to Sarajevo?
I was twelve years old when I came to Sarajevo with my family. My father found a better job and Sarajevo was, unlike Nikšić, was University City. I finished primary and secondary school here, graduated from the Faculty of Law and Sarajevo has been my city for more than half a century.

Tell us a little bit more about your background. Why and when you decided to work as journalist?
I came to the radio (and journalism) quite by accident. I was a second-year college student when the local radio station Sarajevo 202 invited students to collaborate. The radio station was a few hundred meters from my house, so I actually “walked to future job.” After a few months, I realized that this is the ideal place for me. Everything suited me, especially the radio way of expression, so I soon spent all my time in the newsroom, studio and editing

Where you worked as a journalist in the past?
I started at Sarajevo 202 and after finishing my studies I got a job at Radio Sarajevo. New place was Second Program of Radio Sarajevo, which, unlike the First – informative, paid more attention to the documentary, alternative culture and the destinies of “ordinary” people. I’ve always preferred to explore people’s lives than political events.

You have lot of radio-experience. How important is radio for you today?
Radio has been my whole world for a long time, literally. I went through all the phases from basic journalism to work on live programs, from reporters to authors of complex documentaries. I studied history of radio, looked for the best ways to take advantage of its features and did hundreds of live radio programs. Today I am just a listener. 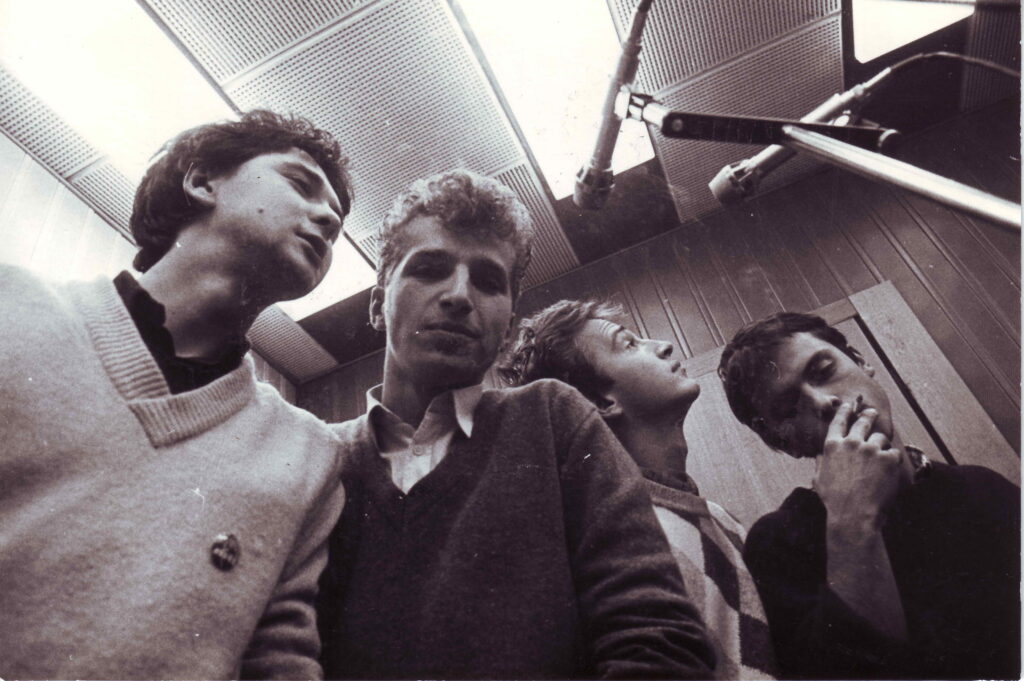 Can you tell us a little more about Primus.
Primus is an abbreviation of „Priča i muzika subotom“. It lasted three hours and was broadcast every Saturday from 8-11 o’clock. Program was dedicated to the phenomena and trends in Yugoslav and Bosnian society at the time. I did it from the end of 1979 to the beginning of 1985. For many regional listeners (Radio Sarajevo covered huge part of Yugoslav territory), Primus is best remembered for the 15-minute part called “Top List of Surrealists” (Top lista nadrealista). That humorous part that I designed and called that, will later have a million-strong audience in Yugoslavia as a television show and will be remembered today as one of the most important programs in this area.

After the end of former Yugoslavia in the 90´this part of Europe was in war. How you spent the war-years, working as a journalist in Bosnia and Herzegovina?
I came into the war as the editor-in-chief of the Second Program of Radio Sarajevo. Unfortunately, this program, like all of Radio Sarajevo programs, will be shut down because we have turned all our programs (First, Second, Third and Sarajevo 202) into one. War program. During the war I worked as a war reporter, hosted the weekly show “Duty Microphone”, a political and social analysis of the war events in BiH. From the end of 1993, I started reporting for the Voice of America from Sarajevo. I did it long after the war was over.

You founded in 1995 Mediacentar Sarajevo. Can you present a little more “your child”.
The Media Center (www.media.ba) was established in early 1995 as a training center for journalists. I already did that on Radio Sarajevo, so, as the author of that project, I entered a space that I knew very well. Later, we developed a digital database of newspapers, video production, started to research media trends in BiH and protection of media freedoms. We are existing in a regional media scene for 27 years. Numerous journalists who are today the leading journalists in BiH have gone through our educational programs. The Media center today is run by people who were teenagers at the time the center was founded. The fact that we managed to make a successful transition and introduce young people to the business makes me very proud.

How you see the media situation in Bosnia and Herzegovina today?
BH media are struggling with similar problems as in the entire region. From the problem of fake news to political pressure on the media. There are examples of excellent investigative journalism, but a huge problem is the decline in the quality and importance of public service broadcasters.

Finally, you are author of the documentary movie “Years eaten by lions”, about journalism in ex-Yugoslavia between 1991 and 2010. What are the differences in all parts of the former Yugoslavia between journalism some 20 years ago and journalism today in 2021?
That film was an attempt to shed light on war propaganda whose main goal was to justify war conquests, ethnic cleansing and crimes against civilians. This kind of journalism no longer exists but there are significant media efforts to relativize the truth about the war. 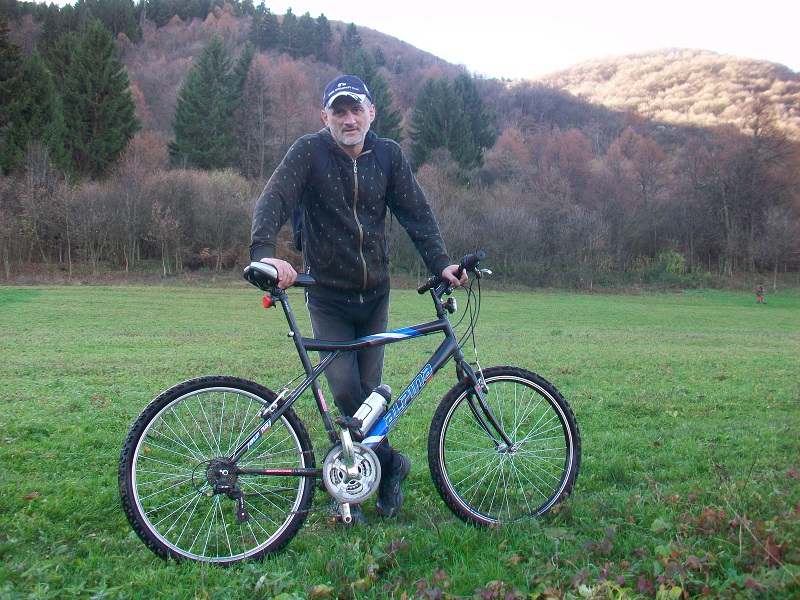