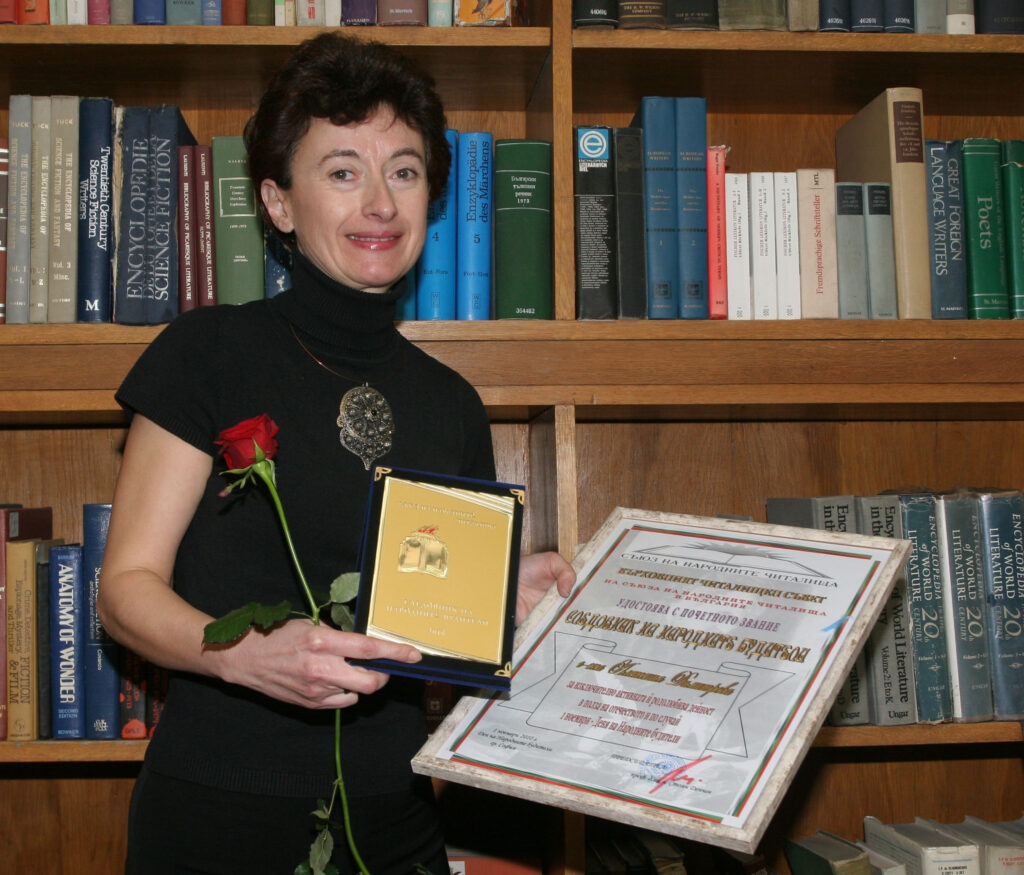 Can you please present a little yourself. Your childhood in Bulgaria in the period of Communism.
I have been working as journalist for more than 30 years. I am glad that only 3 of these years were during communism. Only a person who has lived in those times can imagine what I am talking about. The fall of the Wall in 1989 gave us freedom to write and to publish whatever we wanted. We became free to travel across borders and to openly express our opinion.
As for the childhood – my family lived modestly because my parents were not members of the communist party or part of so called “nomenclature” – certain people gifted with privileges. My mother worked on two and sometimes on three places to be able to support my education and our living.

How and when you started your journalist career?

My father was a journalist and an author. I have always asked myself why he was not publishing his work in the major media. I discovered the truth only after the fall of the totalitarian regime when I was allowed to read his 144-pages file collected by the State Security during 1950’s and 1960’s. I read there that he had been internee in 2 labor camps, including the most severe one – Belene, for his strong anticommunist beliefs. When he passed away I found among his belongings manuscripts which he never published. I did not know all of this when I was 10 years old and sent my first small innocent piece of news work, which got published in a youth newspaper. It was about a natural rock formation high in the mountain and the myths related to it. Being a journalist was the only thing I have dreamed of ever since.

The newspaper 24 Chasa played an important role in your life. Can you tell us a little more about your work in this newspaper.

I worked for 24 Chasa for 21 years until 2016 when I became a freelancer. I still publish my work there and in satellite editions within the media group. 24 Chasa gave me freedom of speech and an arena to develop my professional ideas. After 1995 I published a large number of investigations in the newspaper . Among them were the investigations from the late 1990’s and early 2000’s on the so-called “red money”, leaked out of Bulgaria to offshore zones after the fall of totalitarian regime. The offshores were not so widely discussed back in that time as they are today. Years later, when I already became part of the International Consortium of Investigative Journalists team, and we worked on the Panama Papers or Swiss Leaks it was much easier. We were an international team which was exchanging information and data and we supported each other. Nothing like this was possible in the 1990’s. There was no internet, no public registers, no Freedom of Information Act. In the past I had worked in old fashion way for months to find sources and supportive documents.

In the 1990’s I got my first journalism specializations in Reuters, in the World Press Institute and in the University of Missouri, Columbia where I discovered the power of things like Freedom of Information Act (FOIA) and public records, which I started using immediately. These tools are very powerful and assist the journalist immensely.

The active usage of the American FOIA helped me to obtain documents related to Bulgaria which in my own country were either classified or destroyed. I published a large part of interesting documents, related to events from communist times, in 24 Chasa or in my books.

I also launched a series of articles dedicated to reuniting people from all over the world with their Bulgarian relatives. These people lost connections with their families in Bulgaria due to communist restrictions and censorship of correspondence. I reunited more than 260 families incl.parents and children for the past 19 years. You are also author of several books. Can you present us your work.

All my five books are documentaries. I would have never started writing books if I was not approached by a London based publishing house after my first articles on documents declassified in Bulgaria and in the USA on my requests. This publishing house invited me to digest in a book some of my findings from the archives. I got interested in the archives in the 1990s when my father received a document that he was subject of repressions. Thus my first book “The Iron Fist” was published in English. I am glad that I did it because I received a good response from 2nd and 3rd generation Bulgarians who escaped to the West during the communism. They wrote to me that the book helped them understand better their parents or grandparents’ decision to risk their lives and cross the border illegally.

My next books were also documentaries. I am particularly proud of my forth book “Murder Bureau”. It is based on documents which I found after long years of research. It discovered the existence of a super secret unit, Service 7, which since 1964 was tasked in kidnapping and assassinating Bulgarian defectors in the West. It targeted at least 10 Bulgarians who escaped to 9 Western countries until late 1960’s.

Journalist investigations where always part of your work. Why you decided to work as investigative journalist?

I have not decided this. I am simply a very curious person who always likes to see and research what is behind the wall and under the surface. 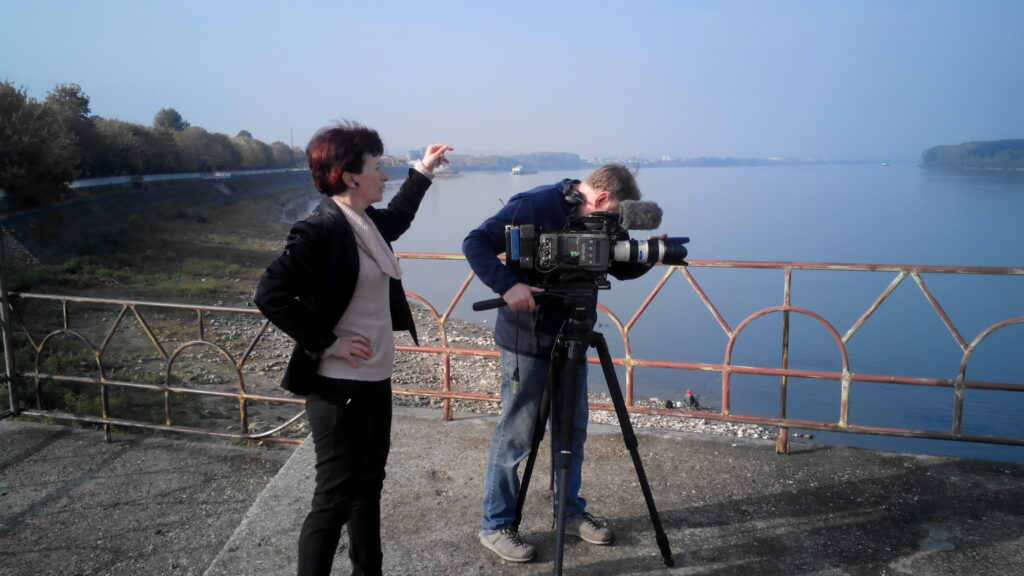 I do not claim myself an expert. I rather have knowledge obtained during my researches in the archives of documents declassified by my request under FOIA both in Bulgaria and the USA. I cannot say what influence had the intelligence services on journalists back in that time because as I told you I was journalist only 3 years before fall of communism. I knew though that the Ministry of Interior or the State Security had officers who were responsible to observe the media. This person eventually watched closely the work of journalists and the media and approached them if needed to “correct” their work.

I do not know about other journalists, I know about me – I have not received any pressure or even an attempt of influence on my work in the last 30 years.

How you see the media situation in Bulgaria today?

Diverse. Which is good. Everyone can choose what to read and to watch, and to takes his or her own conclusions.

How strong is the influence of politics and business on media?

You should ask the owners and the editors in chief. 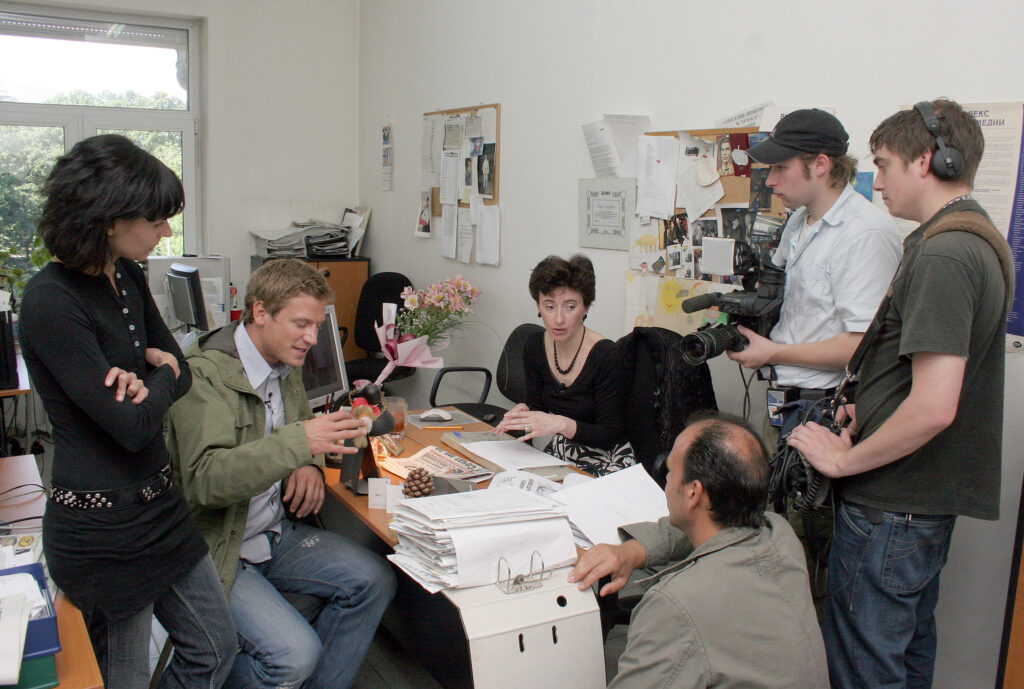 Many students and young people in Bulgaria have the wish to be a journalist, especially in TV to be “famous”. What would be your advice?

I teach Master degree students in Sofia University as an adjunct since 2007. I have also taught for a while in the American University in Bulgaria. I also teach mid-career journalists in Bulgaria and abroad. My impression is that many of young people are serious in their wish to obtain deep knowledge on how to make good journalism. However I let them know that they should be prepared for a serious continuing education if they want to stay relevant. Nowadays journalism is not what it used to be. They need to know foreign languages, to develop data knowledge, and to be able to work in international teams using modern platforms of communication and large data sets. The world of journalism is changing so quickly so they need to spend an extra time to follow and consider the trends.