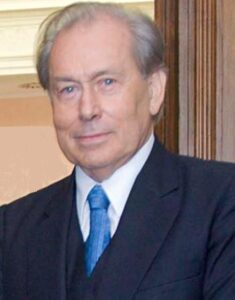 The Central European Initiative (CEI), whose headquarters are based in Trieste, is the oldest and largest regional organisation in Europe. Established in 1989, over the years the CEI has offered a unique framework to foster cooperation among its 18 Member States. Moreover, it has facilitated the dialogue with the European Union, in order to assist the non-EU Member States in moving towards the EU.

The CEI is a trusted and respected partner in the region, fully engaged and committed to provide significant, project-oriented contributions to strengthen the political, economic and social systems of its Member States.

Cooperation in the field of the media is a top CEI priority. Initiatives are promoted to encourage experience sharing and awareness raising with the aim to endorse media pluralism, transparency and independence. Among these activities, the CEI Journalists’ Forum stands out. The Forum offers a platform for promoting professional contacts throughout the region in order to improve the quality of the media as pillars of democratic development.

The fruitful cooperation with the South East Europe Media Organisation (SEEMO) has led to the creation of the Award for Outstanding Merits in Journalism. Recipients are journalists who excel in objective reporting despite the difficult conditions under which they often have to operate.

Because of its commitment to the freedom of the media, the CEI also supports the South East and Central Europe Media Handbook. The Handbook represents a unique instrument not only as a comprehensive database of media organisations and institutions, but also as a source of objective information about media legislation, media ownership and minority media.

We are proud to be partner of SEEMO for its remarkable commitment to protecting and enhancing press freedom.