Erhard Busek, President of the Institute for the Danube Region and Central Europe, Vienna (2010) 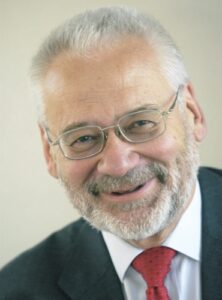 As made evident this year, I would say that Europe owes a lot to Southeast Europe. Not only European integration but also no visa regime must happen and. this is a responsibility for democracy and for the media.

We can congratulate both the journalists and the media owners who have developed in the right direction. But nothing and no one is perfect.

This is also true for the media in South East Europe. So far, SEEMO has expressed numerous concerns about the way in which journalists and media are treated in public, within the political arena and also concerning the security for the journalists.
Within Europe, it is a common responsibility to guarantee freedom of expression. I am very optimistic that this could happen, but a lot has to be done to create a normal situation in which you can trust that the important role of the media can be carried out in the best way possible for democracy.

My congratulations to SEEMO are connected to the request that the organisation continues on in this same way.

Jean Monnet Professor ad personam, President of the Institute for the Danube Region and Central Europe, Coordinator of SECI – Southeast European Cooperative Initiative, Former Special Coordinator of the Stability Pact for South Eastern Europe, former Minister for Science and Research in Austria and former Minister for Education in Austria and Vice-Chancellor of Austria (1991-1995)