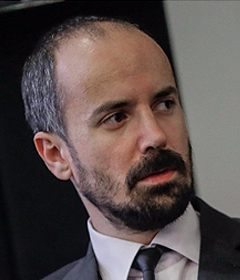 Chief Editor of the Foreign News Service at Hürriyet, Turkey’s largest newspaper. He is the Vice President of the board of the International Press Institute’s National Committee in Turkey. More information: about.me/emrekizilkaya

Turkey’s Prime Minister Tayyip Erdogan claimed that they, the ruling AKP, were the ones who “unleashed” Turkish journalists. Are they really? Let’s do a fact-checking to find out: When I visited Turkey’s Minister of Justice Sadullah Ergin on May 2012 as a member of the delegation from the National Committee of the International Press Institute (IPI), I was told that the new constitution, as well as a couple of legal “packages”, will solve the most obvious and urgent problem in Turkey: the freedom of the press.
The minister’s optimism, whether it was an honest hope for a more democratic Turkey or a sinister tactic of foot dragging to put free speech advocates off, didn’t change the facts on the ground yet:
According to the Freedom for Journalists Platform (GOP), an umbrella organization that represents 94 national and local journalist associations in Turkey, more than 100 journalists are still in prison today.
This toll is confirmed by several professional associations around the world, including the European Federation of Journalists (EFJ). The most widely-accepted, updated number for the jailed journalists is 102 now.
As” world’s foremost jailer of journalists” in the words of the Overseas Press Club of America (OPC), Turkey fell back ten places to number 148 in the 2011-2012 World Press Freedom Index of the Reporters Without Borders (RSF).
The bodies of the European Union (EU), including the Council of the EU, the European Parliament and the European Commission, voiced their growing concern over the free speech record of Turkey, which they have been conducting formal accession negotiations since 2005.
Although the government alleges that several journalists are in jail, whether as a convict or a defendant, “because they are bank robbers and rapists”, the identities of such criminals are not revealed, even at the requests referring Turkey’s Freedom of Information Act.
The rest of the people, which seems like the whole lot of journalists behind the bars, are doubtlessly jailed because of their journalistic work, as the evidence is clear:
Their homes and offices are being searched, their public writings are being seized as “criminal documents”, their unpublished books are being banned by prosecutors, they are being questioned about why they published a certain news story and the indictments against them list their news items or published commentary as the only “smoking gun.”
The pro-government media in Turkey, on the other hand, amplifies the human rights violations of the political authorities, worsening the personal tragedies of objective journalists or their dissident counterparts.
Character assassination becomes the norm. For instance, wiretapped conversations, which have generally nothing to do with the legal case, are being published or broadcasted in violation of the privacy of the defendant.
Cold facts and flat statistics cannot properly describe the tragedy of the Turkish journalist as a human being, though:
Take IPI World Press Freedom Hero Nedim Sener, who was kept in jail for over a year in spite of the huge international outcry over his arrest, as well as his colleague Ahmet Sik, an equally respected investigative journalist.

Biscuits and Strip Search for Children

When we visited Sener in Silivri Prison on November 2011 with another delegation of IPI’s National Committee, he had told us how his 8-year-old daughter offered to be jailed with him. “If they have biscuits, it would be enough for me”, she had explained to him.
Later, when he was released on March 2012, the same Sener would be crying on live TV when revealing how her daughter was strip searched at the entrance of the prison, because three metal buttons of her skirt had alerted the detectors.
Sener and Sik are prominent journalists, so everybody listened to their personal tragedy in the pursuit of truth.
But what about scores of their colleagues who are still behind the bars, pending trials?
Fusun Erdogan, a director of Ozgur Radio, is one of the forgotten names. Erdogan, who described herself as “a dissident journalist”, was arrested on September 8th, 2006 and charged of being a member of a Marxist-Leninist terrorist organization. Her lawyers, as well as main opposition MPs, insist that there is no sound evidence against her.
In the last hearing on May 30, 2012, the court refused to release Erdogan once again and postponed the case to September 6th, which meant that she would remain in prison without conviction for over six years alongside ten other defendants, including two more dissident journalists.
It is clear that the need to democratize the the Constitution, the Turkish Penal Law (TCK) and the Anti-Terror Law (TMK) is urgent. But don’t get it wrong: It is more about legal practice than the legislation; as with the same laws, Turkey’s free speech record was relatively better in the past, although not ideal at all. Such legal cases aside, at least the Prime Minister was not rebuking pundits by personally targeting one of them by yelling that “this is an individual whose pen always drips with filth”.
This picture reinforces the perception that the government, which is preparing some –seemingly- cosmetic improvements to the defuse the situation nowadays, could be attempting to quell dissent and keep its hegemonic control over the public opinion.
What may be even worse is the perception that many journalists feel an urge to censor themselves in order to stay away from the wrath of the government and the judiciary.
But what can they do after seeing their independent colleagues either crying on TV or silenced in prisons?
And what can they do after reading from their colleagues, maybe not leashed but unfairly favored by the government, that Turkey is being presented by the West as a role-model for the “Arab Spring” countries?
What, except censoring themselves or, in other words, changing the color of their collars and leashes?