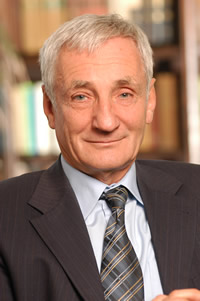 The new Hungarian media legislation, presented in June 2010 and passed without relevant professional and social conciliation, according to the opinion of the Association of Hungarian Journalists (MÚOSZ), violates the democratic public opinion and is restrictive for freedom of expression in terms of its content and the process of its preparation too. We have expressed our counter-arguments for the legislator by a number of open letters, announcements and submissions to the constitutional court as well.

The composition of the leading authority bodies responsible for overseeing the media regulation guarantees the exclusive influence and control of the governing power over the media. Our submission to the constitutional court, among other proposals, initiates the correction of this monolithic structure. Based on a recent announcement of the constitutional court, we are hoping that we can learn about the results of the submission by the end of the year.

The features of the new media legislation, extended to the online and print private media outlets, representing a duality of strict sanctions and obscure norms (the so called ‘gum-paragraphs’), are facilitating self-censorship by establishing legal uncertainty, and they might significantly diminish freedom of Hungarian press. One of the latest modifications of the media legislation further facilitates this risk by qualifying press penalties as public dues, to be paid obligatorily even if the decision of the media council or media authority is debated on the court by the fined media outlet.

Protesting against the drastic way of the public service broadcasting company’s reorganisation in the past few weeks, in particular attracting attention to the withheld exposition of the arrangement’s professional background and the imprudent human resources strategy of the multitudinous layoffs, we released an announcement expressing our solidarity with the affected journalists, for whom the MÚOSZ, besides the moral support, offers legal representation too.

The Association of Hungarian Journalists (MÚOSZ), established in 1946, is the largest and oldest independent organization of professional journalists in Hungary. MÚOSZ enhances freedom of press and upholds the morals and traditions of ethical journalism. The Association is a full member of the International Federation of Journalists.