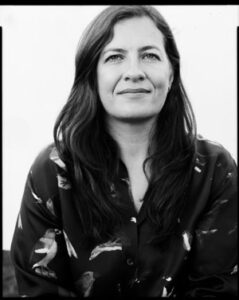 She was taken by investigative journalism in 2006, when she was a journalist of the daily Delo, that she divorced at the end of March 2018. Until today she has acquired extensive experiences and specialized skills in investigative and data journalism, and she will continue to build on those as a the founder of Oštro, Center for investigative journalism in the Adriatic region.
She spent the year 2015 in courtrooms, because she was persecuted for allegedly publishing clasified information in stories about neo-Nazis in the ranks of the party SDS. She faced a three year prison sentence, but was eventually acquitted of all charges. In the same year she founded The MEPs Project which brought together journalists that represent all 28 EU member states. They demand the European Parliament releases data on how Membersa of the European Parliament spend their professional allowances.
She works for OCCRP as a regional editor. She is a member of the International Consortium of Investigative Journalists (ICIJ) and the network of journalists behind Forbidden Stories. For her work and that of her colleagues she received the Websi award in the media category, and the Watchdog award for exceptional achievements given by the Slovene Association of Journalists. For her work on The MEPs Project the European online media outlet Politico Europe ranked her 6th among 28 most influential Europeans in 2018.
Her heart is divided to Slovenian on her mother’s side, and Croatian on her father’s side.

As a long year investigative journalist in Slovenia how you see the relation between journalists and whistleblowers in your country?

Slovenia has had only a few whistleblowers coming to the fore to highlight grave wrongdoing in the public sector. In a recent example, a now former employee of the Agency for Commodity Reserves that was tasked with coordinating emergency Covid-19 related public procurement revealed serious issues with the process, conflicts of interests, political pressures to procure equipment from specific providers and similar. His name is Ivan Gale and he revealed this information when he was a guest of the public broadcaster’s evening news show. For many reporters this was a first. I believe that they readily accepted that Gale was a good guy and perused many of the information that he disseminated via Facebook and elsewhere in their reporting.

Are state institutions, police and courts protecting whistleblowers in Slovenia?

The only comprehensive whistleblowers’ protection is afforded by the Integrity and Prevention of Corruption Act, however, we do not have a special law — Slovenia has not yet implemented the EU Whistleblowing Directive.

What is the situation with NGOs and protection of whistleblowers?

Some NGOs are quite active in this area, such as Transparency International Slovenia and the recently established Center for the Protection of Whistleblowers whose co-founder is the previously mentioned whistleblower Ivan Gale. But that’s pretty much it.

Connected to Covid19, how transparent were Slovenian officials in giving information? Did, like in some other countries, some investigative journalist stories or information from whistleblowers helped that the public in your country is better informed?

Apart from Gale we haven’t really seen others come to the forefront about Covid-19 topics other than emergency public procurement.

According to Eurobarometer on the topic of corruption, the number of people in Slovenia who know where to report a case of corruption is declining. Slovenia is a small country with a good system of internet and education. What are the reason for this negative developments connected to corruption-reporting?

Precisely because it’s a small country. With a population of 2 million our social networks regularly converge, even across party lines as the main opposing parties, SDS and SD, often demonstrate. The absence of a critical mass of people also functions as a deterrent whereby any report about what one perceives as wrongdoing could easily backfire or worse, anyone from that person’s family can become fair game for smears, pressures and eventually repercussions at their place of work. Also, less than a handful of cases with serious consequences for the public interest or public budget has ever been thoroughly investigated and successfully prosecuted. A good example of that was the Patria arms deal and suspected bribery where the accused was found guilty giving bribes but no one in Slovenia was found guilty of receiving them. Together all this significantly lowers the public’s sensitivity and incentive to report white-collar crime, people also don’t trust institutions and the police, thus they don’t feel that reporting wrongdoing is going to bring them anything but trouble.

Speaking about corruption, in which area of the daily life corruption is especially a problem in Slovenia?

Politics, especially the local level. Slovenia has 212 municipalities, two of which have less than 400 inhabitants. In such tiny settings corruption and conflicts of interest are rife and continue unabridged due to the media’s blind spot when it comes to hyper local rule of law.

How you comment the OECD 2021 report Implementing the OECD Anti-Bribery Convention- Phase 4 Report: Slovenia and following quote: “The Working Group therefore reiterates Phase 3 recommendation that Slovenia seriously step up its enforcement of the foreign bribery offence and prioritise improving detection of foreign bribery”. What should be done?

Wait for another government? To think that the present one will do something about bribery is like hoping that it will do something to protect journalists and ensure that freedom of speech, and by extension of the media, is respected. But even if Slovenia did implement some additional measures to tackle bribery offences, by nationals of foreigners, I really doubt that we would be successful. Slovenia is in many ways a country with an analogue mind while contemporary bribing schemes are very digital, opaque and often span offshore jurisdictions. The latter presents a big problem for almost any law enforcement worthy of its name. But in Slovenia the disconnect between what is wrong and what is prosecutable is even greater. This again is a consequence of our smallness. Too many people depend on corruption or took part in various schemes, thus it is wiser to stay mum or “adjust your view” of what happened according to whichever side you are on. This means survival. Speaking out means destruction.

The EU Whistleblower Protection Directive was adopted in 2019 and the 27 members have until December 2021 to put it into national legal regulations. Do you think Slovenia will manage to finish the obligation in this year?

Unfortunately I don’t. The justice ministry promised to provide a draft law by the end of last year and to run a comprehensive public debate about it in the beginning of this year. It is now July and I see only two options: either the government decided that it will not respect the 17 December deadline for implementation or it intends to push through a half-baked, bad law in blitzkrieg fashion which could signal a disregard for public opinion and participation. It could also be both.

Speaking about Slovenia and media situation in Slovenia, can you please describe the situation in 2021 in some points. What are the main problems?

There are way too many points to talk about. For a long time Slovenia has not been the model country that many people in the region, especially in the countries of the former Yugoslavia, believe it was. If I am happy about one thing under this government, it is that the region, EU and the world now finally know that democratic standards and norms have been dying a slow death under the polished exterior of a picturesque Alpine state. Janez Janša’s third and most damaging mandate could not have happened had we had a strong, vigorous and healthy democracy. Instead, the parallel state that his party has established in the public sector activated itself almost immediately after political calculations brought Janša to power yet again. This is why in just a year and a half this government was able to attack and sometimes conquer the media, NGOs, especially environmental ones, the prosecution, the audit court, the police, including the specialized bureau which is running a very problematic investigation for SDS — a suspected money laundering and tax evasion network allegedly run from Banja Luka by the PM’s advisor. It’s a case of the wolf guarding the sheep and that is incidentally also a suitable paraphrase for the current European presidency. A converted communist who suffers from disregard of human rights and rule of law but speaks about finally enforcing it to crush the communist underbelly of Slovenian media, courts and law enforcement is leading the EU while his party’s satellites are subsidized by a foreign malign power that disregards human rights and the rule of law. What could possibly go wrong?