Aleksandar Obradović was born in February 1979 in Valjevo in Serbia. He worked in the state-run arms factory Krušik in Valjevo. On 18 September 2019 Obradović was arrested at his workplace on charges of disclosing a business secret, after he gave journalists documents showing that a private company, represented by the father of the current Interior Minister in Serbia, was buying weapons at preferential prices. The Prosecutor for the Cyber Crime said that Obradovic is suspected of tampering with business intelligence. The Belgrade County Public Prosecutor opened a criminal investigation on charges of disclosing business secrets, and on 20 September 2019, the High Court in Belgrade ordered Obradović’s house arrest. On 18 December 2019 Obradovic was freed from house arrest by a Belgrade Higher Court. On 6 December 2019, Obradovic was given the ‘A Good Example of New Optimism’ award by the New Optimism, an NGO run by civic activists and in 2020 he got for his work the Key of the town of Sabac in Serbia. 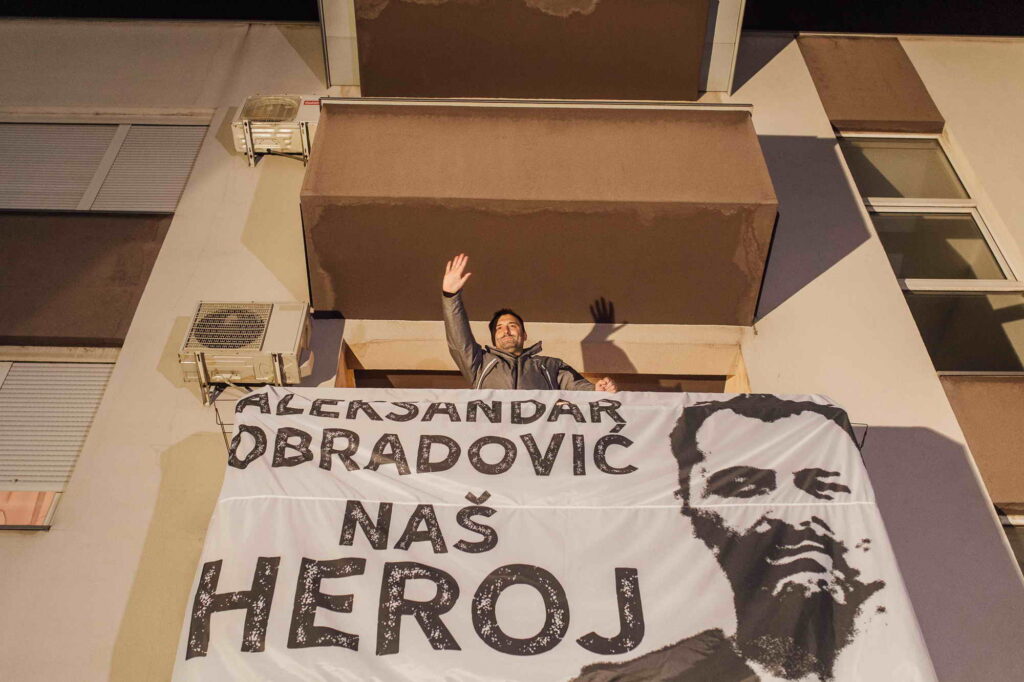 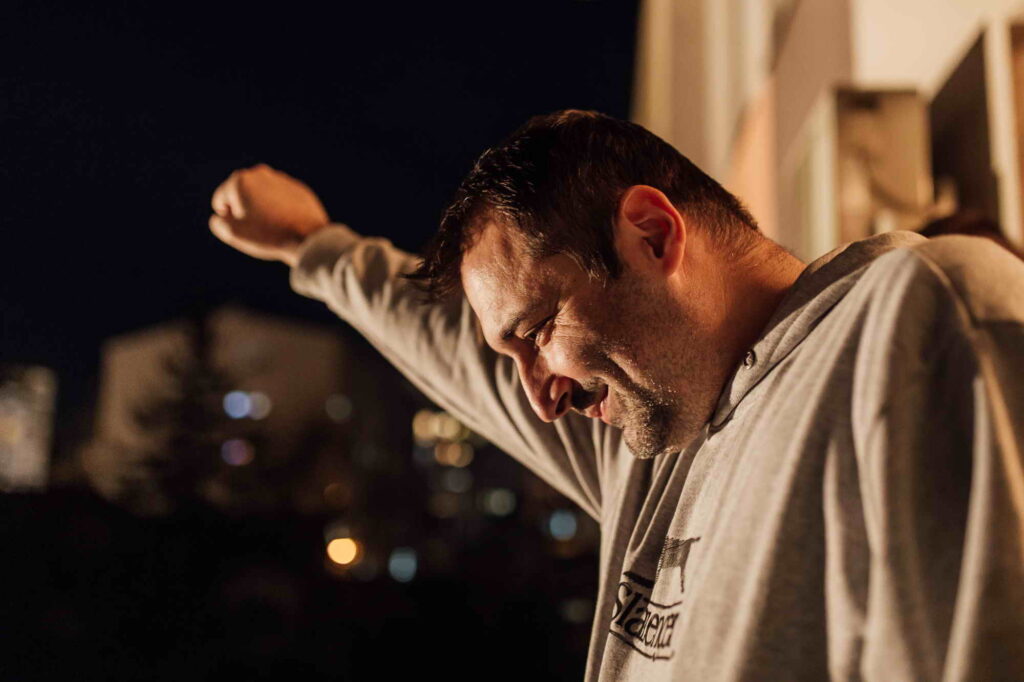 1. Can you please present your case

I was arrested after I have revealed a great number of irregularities and abuse in the way the factory for the production of ammunition, „Krušik “handles its business. I spent in total 90 days in jail and under the house arrest. I am currently a subject to criminal proceedings with a possible punishment between 2 to 10 years imprisonment. The “Krušik” case is a proven, undeniable and undefendable affair which involves the current regime and clearly indicates the manner in which many companies in Serbia function and do their business today. This is a multi-layered affair which encompasses the business dealings of the factory in their entirety for the period between 2014, and 2019, and arises a huge interest of domestic and international public. At the focus of domestic attention is a privileged group of private arms dealers’ companies with close connections to officials and the establishment, which had purchased the factories products at special, privileged prices. At the focus of the international attention is the fact that a great number of these products ended up in the territories which are under the embargo on arms trade.

“Krušik” is a factory well known for the quality of its products all around the world, especially for mortar shells of all calibers, guided and unguided rockets, hand grenades… The factory was established in 1939, and is situated in Western Serbia in Valjevo, about 100 km from capital Belgrade. The factory is state owned. The golden years of the factory were the first half of the 1980’s when it employed over 10 000 people. As result of the UN sanctions against Serbia, the crisis of 90’s and the NATO bombing in 1999, 92% of the factory’s assets and capacities were destroyed. It have greatly affected the further development and functionality of the factory. Today, the factory employs some 3.200 workers and despite the outdated technologies, fierce competition it still prevails at the traditional markets in Middle East and Africa.

3. Are there some special rules for people working in the company, as the factory that manufactures weapons and military equipment

I started working in “Krušik” in 2005, and have immediately become aware that I work in the factory that manufactures weapons and military equipment. In accordance with this fact, the factory imposes a strict set of rules and procedures, which vary from one workplace to another, that have to be obeyed. At “Krušik” there isn’t a single document on file that has been classified as top or state secret. The production utilizes outdated technologies, from the previous century, which manufactures predominantly quality yet outdated products. I was interested exclusively in documents of commercial-financial nature which illustrated and proved a habitual abuse and malversations at the factory’s loss.

4. Why and when you decided to go public with your information.

My main purpose was to expose the truth about the way business is handled and to reveal the mechanisms within the systematic destruction of the factory under the blessing and participation of certain highly positioned representatives of the government. The current regime has won the 2012 elections on the wave of propagated promises to fight the corruption. On a daily bases, everyone who has a different opinion or disagrees in any way with the current establishment becomes the target of abuse and is targeted as a traitor, thief, a foreign spy. And this has been going on for years. You can see with your own eyes what is going on at the factory where you are working. When your conscience and reason command you to act, all of your inner breaks fail to stop you. You know that what you are doing is right and that you are fighting for greater good, with the public interest in mind. When I had collected all of the documentation and proof and became certain that there isn’t a sliver of chance that what I am trying to prove could be disputed or denied, I contacted investigative reporters.

5. How this case changed your life?

In a country in which the government, the regime, is persistently conducting violence over the rule of law and freedom of press and holds not even a minimum of moral standards, the citizens have no state, it doesn’t exist. Serbia is a deeply divided society, and so my case has provoked divided reactions from the public. Those citizens which are exclusively informed through the media with a national frequency and pro-government media, believe that I am a spy, a traitor, a threat to a society. The citizens who have had the opportunity to learn about my story from a very small, limited number of free and independent media thinks that I am a hero. I understand that every regime is afraid of the truth and the truth about “Krušik” is a very painful one, especially for the people who are now in power, still, I did not expect this kind of rhetoric. I walk with my head held high, I sleep with a clear conscience and I can look everybody in the eye.

6. You have been arrested…

I was arrested at my workplace by twelve police officers and members of intelligence. The Higher Public Prosecutor’s office is handling my case under suspicion of “disclosure of trade secrets” with the possibility of 2 to 10 years imprisonment. I have spent 18 days in prison and 73 days under house arrest. On 18 December 2019, I was released to await trial but it has been nine months and the investigation is still ongoing, the indictment has not yet been filed and I have not yet been summoned to give my statement and present proof of my findings.

7. What is the role of media

The greatest contribution to the revelation of the truth about “Krušik” comes from a handful of brave and independent media for which I am forever grateful.

8. Are you afraid for your family?

The fear is a dominant feeling in today’s Serbia – the existential fears; the fear of losing a job, the fear of poverty, the fear of saying the wrong word. Every government successfully manipulates its citizens with fear. Of course, I primarily feel the responsibility and fear for my family. My Lawyer always reminds me that I am “under measures” which means that my phone is being tapped, that the intelligence agency follows my every move and all of my communications. I am just a simple, ordinary man who has not had a single parking ticket in the 40 years of living, let alone a different kind of offence or crime. I am trying to live a normal life under abnormal circumstances, with my family. I don’t turn around in fear and try not to succumb to paranoia.

9. Do you think, you will work once again in Krušik

I think that chances of something like that happening are slim. The gates of the factory are closed for me for what is likely to be a very long time. I wanted to alarm the public in an attempt to save the factory but I was declared a spy and a traitor, while those responsible for the demise of the factory are still there, realizing their plans and enjoying highest privileges.