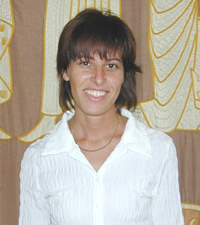 Idea of this project was evidently not independent from the media environment in Hungary. Rumors are about pressure of political and business interest groups; they have a direct impact even on editorial content. Additionally the legal environment does not support investigative journalism: Section 6 of Act 104 of 2010 (so-called Media Constitution) says in exceptionally justified cases, courts or authorities may – in the interest of protecting national security and public order or uncovering or preventing criminal acts – require the media content provider to reveal the identity of the informant. Anyway, these categories are far from being well-defined, so protection of sources cannot be guaranteed at all and self-censorship is an evident consequence of this regulation.

Launch of a new portal is challenging in these circumstances. The worries were not unfounded: just a few days after the start of atlatszo.hu Organized Crime Department of Budapest Police seized a hard disk of editor in chief, just because he did not reveal his source in the case of a hacker attack of a financial company.

In the last four months atlatszo.hu became a significant player in the Hungarian media scene, some of it stories found a way into mainstream media. The real question is how an investigative journalism portal can be financed in long run. Revenues are coming from donations of private persons and foundations, but the viability of this business model has not been proved in Hungary.

There are some examples for non-profit investigative journalism portals (e.g. ProPublica in US), but the size of Hungary cannot compared to US, moreover the economic decline has a negative impact on civil donations. It is the question of future, if it will be just the hobby of some enthusiastic people in long run or atlatszo.hu becomes a significant player on the Hungarian media market as an independent investigative journalism portal.