9 October 2021: Result of the Mission to Turkey

Turkey’s press freedom crisis is being compounded by increasing digital censorship, a group of international press freedom, journalism and human rights groups said following a joint mission to the country this week.

The government has announced plans to table a “disinformation” law that is likely to result in the further criminalization of freedom of expression and independent journalism online. Although a draft of the law has not yet been published, meetings with journalists and MPs confirmed that it is expected to introduce criminal penalties – and possibly jail sentences – for those who spread “disinformation” online. The law would cement the government’s control over one of the last major spaces for free expression in Turkey and, in combination with last year’s social media law, increase pressure on social media companies to become complicit in Turkey’s censorship regime.

While government officials have stated that the law would be modeled on measures passed in other countries, particularly Germany, this comparison is false: the German NetzDG law does not regulate – let alone criminalize – “disinformation”. Moreover, even as press freedom groups have criticized German legislation regulating social media platforms, Germany’s independent judiciary can offer redress in the case of rights violations. Turkey’s courts, meanwhile, are not independent and do not provide protection against the abuse of such laws.

Meanwhile, the mission found an alarming rise in government efforts to discredit independent media that receive foreign funding. This has recently culminated in a bill introduced by an MHP MP proposing mandatory registration for organizations and individuals that receive funding from or are “influenced” by foreign entities. Regardless of whether this particular bill will ultimately pass, it signals that the issue of pressuring foreign-funded organizations is on the government’s agenda. This is an alarming prospect in an environment in which Turkey’s remaining independent media are already demonized and face financial pressure in a heavily captured media market.

Mission delegates discussed the various law proposals with opposition MPs of both the Human Rights Investigative Commission and Digital Platforms Commission of the Turkish parliament. The chairs of the two commissions from the ruling Justice and Development Party (AKP) did not respond positively to requests for a meeting.

The meetings confirmed an ever-worsening environment for Turkey’s remaining independent press ahead of planned presidential and parliamentary elections scheduled for 2023. In addition to the threat of growing digital censorship, journalists continue to face arbitrary prosecution and judicial harassment through anti-terror, defamation, and other laws. There has been a profound erosion of the rule of law in the country, and the judiciary is largely politicized and unable – with the partial exception of the Constitutional Court – to protect fundamental rights. Indeed, virtually all interviewees highlighted the lack of an independent judiciary as the root of Turkey’s press freedom problems. Despite a judicial reform strategy announced with much fanfare two years ago, little progress has been made to reverse this situation.

In a meeting with Turkey’s Constitutional Court (TCC), which despite the overall climate continues to play a key role in protecting fundamental rights, the mission urged the TCC to speed up decisions involving violations of press freedom. Mission delegates noted that many of the TCC’s positive rulings have nevertheless come late for the victims. In some cases the TCC has not yet issued a ruling despite a severe ongoing rights violation, including the detention of journalists. The refusal by lower courts, in a number of cases, to implement Constitutional Court decisions was also a central topic of discussion.
Meetings also confirmed that political capture of state institutions extends beyond the courts to include key regulatory bodies such as the Radio and Television High Council (RTÜK). İlhan Taşci, a RTÜK member nominated by the opposition Republican People’s Party (CHP), told the delegation that the independent television broadcasters faced a growing number of arbitrary fines and broadcast bans, even as pro-government media almost never face sanctions despite public complaints. The mission had requested an official meeting with the RTÜK chair, nominated by the AKP party, but did not receive a response.

The delegation also raised concerns in its meetings over the rising number of physical attacks on journalists in Turkey and corresponding impunity for the assailants. The mission urged members of the Parliamentary Human Rights Investigative Commission to specifically examine this issue on a cross-party basis.

In view of the global problem of increased surveillance of journalists by governments, the delegation also raised concerns about the apparent absence of parliamentary oversight of the use of surveillance technology by Turkey, including against journalists..

In briefings with the European Union delegation as well as representatives from 23 foreign embassies, the mission – while acknowledging existing efforts – called for stronger public solidarity with journalists under attack as well as more robust criticism of Turkey’s co-opting of the digital space through the social media and “disinformation” laws.

For the first time, the international mission did not receive a positive reply for a meeting from any government office. Requests to the justice minister and transportation and infrastructure minister as well as the communications directorate of the presidential office did not receive a response. The Council of State declined a meeting. This prevented an exchange of views with representatives of the government on these critical topics and precludes the mission from directly including their government’s perspective in a full report to be published later this autumn. 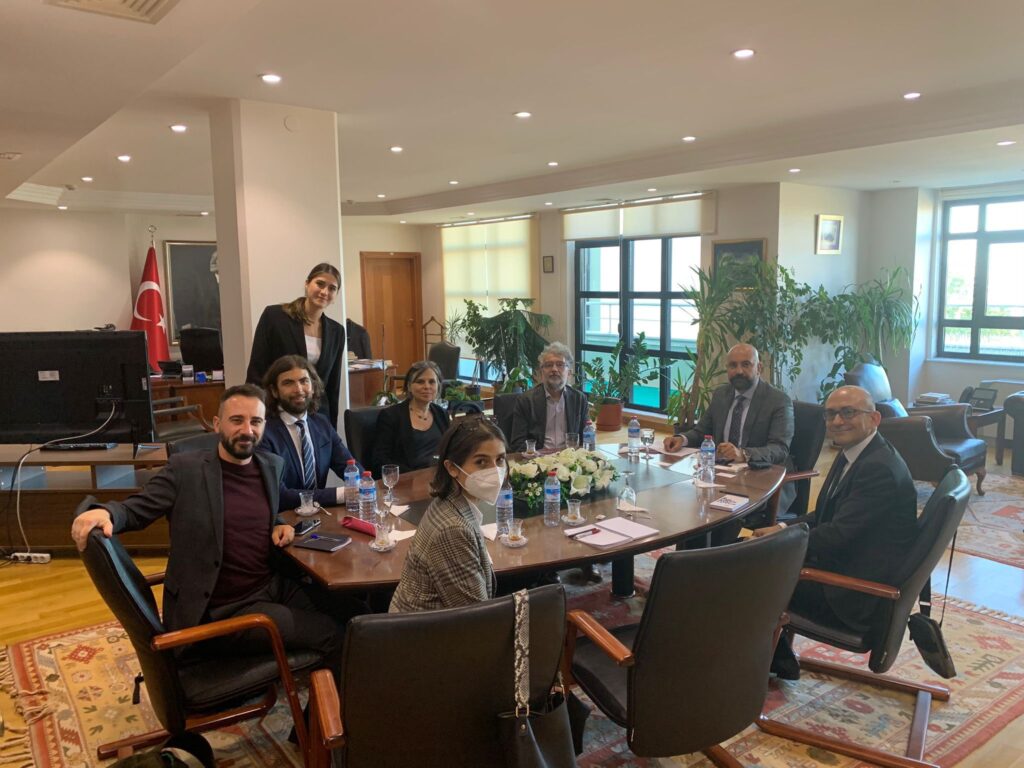 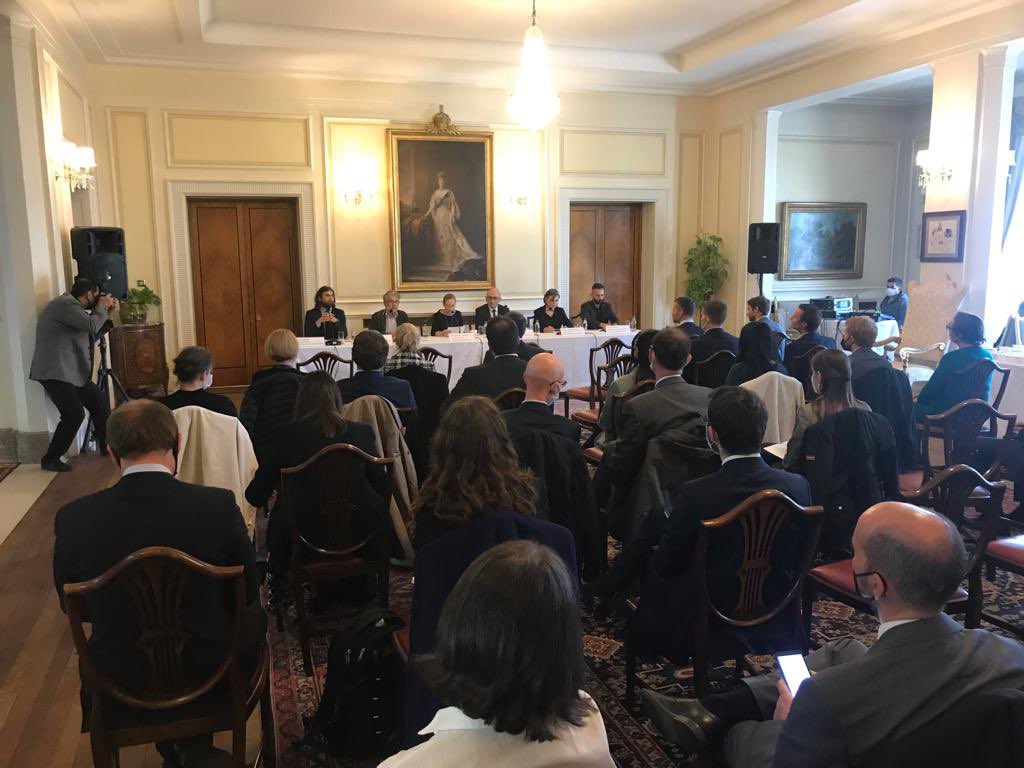 A coalition of international press freedom and journalist groups will carry out a three-day mission to Turkey this week to investigate serious, continued threats to independent journalism in the country.
From October 6 to 8, mission delegates will meet in Ankara and Istanbul, as well as online, with editors, journalists, local civil society groups, Turkish MPs from various political parties, members of government regulatory bodies, foreign diplomats, European Union officals, representatives of leading global tech companies, and the Turkish Constitutional Court.

The mission will hold a press conference at 16:00 Turkey time (15:00 CEST) on Friday, October 8 to share the results of the meetings and the partner organisations‘ analysis of the state of press freedom in Turkey.

The press conference will also be held online here:

The conference will be held in Turkish and English with interpretation for online participants. 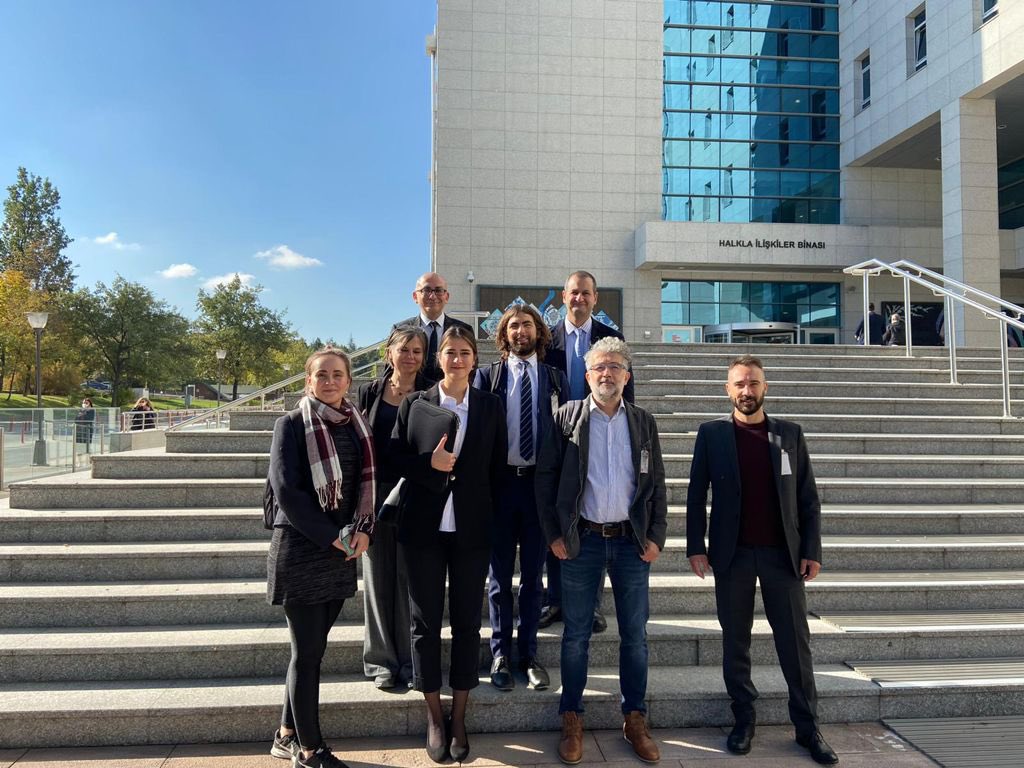 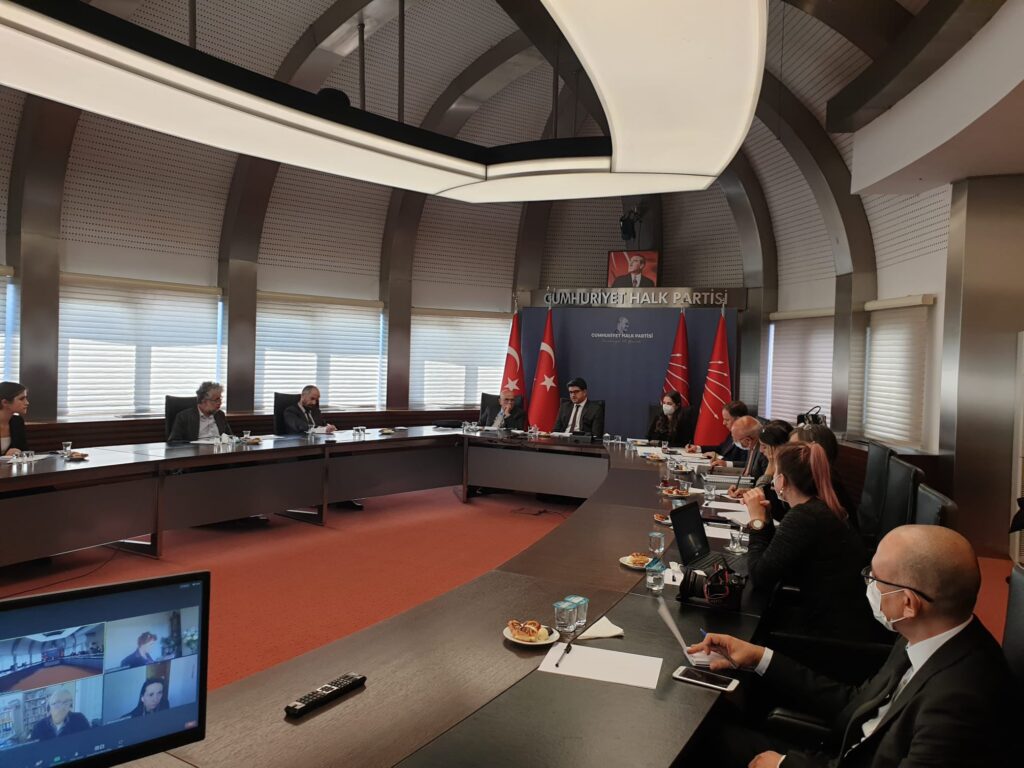