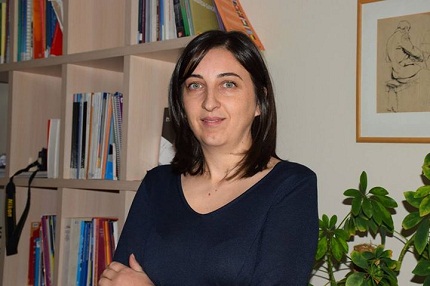 The CEI and the South East Europe Media Organisation (SEEMO), in special partnership with the Media Program South East Europe of the Konrad Adenauer Stiftung (KAS), have announced the winners of the “CEI SEEMO Award for Outstanding Merits in Investigative Journalism” 2015: Aleksandra Bogdani in the section “Professional Journalists” and Nadia Burdey in the section “Young Professional Journalists”.

Aleksandra Bogdani, an investigative journalist and editor at the Balkan Investigative Reporting Network (BIRN) in Albania, has been awarded for her overall professional achievements as an intrepid reporter covering complex stories of human trafficking, organised crime and child abuse, corruption and national security. With more than a decade of experience working as a reporter, editor and deputy editor in chief in different media outlets in Albania, including the dailies Mapo, Shekulli and Top News TV, Bogdani has particularly impressed the jury by the courage shown as a woman producing an in-depth series of six investigations on the network of recruiters who send hundreds of Albanian muslims off to fight in the Syrian civil war as jihadists for the Islam State of Iraq and Levant, ISIS and the al-Nusra front.

Nadia Burdey from Ukraine has been awarded as a promising young journalist who follows high professional standards in a difficult environment in which these standards are not widespread. Working in ZIK TV’s weekly investigative program “Our money” that focuses on corruption in state procurement and power abuse, Burdey reported on conflicts of interest between business and politics, which remain an important topic in Ukraine. In particular, her recent investigation about the illegally acquired and undeclared property of the Deputy Minister of Internal Affairs of Ukraine resulted with the resignation of the official.

Bogdani and Burdey will officially receive their awards offered by the CEI (4,000 EUR and 1,000 EUR respectively) on the occasion of the South East Europe Media Forum (SEEMF) to be held in Bucharest, Romania on 5-6 November 2015.

A Special Mention has been assigned to the Montenegrin reporters Mirko Boskovic (RTCG) as well as to Vlado Otasevic and Ana Komatina (CIJ Montenegro) for contributing to the advancement of investigative journalism in their country. In particular, Mirko Boskovic launched the investigative show “Mechanism” on RTCG in March 2015, marking a historical breakthrough for Montenegro’s public broadcaster as a first noticeable criticism of official policy. Vladimir Otasevic and Ana Komatina jointly published a number of relevant investigations as members of the newly formed Center for Investigative Journalism Montenegro (CIJ Montenegro), including the exposing of the secret dual citizenship agreement between Montenegro and Macedonia.

25 nominations, covering eight countries, have been submitted this year, confirming the region-wide impact and relevance of the Award.