The Dr. Erhard Busek SEEMO Award for Better Understanding in 2008 to Brankica Stankovic, from RTV B92, Belgrade, Serbia 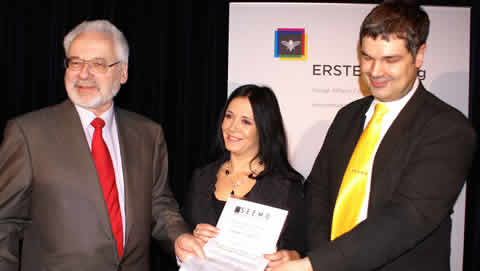 The Vienna-based South East Europe Media Organisation (SEEMO), a network of editors, media executives and leading journalists from South East Europe and an affiliate of the International Press Institute (IPI), is pleased to announce the winner of the 2008 Award for Better Understanding in South East Europe.

After careful deliberation, the SEEMO Jury has chosen Brankica Stankovic, born in October 1975 in Belgrade, Serbia. Stankovic has been working as an editor for TV B92 in Belgrade since 1997.

The SEEMO Jury based its decision on the integrity and personal courage demonstrated by Stankovic in carrying out her work. Her outstanding efforts in journalism, have contributed toward a better understanding and removing barriers between nations in South Eastern Europe. 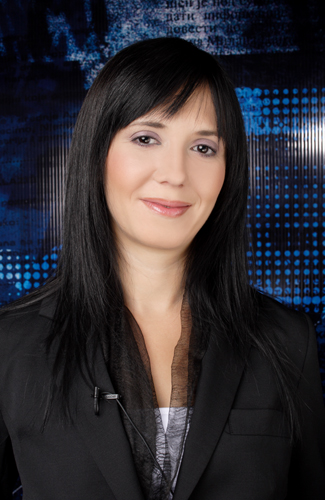 In the course of her work, Brankica Stankovic introduced new and improved standards of professionalism to Serbian journalism and has addressed in her TV show, The Insider (Insajder), important issues that have been either concealed or sidelined by Serbian authorities. The Insider has attracted much attention and, as a consequence, the authorities have often resorted to launching investigations, pressing charges and issuing warrants. Even political leaders have felt it necessary to comment on allegations made in her show.

The 2,000 EUR media award is sponsored by Dr. Erhard Busek, former Vice-Chancellor of Austria, Coordinator of the Southeast European Cooperative Initiative (SECI), Chairman of the Institute for the Danube Region and Central Europe (IDM), and President of the European Forum Alpbach, and is awarded every year to a journalist, editor, media executive or journalism trainer in South East Europe, who, through the media, has promoted better understanding among peoples in the region, worked towards solving minority-related problems, and fought against ethnic discrimination, racism, and xenophobia, among others.

In 2002, the jury honoured the Croatian journalist, Denis Latin, with the award. In 2003, it was presented to Kemal Kurspahic, former editor-in-chief of the Sarajevo daily Oslobodjenje. Brankica Petkovic, Head of the Center for Media Policy at the Peace Institute in Ljubljana, Slovenia, was the recipient of the 2005 award. Danko Plevnik, international relations columnist for the Croatian daily Slobodna Dalmacija in Split, was the winner of the 2006 award, and Milena Dimitrova, commentator for the Bulgarian daily newspaper Trud in Sofia, was last year’s winner.

The Sixth Dr. Erhard Busek SEEMO Award for Better Understanding in South East Europe will be presented in Vienna on 16 November 2008 by Dr. Erhard Busek, and by SEEMO Secretary General Oliver Vujovic.

The South East Europe Media Organisation (SEEMO) is pleased to announce the Dr. Erhard Busek – SEEMO 2008 Award for Better Understanding in South East Europe.Sponsored by Dr. Erhard Busek, special coordinator of the Stability Pact for South Eastern Europe, the 2,000 Euro award will be given to a journalist, editor, media executive or person educating journalists in South Eastern Europe, who promotes a climate of better understanding among people in the region and who works towards ending minority problems, ethnic divisions, racism, xenophobia, etc.

In 2002, the international jury chose Croatian journalist, Denis Latin, as its recipient of the Dr. Erhard Busek – SEEMO 2002 Award for Better Understanding in South East Europe, in recognition of his outstanding efforts in journalism, which contributed toward better understanding in South Eastern Europe. In 2003, the award was presented to Kemal Kurspahic, former editor-in-chief of the Sarajevo daily Oslobodjenje.

The 2005 Award was given to Brankica Petkovic, Head of the Center for Media Policy at the Peace Institute in Ljubljana, Slovenia, and editor-in-chief of the book versions of Media Watch and Media Watch Journal. She is also the author of a number of articles on media representations of minorities, with a special focus on the Roma minority in Slovenia. In 2006 the Croatian journalist, Danko Plevnik, international relations columnist for the Croatian daily Slobodna Dalmacija from Split, was the recipient of the Dr. Erhard Busek – SEEMO 2006 Award for Better Understanding in South East Europe. In 2007 the Bulgarian investigative journalist Milena Dimitrova received it for her outstanding efforts in journalism which contributed toward better understanding in South Eastern Europe.

If you know of anyone who would be a worthy recipient of the Dr. Erhard Busek – SEEMO Award for Better Understanding in South East Europe, please send a letter to SEEMO with basic details about the person (along with a professional CV, describing why she / he should receive the award), as well as the contact information of the person (media organisation, address, phone, fax, email). In case you would like to nominate a media outlet or an organisation / institution, please always provide details of its representative, because this award can be presented only to individuals.

If your nomination is supported by an organisation / media outlet, please send us the name of the contact person supporting your nomination, as well as basic information about the organisation / media outlet. If your nomination is supported by another individual or individuals, please send us their details and contact information. We would also need your own details and contact information (address, phone, fax, email, mobile phone). Please note that members of the jury cannot be nominated for the award. Any additional material about the nominated person (such as TV reports on video or DVD, audio reports on cassette or CD, or articles in newspapers),if possible with a short English translation, are welcomed. Unfortunately, supporting material cannot be returned, so please always send copies of the original material. Please send your nomination and supporting documents to:

The deadline for applications for the 2008 Dr. Erhard Busek – SEEMO Award for Better Understanding in South East Europe is: 1 June 2008. The Award will be presented on 16 November 2008 in Vienna/Austria.