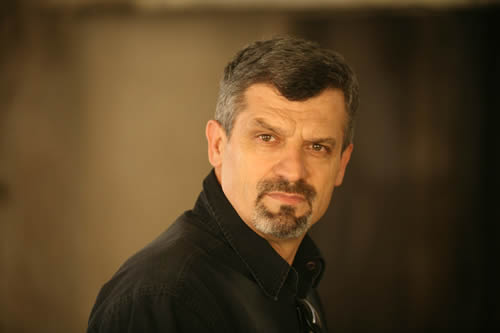 The Vienna-based South East Europe Media Organisation (SEEMO), a network of editors, media executives and leading journalists in South East Europe (SEE) and an affiliate of the International Press Institute (IPI), is pleased to announce the decision of the SEEMO Board to name the journalist, writer and fighter for human rights, Seki Radoncic, as the recipient of the 2007 “SEEMO Award for Mutual Cooperation in South East Europe”.

After careful deliberation, the SEEMO Board Members have chosen Radoncic as the winner. Radoncic published the book, “Black box”, describing illegal activities of the police in Montenegro between 1992-2000. In the book, “Behind the Mask”, he wrote about the influence of the secret police in Montenegro. Radoncic is also the author of the book, “The Fatal Freedom”, in which he researched war crimes against refugees from Bosnia-Herzegovina in Montenegro. According to his research, 83 persons were killed. This resulted in criminal charges filed by the state prosecutor against several police officers in Montenegro. The Bosnian-Herzegovinian film, “Karneval” (Carnival), was based on “The Fatal Freedom”. The 2006 movie, directed by Alen Drljevic and produced by Boro Kontic, has received several awards at film festivals.

Radoncic also published several other books, and is a regular contributor of articles to newspapers in all parts of the former Yugoslavia, including the Montenegrin daily Vijesti, the weekly Monitor and the Bosnian-Herzegovinian daily Dnevni Avaz. He is also one of the founders of the Montenegrin Helsinki Committee. During his career, he has received several death threats, including a bomb that exploded in front of his house in Sarajevo. Because of his critical reporting, he also received a prison sentence in Montenegro in 1994.

In the year 2002, Christine von Kohl, editor-in-chief of the Balkan – Südosteuropäischer Dialog magazine received this award. In the year 2003, the recipient was Nebojsa Popov, founder of the Belgrade magazine Republika. Fatos Lubonja, an author from Albania, was the recipient of the 2004 award. Abdulhalim Dede, a journalist and a member of the Turkish-Muslim minority living and working in Western Thrace, Greece, was the 2006 recipient.

Media and Elections – About
The Dr. Erhard Busek SEEMO Award for Better Understanding in 2008 to Milena Dimitrova from Bulgaria